Home/Church Talk/church growth/To reach the Nones and Dones, focus on the Ones. 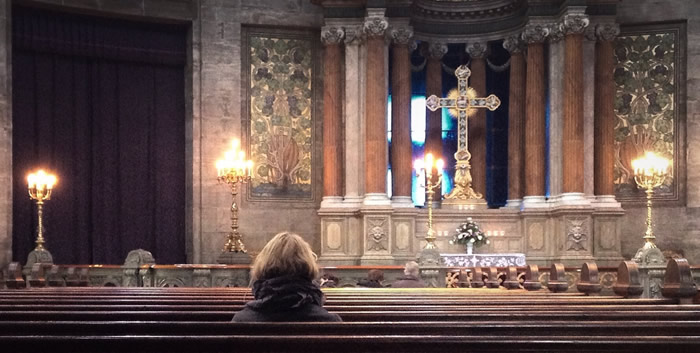 For all the church people fretting about the Nones and the Dones, real transformation can come when churches focus on the Ones.

The Nones and Dones…

Over the past few years, religious studies experts have written about two groups who are negatively affecting religion in America.

Reams of paper have been printed and billions of pixels have been lit up with analysis and advice of how to deal with these two phenomena.

But I think churches would do better to focus on a third group: the Ones.

The Ones are folks who adhere to a church (not a None), and attend that church (not a Done), but only participate in only ONE activity in that faith community.

In the Pacific Northwest, my ministry context, The Ones also include folks who are connected with the church through one of its outreach or community offerings. There are folks who only attend a Sunday School class, who only attend particular service opportunities, and who only attend events that cater to their age group. Their “one” thing isn’t even worship: it’s another aspect of the faith community–and to be fair, they attend faithfully and fully!

Ones do one thing, and often do it well. But as their resident theologian and pastor, this is problematic for me.

Why is this bad?

The Ones are, oddly, valued by pastors–for the wrong reasons. They attend and are members, often tithe, but don’t participate elsewhere in the church. They give a “plus one” to the two statistics that are most looked at (attendance and membership), and they often passively accept whatever the church does.

But we are doing people spiritual disservice when we allow them to stay in their one activity. When people participate in two aspects of a faith community, they are able to bring different parts of themselves to their spirituality. It’s not just a difference between broadcast spirituality (worship) and interactive spirituality (education, service, witness). Rather, they are able to apply their faith in a faith context, which makes it easier to apply their faith in secular contexts. Even for those who attend service events and not worship, imagine how fulfilling their service would be with the week’s message as a conversation partner.

To be clear, there are certain folks who are justifiably Ones. The very elderly and those with disabilities often participate in worship and maybe a handful of other events each year. That’s fine and they are not the focus of this conversation–though I always tell them they can join the Prayer Team and if they can receive prayer requests by phone or letter, they can pray and then they ARE involved in worship…plus one. 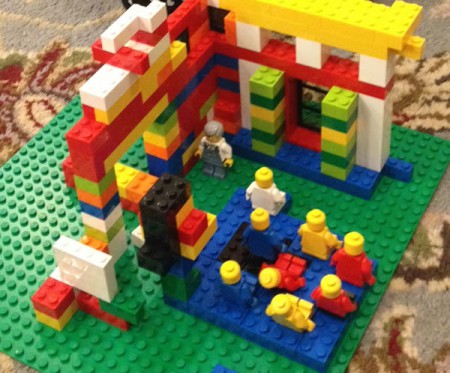 How do we reach the Ones?

Imagine if everyone in your pews was involved in ONE other part of the church on a regular, intentional basis. What transformation might take place?

Rev. Jenny Smith, a United Methodist clergywoman in Washington state, shared with me how her previous church in Alaska ministered with The Ones. St. John’s United Methodist Church in Anchorage began a Worship+ intentional process: they wanted church members to be in worship plus at least one other activity in their faith community. Among other things, they began offering a dedicated “discipleship hour” on Sundays with a variety of offering (not just Sunday School classes). After a year of Worship+, they discovered three things:

My local church is another example. We began intentional efforts to get 50% of the congregation involved in a small group. When we began the three-year project, about 27% of the church was involved in a small group, but some of those groups were longtime social groups, closed to outsiders. By doing intentional coordination and similar values-sharing of “we want you in worship AND any of our small groups,” within three years we crossed the 51% threshold last August.

Both of these are mainline churches in The None Zone that should be declining, but instead have experienced an increase in discipleship among the people already participating–and it has led to numerical growth as well and an increased number of people who are applying their spirituality in different ways, both in sacred and secular spaces.

When The Ones become Twos

When I was applying to seminary, my entrance essay was about how The Great Commission was about discipleship, not evangelism. When Jesus said in Matthew 28 to “make disciples of all nations,” He didn’t say “make Christians of all nations.” Discipleship is more than believers and members of churches. I think discipleship means to enter into the types of situations where our faith is applied, and I believe that happens best when we participate in MORE THAN ONE aspect of the church.

When The Ones becomes The Twos, the math doesn’t work out because they often experience exponential growth in their applied spirituality. For this reason, I firmly believe raising the bar for discipleship will be better for everyone. No matter how high or low a commitment that Plus One activity is, it opens up a space where transformation happens.

The winnowing of the church is ahead of us, and in many areas it has already begun. I believe discipleship will carry us through the time ahead, not evangelism directly.

With the media machine focusing on the worst Christians they can find who are calling for more guns and less refugees, and with mainline denominations distracted by internal sexuality discussions, we need to stop looking to the talking heads for revival, and focus on the grassroots to empower/encourage/inflame our church members to enter into a new season of discipleship. It may be our only way to thrive in a world gone mad.