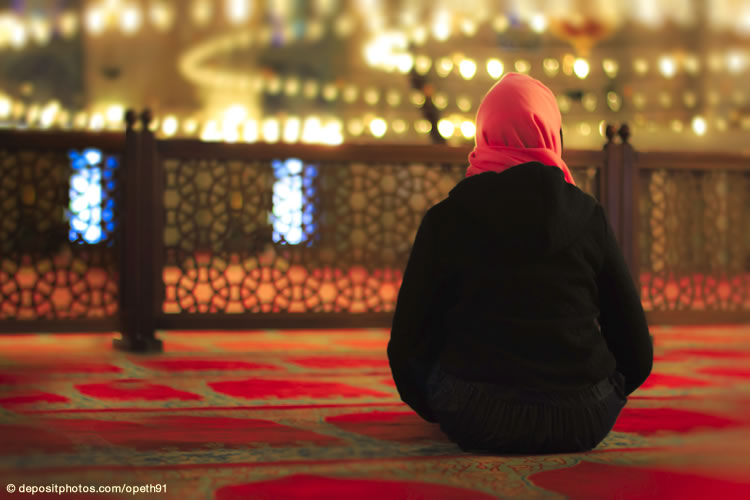 A Study edition of a Qur’an is a helpful step to combatting extremism, but there’s a more effective way to go about stopping religion from being used to justify extremism. 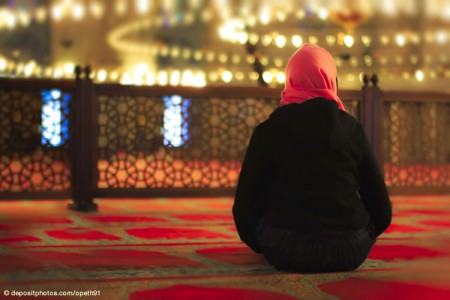 Islam has been under intense scrutiny in recent years as horrific extremist groups have justified their rape, murder, and terrorist acts under the guise of Islam. From ISIS to Boko Haram to random extremists, many groups use Islam as a tool to warp young minds to become suicide bombers and give order to an otherwise chaotic existence.

What can be done? How can we take up the taproot of these extremist groups: their interpretation and application of the Muslim holy book of the Qur’an?

A Study Qur’an to Combat Extremism?

Recently, scholars have put together a Study Qur’an that gives commentary or interpretation of troublesome passages on the same page as the text. In this way, new Muslims or Muslims who would normally not read a commentary would have easy access to the context of the passage.

This matters because some passages in the Qur’an are taken out of context and require commentary:

Take, for example, verse 47:4, a text that ISIS has used to justify its brutal beheadings of its captives in Iraq and Syria. It reads:

“When you meet those who disbelieve, strike at their necks; then, when you have overwhelmed them, tighten the bonds. Then free them graciously or hold them for ransom, till war lays down its burdens. …”

Taken alone, the first sentence could be read as condoning the killing of non-Muslims wherever ISIS encounters them, whether it be an Iraqi desert or Parisian cafe.

But the context makes clear that the verse is “confined to the battle and not a continuous command,” Lumbard said, noting that the verse also suggests prisoners of war can be set free, which ISIS apparently ignores.

While there’s some controversy around the Muslim scholars who put it together, I think the idea is a grand one. By offering some commentary, even to call some popular interpretations into question, this could go a long way if a person with a tendency to extremism is guided to a different path from the get-go. 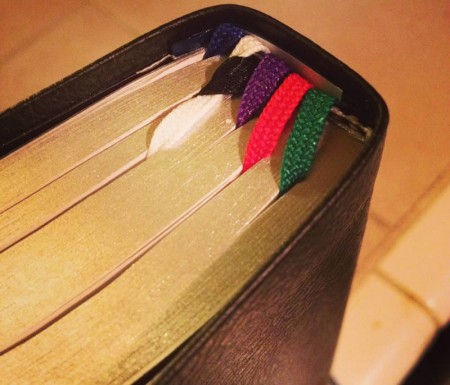 The same standard for Christians?

But the thing is…we should hold Christianity to the same standard. If we demand that the Qur’an be read with an interpretation, then we should require the same of the Bible.

As a recent video showed by reading from the Bible and telling people it was from the Qur’an, Christians just don’t know what is in our Bibles and are just as susceptible to believing something is in our Holy Book when it is not.

So every Bible sold should include some commentary sections:

There’s entire denominations that misinterpret Scripture. By replacing every Bible-alone with a study Bible, it may go a long way to transforming how we read it.

I cannot for the life of me find the originator of this quote (please let me know in the comments if you do!), but it’s something like: “Don’t just read the Bible. Study it, or don’t read it at all.”

Unfortunately, Christians tend to ignore that admonition and do one of two things:

Both of which are exactly the problems we find with problematic interpretations of Holy Scripture, in both Christian and Muslim traditions: they read out of context or without interpreting what the text actually means. And Christians have a plethora of every conceivable Study Bible under the sun, with new ones out every year.

The availability of Study Bibles hasn’t ceased erroneous interpretations of Scripture, or stopped entire denominations from excluding women and LGBT persons from the life of the church. So I have little faith that a study Qur’an would offer anything substantially different. 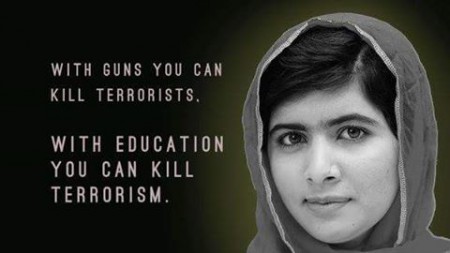 Perhaps a better approach is for Christians to simply ensure that every child has the quality of life to get an education. Critical thinking skills that allow someone to fend off the two worst threats to eternal Truth:

Two of the biggest enemies of the truth are people whose job it is to sell us incomplete versions of the available facts, and the simple absence of accurate information

The young woman Malala Yousafzai has the quote in the image above, along with this one:

The best way to fight terrorism is not through guns. Its through pens, books, teachers and schools.

As much as we believe that people–if given the right interpretation–will choose it, human nature is to seek Truth out for ourselves.

Perhaps it’s in the kenotic self-emptying of our money, teachers, and talent into the slums of America and the dangerous places of the world that we will defeat terrorism, which is much harder than a commercial marketing campaign for a study Qur’an.

My hope is that people serious about ending terrorism, from policy-makers to educators on the ground, get the support and courage they need to transform the world, one educated child at a time.