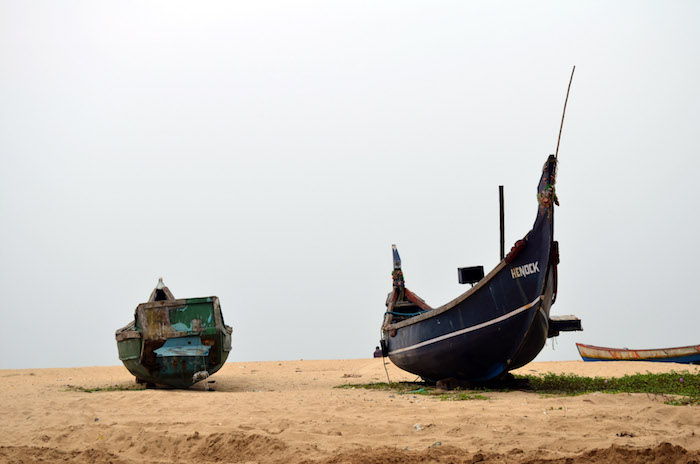 There’s a secular wave crossing the country, starting at the West and Northeast coasts and moving inward. So how is the United Methodist Church, through its publishing and resourcing arms, empowering ministry and missions in these areas?

Having pastored churches in the Northeast and the Bible Belt, I’m highly aware of regional differences in “how to do church.” As a pastor currently in the Northwest, I flip through religious book catalogs filled with smiling southern males and ask “How many of these people know my context? How many are writing from a place where Christianity looks more like the None Zone than the Bible Belt?”

Six months prior to this post, we investigated precisely this question by examining the new books being offered by Abingdon Press, the publishing arm of the United Methodist Church. We found 59% of the new and featured authors from Abingdon Press come from the Bible Belt and surrounding areas, while only ~8% are from the West.

It’s troubling–and even more troubling if the tiny percentage is due to financial reasons rather than missional ones. Roger Wolsey, author of Kissing Fish, commented at the time:

I was informed by the editor of Abingdon in 2009 that they wouldn’t publish my, then unwritten, book Kissing Fish as she admitted that they’re a) publishing fewer books aimed at non-Christians; and b) focusing on books that sell well in the Bible Belt.

In short, the authors being sought out by Abingdon Press seemed to reflect its biggest market (the Bible Belt) and not America’s biggest missional need (the rapidly secularizing West and Northeast). Click here for the full report.

Today, we turn to Cokesbury Book Store. Formerly a brick-and-mortar store, Cokesbury draws from dozens of publishers for its new books, not just Abingdon Press. Since this blog prides itself on “doing the work,” Hacking Christianity tallied the Fall 2015 “Books and Bibles” Catalog based on the author’s location. For consistency with the previous work, we excluded Christian Fiction, daily devotionals, repackaged classics, and international authors. Finally, the books considered were the ones marked “New” which would benefit from the most push from social media, direct mail, and the perpetual email advertisements.

The results? Here’s the 107 “new” books divided by author and American region of United Methodism: 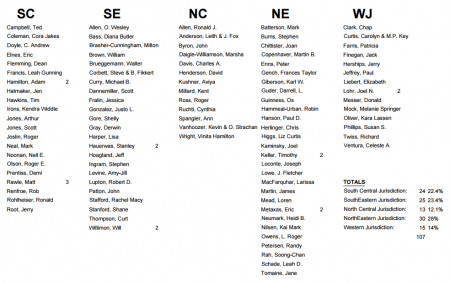 As we can see, these numbers are much more encouraging. While 42% of the books come from the two areas closest to creeping secularization, a massive number of them come from New York’s publishing center, and they include some big-name people (Joan Chittister, Timothy Keller, Fr. Martin, Eric Metaxes, etc).

From the West, Cokesbury includes 15 authors from the West, though only two are from Abingdon. That number is not fair to Abingdon as this is Cokesbury’s call of “who to highlight” but it still reflects a shortcoming compared to other regions.

In short, Cokesbury offers and highlights a better percentage of books of homegrown voices that reflect upon ministry and missions in secular cultures beyond the Bible Belt. And that’s very helpful for pastors like me who want to know how others are doing mission and ministry in cultures that skew closer to post-Christian than overwhelmingly Christian.

It will be interesting to see if resourcing the secularized mission fields is a trending up or trending down pattern in the years after the closing of Cokesbury’s brick-and-mortar stores.

Speaking as the former Seattle Cokesbury store manager, We always supplemented the Annual Conference offerings from the store due to regional differences. I also remember Cokesbury sending me the Excel file with the Annual conference booklist to adjust quantities (within certain guidelines). I’d minimize the number of books that were largely irrelevant in the Pacific Northwest, and maximize those that were very relevant…

At one time, before the stores closed, Cokesbury published the Good Books Catalog, and consulted with store managers regarding what books should be featured. I was one of those managers, and I can say that none of us were what you would call “conservative.” But Cokesbury laid off Renee Jenkins (who was responsible for the catalog), cancelled the catalog, and then closed the stores. That certainly diminished the diversity of voices available to Cokesbury’s marketing.

We see that at one time, before the reactionary corporatization of Cokesbury due to dwindling sales, the local stores had the autonomy to be more relevant to our context and lift up the voices of people doing good work in similar contexts (as stated previously, not everywhere reflects the cultural norms of the Bible Belt).

It’s too bad, really. The West is doing amazing, creative work. We’ve got a church in a bar, a church which allows persons experiencing homelessness to sleep on its property (another opens up its parking lots), a shared meal fellowship. a modern-day circuit of churches, and more!

When you see the successes alongside the institutional setbacks, no wonder so much of United Methodism wants to gerrymander us away or to defund us even more. Imagine what a progressive Wesleyan powerhouse these front lines of United Methodism would be with actual resources behind us!

As with last time, this is not a pitch to get a book deal for me or anyone else.

This is a reminder to the rest of Methodism that the local churches in the most difficult hard-to-achieve-quick-success segments of United Methodism have fewer resources that speak to and from their ministry context. How missional is that? How much more is this like “No Church Left Behind” where we reward “success” in the Bible Belt with more books, and eschew resources for secular West and Northeast that perhaps need it most?

May we find a better balance of voices that lift up the temples of United Methodism, found in the Bible Belt, while also supporting and resourcing the tents found in the margins.