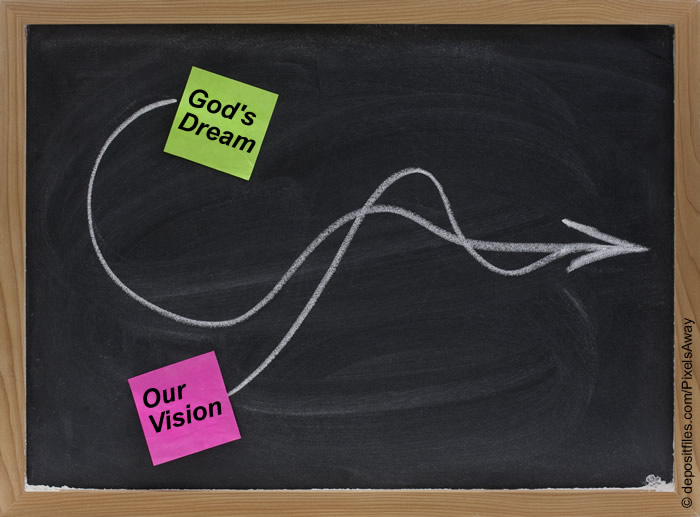 The trajectory argument is often used to discredit affirmations of LGBT inclusion. However, even using that lens in more rigorous ways, we see that LGBT inclusion is found using it. 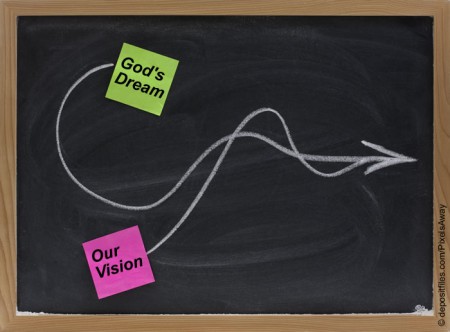 Rev. Adam Hamilton, a United Methodist pastor, wrote a while back about how he believes that passages about homosexuality seem culturally-bound like the pro-slavery passages in the Bible:

For many Christians today, particularly young adults, the handful of Bible verses related to same sex intimacy seem more like the 100 plus verses on slavery than they do the teachings of Jesus and his great commandments to love God and neighbor. Their gay and lesbian friends are people, just like them, in need of love and community. I believe that in the years ahead an increasing number of Christians, not only progressives, but also conservatives, will read the Bible’s passages regarding homosexuality as all Christians today read the Bible’s passages on slavery.

In response, two conservative titans responded with the “trajectory” argument that argued the verses about slavery, women, and homosexuality were not comparable. Rev. Maxie Dunnam, former President of Asbury Theological Seminary, helpfully articulates what the trajectory argument is:

When we appeal to Scripture in determining our faith and our lifestyles, we have to do more than use isolated texts, or even isolated “bundles of texts.” We have to allow scripture to interpret scripture, and I believe that is often best done by thinking of the “trajectory” of the larger narrative. [For Example] it is clear as you read the whole of Scripture that the witness does not support human slavery…the “trajectory” is clearly opposed to one person being a slave to another, the affirmation is that every person is a unique, unrepeatable miracle of God, all precious to God and of utmost value…none more valuable than another.

However – and this is the crucial point – no such redemptive movement occurs around the issue of homosexuality. Homosexual behavior, along with a whole range of other sexual sins, is consistently condemned in the Bible. Take time to read Genesis 19:1-11 and Leviticus 18:22 and Leviticus 20:13 and Judges 19:11-24 and Romans 1:18-32 and I Corinthians 6:9-11 and I Timothy 1:8-10 and Jude 7. There is no movement toward relaxing the biblical prohibition against homosexual behavior. In fact, these texts push hard in the other direction.

Though conservative evangelicals sometimes have difficulties with the trajectory hermeneutic (1, 2, 3), I’ve seen over the past few years this “see the anti-gay forest through the trees” approach become more commonplace. Hence, a need to respond and give a better framework to it.

Does the Trajectory actually work?

Let’s take the argument at face-value. Applying the trending hermeneutic to LGBT inclusion, let’s name one celebration: Paul’s letters stating people who have gay sex won’t go to heaven is a whole lot more supportive than the Old Testament “kill people who have gay sex.”  So even though the progress isn’t as far as other social issues, there is an evolving trend towards societal openness if only that it’s not permissible to kill gay people anymore.

However, that’s not enough. Is there a better way to apply the trajectory argument?

I think these trajectory method falls short in a historical context: the trajectory is only applied to the canonized compilation of Scripture, finalized in the fifth century. But how did the earliest Christian communities and respondents to the life of Jesus Christ evolve in their understandings? If there is a trajectory in the Scriptures regarding a topic, the question is whether the trajectory is found in the Bible “as canonized and compiled centuries later” or in the Bible “as historically written” (ie. chronologically).

I’d be interested to see if there is a different trajectory in the timeline of when these texts actually emerged, not how we compiled them centuries later.

What about a Chronological Trajectory?

Marcus Borg’s Chronological New Testament places the books in the Bible in order of writing, which differs from the order found in the New Testament as canonized (there are other theories that differ on where to put Revelation–thankfully, it is inconsequential to this discussion). Reading through it, the trajectory looks very different, even for women and slavery:

So if we are following the trajectory hermeneutic, there is a trend towards more openness both chronologically and traditionally, and more relegation of judgment to God–which I think is a good thing.

Finally, in an LGBT-affirmative Bible study, progressives know that the bible verses quoted by Tennent above don’t actually apply to people who are homosexual in their orientation: they all refer to straight people doing gay acts (“against their nature”) or other sexual boundary-crossings. So is there a trajectory for LGBT persons in Scripture?

Turns out yes. The closest image we have to sexual minorities in Scripture is the eunuch, who begins quite outcast by Hebrew society but then is fully embraced by God in the Christian tradition.

Eunuchs in the Bible are described as men whose genitals are crushed or disfigured. While one imagine a physical difficulty, it also applies to men who didn’t respond to women the way heterosexuals would (a physical tell quite obvious for men).

In short, the trajectory for a sexual minority, excluded from religious life, then privately included by God by call and blessings, then publicly embraced by Christians…well, that basically parallels the LGBT experience in Christianity.

The trajectory argument is another method used to discredit affirmations of LGBT inclusion. However, even using that same lens in more authentic ways, we see that LGBT inclusion is found using it.

My hope is the above is a helpful addition to group biblical studies and that it leads to helpful conversations.

(Endnote: thanks to Rev. Ric Shewell for the Eunuch consideration)