Home/Church Talk/“Do you believe in God?” is the wrong question 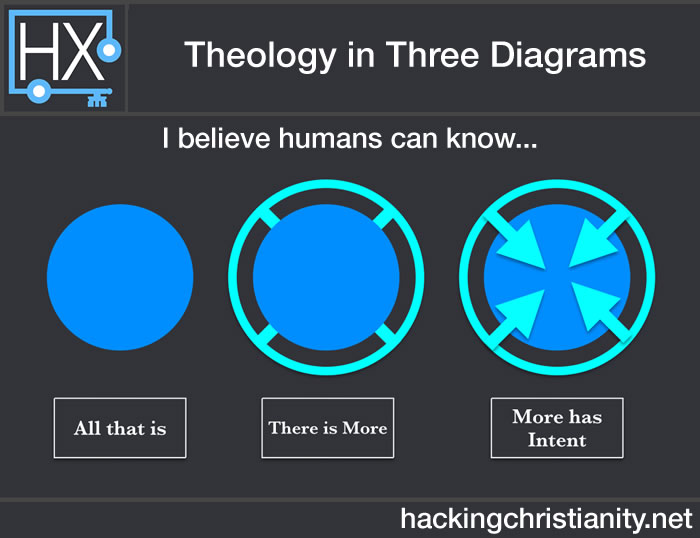 Seeking a better question for religious conversations in an increasingly secular society.

Getting Rid of the One Question

I am a clergyperson in Portland, Oregon, an urban contexts of the None Zone.

In my conversations with folks, I meet plenty of Nones, Dones, and whatever other all-encompassing term we come up with for people unlike ourselves. I’ve also watched evangelists have conversations with people on the subway and in coffee shops.

And from my practice and observation, I want to get rid of one leading question from our evangelical and theological conversations: “Do you believe in God?”

Yes, that question. Because dividing the world into atheists and theists isn’t as helpful as another framework. 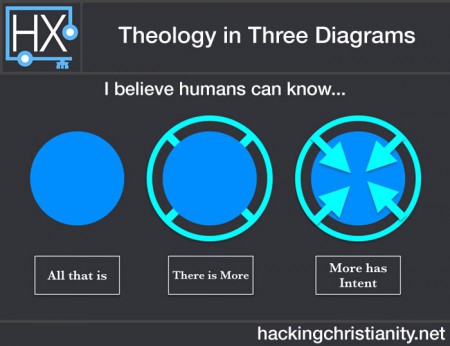 Referring to the chart above, here’s the three different people you will meet anywhere on the planet.

“All That Is” | The first type believes that everything about the universe will be discoverable by humans. Given time and scientific advancement, every unknown will become known. Every miracle will be explainable. Every weird metaphysical question will be solved or discredited. We see that the march of human achievement move beyond the biblical account. Back then we believed demons caused epilepsy, or leprosy by the sins of parents. We’ve advanced in our understanding of the human condition since the Bible. We’ve split the atom. We’ll discover other things in a CERN laboratory. So in time, humans will discover everything in the universe. For this person, everything is eventually knowable by human discovery and intervention.

“There is More” | The second type believes that there is something “more” about the universe that is beyond human discovery. That there is an energy or an infinite power beyond our finite ability to discover or comprehend or even control it. This infinite power affects our lives in tangible or intangible ways. It is not able to be fully known by humans, no matter how smart we get. Like an asymptotic line, we can advance to be ever-so-close, but we can never actually comprehend or understand this power. This person is comfortable with the unknown, and confident that the unknown is not possibly knowable or replicable by humanity.

“More Has Intent” | The third type believes that this something “more” has intentionality, or sentience to it. This “more” has purpose and effects its purpose through human effort or in conflict with human effort. This is where we anthropomorphize the “more” into God, Allah, Buddha, and other entities in faith traditions. All of these faith traditions believe that this “more” has intentionality to it and acts in accordance with that intention. We know this through statements like “God’s purpose” or “God’s dream” which mean that God is drawing humanity into something beyond where we are at the moment. This person believes that there is an infinite power unknowable by humans and that power does things to move humanity forward.

So given the above differences, I wonder if another way to have faith conversations in an increasingly secular society is to ask two questions:

This might be a helpful way to start the conversation. When we start with “Do you believe in God?” the term “God” assumes intentionality in a way that 2/3 of types do not. It helps with the conversation to give space for the diversity of spirituality.

It is less important for the conversation whether a person is atheist, agnostic, or a believer. It is more important to find out how they believe humanity, science, and mystery interact. I think that leads to more illuminating conversations than the labeling conversation does. And perhaps then when you do get to God, and describe who God is, there’s more clarity whether you both see God the same way or there are tweaks that can lead to enlightening conversations for both of you.

Thanks for your comments below and on social media!