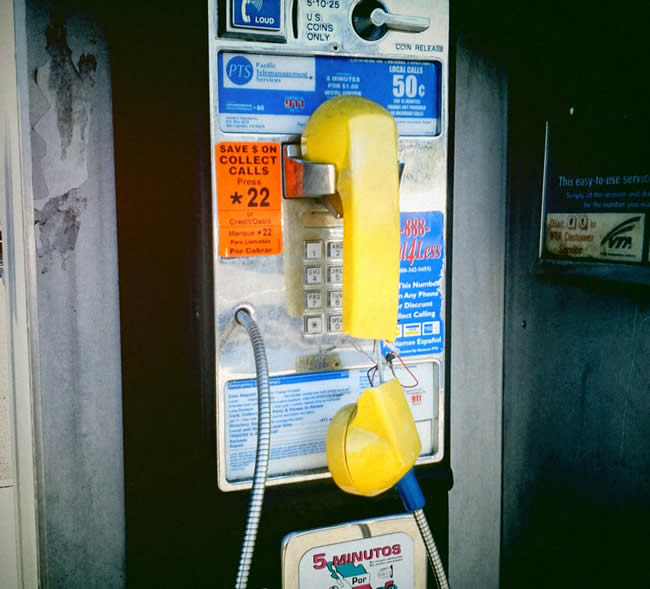 Beyond the finances of the deal, the forsaking of the UMC by a former UM Church in Pennsylvania betrays a more insidious form of connection-breaking than any LGBT-inclusive action could do.

Rev. Jay Voorhees at The United Methodist Reporter got closer than most to the actual finances of the deal:

“We were looking at a situation where we could litigate to hold on to a building we would owe a significant sum of money on,” Shoemaker said, “but we had no belief that we could pay the debt.”…Eventually, after many conversations, the Wesley Church agreed to pay $100,000 to the EPAC as compensation for the equity in the building. Additionally the church paid off an earlier commitment to a capital campaign, as well as their apportionments up to the date of the final contract ending the relationship between the church and the UMC…

Once the agreement was complete, the EPAC issued a quit claim deed to the Wesley Church and relinquished their trust relationship, giving the building and all responsibility for the debt to the newly constituted Wesley Church.

…to the Methodist Drift

However, it’s clear that this church ceased being United Methodist long ago, at least in teaching and preaching. A pastor on the 5,000-strong UM Clergy Facebook group analyzed their website and bylaws and summarized:

It is clear that, theologically, they are not — and probably, for a long time, have not been — “Methodist.” Now, granted, there’s a great degree of theological and spiritual diversity in what qualifies as “Methodist” … I’m not talking about basic evangelicalism articulated in a Wesleyan-Methodist vocabulary. This church is espousing a theology that, at least in multiple critical areas, is entirely outside the spectrum of Methodist thought.

Allow me to illustrate with several specific examples from their statement of faith as found in their By-Laws…The word “grace” is found only once in the entire document, there is not even a vague hint of the Wesleyan “Order of Salvation,” nor are there any of the other distinctively Wesleyan-Arminian Theological emphases. BUT, there IS an affirmation of the Calvinist doctrines of Divine Sovereignty along with the doctrine of the Perseverance of the Saints (aka Eternal Security or “Once Saved Always Saved”). They appear to have entirely jettisoned our Sacramental Theology in favor of believers-only Baptism by immersion-only, and a works-obedience understanding of Communion. In other words, Means of Grace Theology appears to have been entirely replaced by Zwinglian (“ordinance”) Theology…

This kind of theological ethos doesn’t come into existence overnight … quite the contrary, my suspicion is that this reflects what this church has been teaching and preaching for a very long time. In other words, they haven’t been a United Methodist Church in terms of faith or practice for many years. The issue of gay marriage is just a “convenient excuse” to justify their exit from a denomination where they, theologically, clearly don’t belong.

The thing is…this type of drift away is easily seen. It’s seen in the sermons and sacramental actions, on the website and on the archived videos. Additionally, discomfort or anger at the denomination’s dealings with LGBT inclusion would have been evident at any district event (did they go to those?) or to visitors or to simply social media. In the end, once a Wesleyan perspective is replaced by a Calvinist one from the pulpit, and in this case from a local pastor who was not in the accountable ordination process, it’s usually only fixed with a change in pastorate–which didn’t happen here due to its numerical growth.

So why didn’t anyone see this coming? Why were we unable to hold this church accountable before it was too late?

The problem is the United Methodist system is set up to focus on covenant-breakers more than connection-breakers.

Eastern Pennsylvania has been the locus of several instances of anti-LGBT actions in the past decade. When Bishop Peter Weaver was their bishop, he allowed charges against Beth Stroud. Current Bishop Peggy Johnson allowed charges against Frank Schaefer and only dismissed the charges against some mass-wedding participants after the trauma of that trial. Clearly, Eastern PA has no problem spending time going after clergy who they see as breaking the covenant.

So why was little to no involvement had in this form of breaking the connection? Perhaps because these are not event-based evaluations. There’s no big event like a wedding or a revelation of orientation. It takes attentiveness to the little things. It takes knowing the churches and watching them over the 6-8 years of an average superintendency term. Only when they get too big to fail do they undertake anti-connectional events. We’ve seen before that many of the Top 100 UMCs are seemingly anti-connectional in many ways, including one of the largest who withholds apportionments and seeks to choose their new Senior Pastor.

It’s not hard to see that the United Methodist system is set up to prosecute individuals more than hold entire churches accountable. And those who benefit from this setup get the UMC to focus on a shiny object of LGBT inclusion while entire churches slip between the UMC’s fingers.

At the end of the UMR article, we get this revealing nugget from an Annual Conference official:

Shoemaker said that one learning from this situation is the need for District Superintendents to be more directly involved at an earlier stage so that congregations don’t drift away before it is too late. “We were engaged in an 11th hour effort with Wesley Church,” he said, “and by then it was too late to help keep them in the UMC. Maybe would should have been in conversation earlier.”

Our paring-down of the church’s bureaucracy has increased the superintendency load. This past year, Oklahoma went from 13 districts to 8–several districts went from 40 churches to 65 churches each! In 2012, each jurisdiction was legislated to go down by one bishop–some bishops now have 2-3 annual conferences to watch over! Little wonder that larger churches see a win-win by reducing oversight from DSes and reducing their apportionment costs at the same time–and they have the voting power to accomplish it.

Middle management sucks. But it’s needed. When we remove the ability to watch over one another in love from those charged with it, then the whole system suffers. The more stressed the middle is, the more they rely on quantitative data rather than qualitative. If the numbers for a church look good, they probably don’t need more attention. For every District Superintendent who looks at a church’s metrics and says “hey, they are growing, numbers are up, this church is fine,” they’ll hopefully now think of Wesley Church. And then wonder why the UM system isn’t set up to give them the resourcing in oversight and accountability that they need.

Indeed, it’s actually what Wisconsin discovered after the Amy DeLong trial was that we were not practicing the covenant. The practice of covenanting together has fallen by the wayside ever since the teenage years of Methodism. The loss of the class meetings and other regular accountability groups meant that accountability became assent to a list of commandments rather than a practice of living together. Unless the pastors of the largest churches that lean towards congregationalism are willing to be in regular practices with the pastors of the smallest of churches that rely on connectionalism, then their use of the covenant-as-punishment ought not be upheld. By fixing how we connect with each other, we’ll solve how to better covenant with each other–and keep more churches UM in the process.

A practiced covenant will lead to more connection, more connectionalism, and more communal understandings of covenant. And that’s better for the entire UMC whether one venerates the Covenant or the Connection more than the other.

Wesley Church has shown an increase in quantity does not necessarily equal an increase in Methodist integrity. As the UMC grapples with covenants and connections, my hope is that we see that the murky middle of the superintendency is important for maintaining covenants and connections–and they should have more resources (with accountability) to deal with the vagabond churches that try to bully and bribe their way out of United Methodism–or worse, to rule it.