Home/Church Talk/What the Church can Learn from Jurassic World 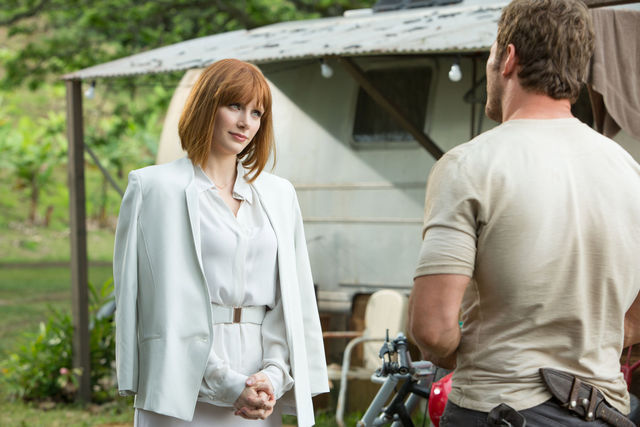 Lessons on outrunning dinosaurs are not applicable to the church, but our glimpse into the operations of Jurassic Park leads to some important leadership lessons for the church–dinosaurs or not. 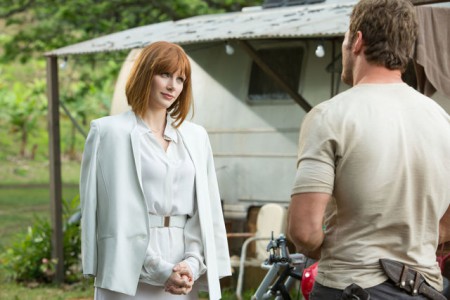 While I was watching Jurassic World, I could suspend my disbelief about dinosaurs and genetic modification and the female lead outrunning a T-Rex in high heels.

However, I couldn’t suspend my disbelief that a huge organization failed some basic organizational principles. Serious mismanagement and leadership errors led to people being eaten by dinosaurs and the terrifying genetically-modified dinosaur destroying everything on the island.

But, oddly, these errors have reflections in the Church and learning from Jurassic World’s leadership failures can actually be illuminating. So here’s three things I’ve noted from the movie and how they could apply to the local church.

The owner of Jurassic Park, Mr. Masrani, is learning to fly a helicopter and arrives at Jurassic World with his instructor green after the rough flight. When the Indominus Rex escapes and they determine they need to shoot it down from a helicopter, he goes out and flies the helicopter rather than have someone else do it. When the Site Operations chief Claire asks is “who is flying the helicopter?” she seems to mean there is no one else there who can fly a helicopter. We know that is incorrect as Masrani’s paramilitary team have helicopters. So instead of delegating to the paramilitary team or his seasick instructor, Masrani takes personal charge of the mission…and the results are not pretty.

We see a lot of this in the local church. People are unable to delegate, to let go of a ministry area, to run a ministry by themselves long after they should have delegated it. Long job descriptions and mission creep abound as staff people retain more responsibilities. But it’s not healthy, and while it likely won’t be catastrophic, some people are not allowing ministry to grow beyond their own growth barriers.

I heard of a pastor who loved leading the church praise band. But after the church started growing, he realized he needed to be outside and with the people. He delegated a new leader of the praise band and took his place at the church door to greet and meet people.

Masrani’s failure was that he took personal charge of a tactic in the mission rather than take personal charge of the overall strategy. Sometimes our clergy and laity need to focus our personal gifts for where they are needed, not simply plugging the holes are in the leadership team. 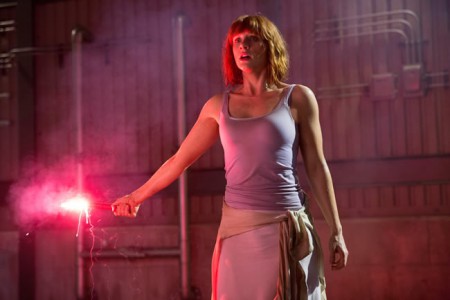 2. When not to delegate

I almost put Claire up in the above category as it seemed she was not able to delegate either. She was at the Rex’s pen instead of at Operations where she could have instantly seen the Rex was actually still in its pen before its escape. She left Operations and their thousands of people they were responsible for to find her two nephews. Both of those actions should have been left to other people and she should have focused on her strengths.

But then we see she’s the perfect person for that job. She knows the whole park, she can utilize its resources on the ground and at the upper levels, and at the end as she knows with certainty which paddock needs to be opened. By focusing her energy on what she needs to be–the Aunt–she is able to accomplish all that is before her.

This is not as prevalent in the local church until the staff or ministry size gets to the level of a program church: where there are people who supervise other staff (other than the Senior Pastor). Then the supervising staff needs to determine when to delegate authority and when to retain it. What is their role? What decisions are they responsible for? Which decisions of supervisees do they need to review or approve? These are important questions to determine whether ministry gifts are being put in the right places.

The questions come down to identity. When we see Claire “turn” from Site Operations Claire to Aunt Claire as her primary identity (marked by her change of outfit and throwback to the original film’s female lead), she has a perfect integration of goals and abilities. Perhaps to solve issues of management in larger churches, they need some freedom to rewrite their job descriptions not to add on more things but to find better synergy between them to do exponentially more satisfying (and effective) ministry. 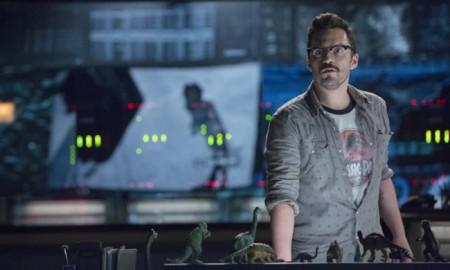 Finally, after Masrani’s death, the paramilitary team take over the Park. Their authority was nebulous and it is not clear in the movie that the paramilitary team should have taken over. The Operations team doesn’t have clarity either, so they allow the takeover and are relegated to the sidelines.

The only one who rejects their authority and claims his own is Lowery in the Site Operations, who is then in the right place and the right time when Claire needs the paddock opened. By being clear about his authority and his responsibility, Lowery saved the day.

There also needs to be two types of authority plans in the local church:

Lowery was the most clear about his role (and less about his relationship status with his coworker) and that led him to shine even when his supervisors were in flux. May it be that way with all our ministry areas.

While it is understandable that a fictional mega-corporation had terrible managerial practices, it is commonplace to see these same governing errors in the local church. What other ones do you see–and do you see these in your ministry context?

Discuss. Thanks for the comments.