Home/United Methodist Church/Schism/What if we are who the #UMC has been waiting for? 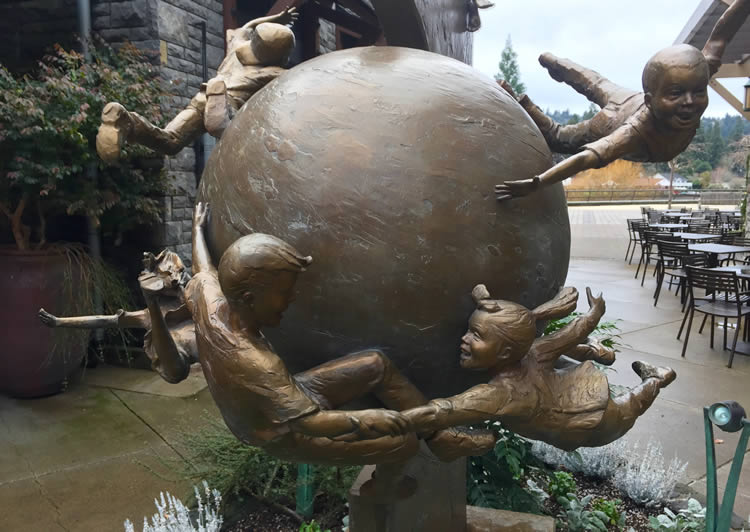 Are we at a critical moment in the United Methodist Church whereby we can overcome the errors of the past and embrace our Unity in Christ in a way perhaps unseen before?

The Problem: Two Beliefs, One Church

In this article on Patheos, Dr. Robert Hunt, a professor at Perkins School of Theology in Texas, articulates that within the United Methodist Church, there might be two antithetical understandings of human sexuality and God’s desired order for humanity, both colliding over the topic of marriage equality.

1. The basis for opposing gay marriage comes down to an assertion that across the Bible there is a consistent view: God’s desired order for human society is gendered, and that fundamental to it is the institution of marriage. Only in marriage between a man and a woman, that for sure involves sexual relations, do you add biological femaleness and biological maleness to create a complete human (Adam -they become one flesh) capable of doing what needs to be done (create new humans) that is necessary if you are made in God’s image and are to be a steward of God’s creation by becoming fruitful and multiplying.

2. The strong basis for supporting gay marriage is that across the Bible there is a consistent view: God’s desired order for human society is based on creating an ever freer and more open space where individuals can discover and live into their own emerging understandings of what imago dei means. Jesus gives us the full revelation of imago dei, since he is God incarnate. So long as individuals are living out the ideals of human life revealed by Jesus, within the kind of ethical boundaries that Jesus articulates and demonstrates in his life, then their desires (to marry someone of the same sex for example) are legitimate expressions of divine love and should be honored by the church. Which itself is always discovering what it means to live in love and live for others out of love.

Now between 1 and 2 above there is an unbridgeable gap. They represent fundamentally different ways of understanding the Bible, the human person, the basis of human society, the created world, and the role of God in creation…

As Hunt concludes: “In the good old days we would have mutually anathematized each other and been done with it over much less.” I wonder if in the 21st century we can discern a better way forward.

The Solution: Unity is folly?

If these are true, they give a window into the conflict in my denomination of the United Methodist Church. The question then is “why are we together when our fundamental beliefs about God and humanity are divergent?”

There’s been much written recently about such a question. Long before the marriage equality ruling, there’s been plans for unity and schism, fake plans for unity, and plans to segment out the UMC so that LGBT equality is compartmentalized, or gerrymandered away altogether. The time is ticking in the UMC as to whether one perspective or the other will run out the clock first, and the expectations for General Conference 2016 vary by the day.

But there’s also been a groundswell of evangelicals who perhaps hold to #1 in theology but find reason to affirm LGBT persons (see yesterday’s post how this is possible). And there’s been pushback to the stereotype that all progressives reject the Bible or Jesus or the Trinity. The popular categories we put people in do not fall together neatly, and neither would our churches in a schism.

So if schism would hurt, if our theologies are varied, if our regions are different, and if our polity allows for such diversity (and could allow for more or less at GC2016), how do we find our way out of this mess?

Theory U until Unity in Christ

Theory U is an organizational model for discernment that we’ve been using in the Western Jurisdiction as part of the Transforming Ministry series of conferences. It gives structure and naming to group discernment processes. There’s a picture above, and here’s the main proponent and here’s some pretty pictures and visuals for it.

I find it helpful because most models of discernment push us from one end to the other, whereas Theory U is quite comfortable with us sitting in one section for a while–even the bottom of the U where things are most painful, where passions are most inflamed, where tensions are highest…basically the year before General Conference in the UMC (a time span which we are in now). The longer we are in each stage, the better we understand each other, and then we move on–usually to return again in a new form or structure.

I see this theory applicable to the call-to-discernment that Hunt concludes with:

So the real question isn’t whether or how we should split. It is why we don’t want to. Because somewhere under the politics and power and money is our unity in Christ. And neither party to this debate is capable of articulating what that unity is or where it arises by itself. Like other mysterious unions it can emerge only in continued dialogue…

We need to focus on whether our desire for unity is mere nostalgia (in which case we are really two different religions and need to go our own ways) or arises from a divine love that we do not yet fully understand, and must understand if we are to live at all, much less together.

And so we sit at the bottom of the U discerning what comes next. This does not lead to kingdom work being stymied: as a recent UMNS article shows, even when we are unsure of our life together, we are still able to do good works for the church and world. It can lead to us discerning together something the world perhaps hasn’t truly seen: Unity in diversity under Christ with diversity of belief within a single church tradition.

What a mission and a calling that could be.

I believe the tension and turmoil in the UMC is not a pressure cooker that will break us. It is the crucible by which a unity in diversity will be created; it is the steam engine that will move the church forward; it is the body experiencing the shared pain of the excluded people groups and deciding something must change; it is creative minorities seeking to transform the whole.

My hope for the next year until General Conference is that we believe that we are the ones who can discern our unity in Christ together and became a more just church to guide the increasingly ghettoized and fragmented world to what unity in diversity under Christ truly looks like.