Home/Theology/Justice/Personal and Political in the Abortion Debate 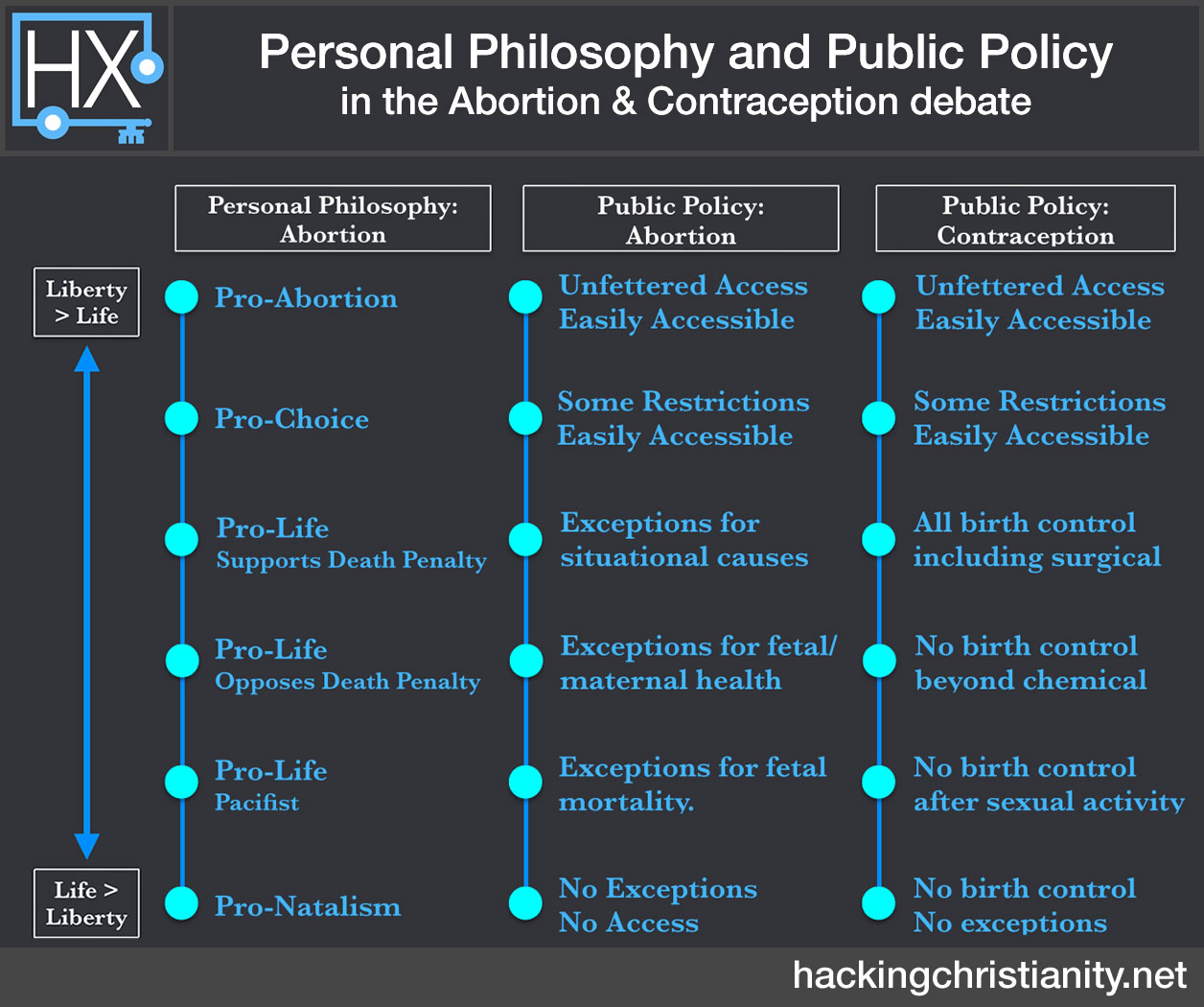 The past week has been agonizing for Christians who have been unsure of what to do with the hit piece video on Planned Parenthood. To help navigate it, here’s a quick infographic outlining the differences between personal philosophy and public policy.

It’s not a simple pro-choice/pro-life divide.

On this spectrum, one end values liberty and individual choice, the other end values new life at all costs, and the rest are somewhere on that spectrum.

Incredibly important is how one’s personal philosophy and supported public policy on abortion is intertwined with birth control.

How does this help the Conversation?

There’s a variety of Progressive stances when it comes to Abortion and other forms of contraception. The three most common forms that I’ve encountered are:

In these three areas, we see areas of common belief with those who are conservative/traditional and are likely Pro-Life.

But most importantly, what it means is that the “progressive position” is quite fluid and so individuals should feel like they can speak up on this topic and can offer clarity on the difference between personal philosophy and public policy. We don’t need to apologize for or be pigeonholed by any event, or feel shamed into silence. We can speak with conviction and be clear about what is personal and what is political for us.

Which combination is the most effective?

For many Pro-Life and Pro-Choice persons, reducing the number of abortions requested is a common goal. Colorado recently detailed how providing unfettered access to birth control dropped their teen pregnancy rate by over 40%. Many Pro-Life and Pro-Choice folks find common ground on providing contraception coverage as the effect is that fewer people request abortions. But the lines are drawn when Pro-Choicers remind others that abortion is part of birth control efforts.

But for the most part, there’s a difference between accessible and access. Accessible means that there’s physical locations in proximity to the majority of women. Access means who has permission to obtain those services. While public policy has trumpeted closing down abortion clinics, it’s better for those to remain open and to help women who seek those services find out if they are eligible. Accessibility is highly important–especially when it comes to contraception.

This is the kick-off for a variety of posts on the topic of Progressive Christianity and reproductive choice, so more is coming. But at the outset, how does the graph work for you?