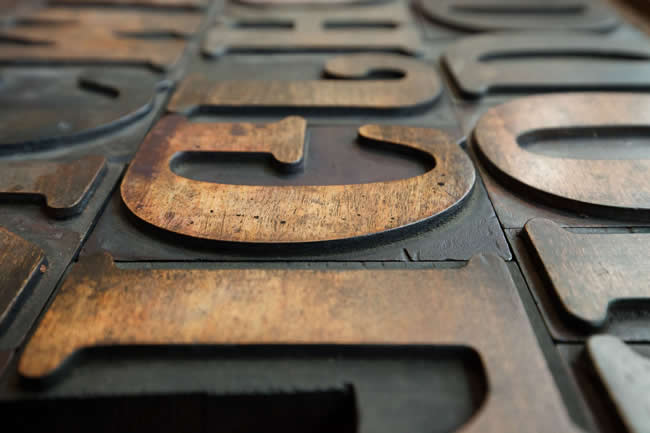 An experiment at the New York Times yields a question about whether font selection matters in the persuasiveness of the text.

The church I attended while growing up in the Bible Belt had no capital letters in the bulletin. Like it was written by ee cummings, the bulletin was all in lower case, with only references to God, Jesus, and the Holy Spirit utilizing capital letters.

As an overly inquisitive child (shocker, perhaps), I once asked why the bulletin did that. The response was that human words were less than divine words and to remind us of that in the worship space, they use lower-case for human words. They were consistent: scripture references were also in lower case, reflecting a theology of inspiration rather than dictation.

I wonder if anyone noticed they were receiving theological instruction just by the type choices being used.

An interesting experiment a few years ago (that recently resurfaced) examined if particular fonts were more persuasive than others. A researcher rotated between six fonts on a survey at the New York Times and found that respondents agreed with a quote using a particular font at a much higher rate than would be statistically expected. That font (Baskerville) became the choice of that researcher from that point to give just a bit of an edge to his writings.

Truth is not typeface dependent, but a typeface can subtly influence us to believe that a sentence is true. Could it swing an election? Induce us to buy a new dinette set? Change some of our most deeply held and cherished beliefs? Indeed, we may be at the mercy of typefaces in ways that we are only dimly beginning to recognize. An effect — subtle, almost indiscernible, but irrefutably there. (“Mommy, Mommy, the typeface made me do it.”)

Commenters on the original experiment noted a cognitive fluency effect, whereby the dense serif font Baskerville slows down the reader, who then might absorb a little more of the content. Flipping through my theological tomes and comparing them to light reads, I can see it in immediate effect: the tomes with denser type had more sidenotes, which may mean more engagement.

So you can now wonder if the mega church’s huge budget for marketing and persuasion includes picking just the right font to help you experience a quote or Scripture in a new way.

How churches can use this research

Three takeaways for people to consider that are basics for design professionals but perhaps unknown to most folks who use Times New Roman for everything:

It seems silly to talk about fonts. But giving Scripture or holy quotations their own frame, font, and design choices helps people comprehend the text, not just read it. Helping people slow down in our fast-paced world by using a particular font may cause them to read exactly what they needed for that day or to complement the worship service.

While we are increasingly consuming visual content, the written word will always have power. It’s always helpful to have other tools to remind people of the power of the written word (and Word), and thus font selection may be important to be intentional–and consistent–about.