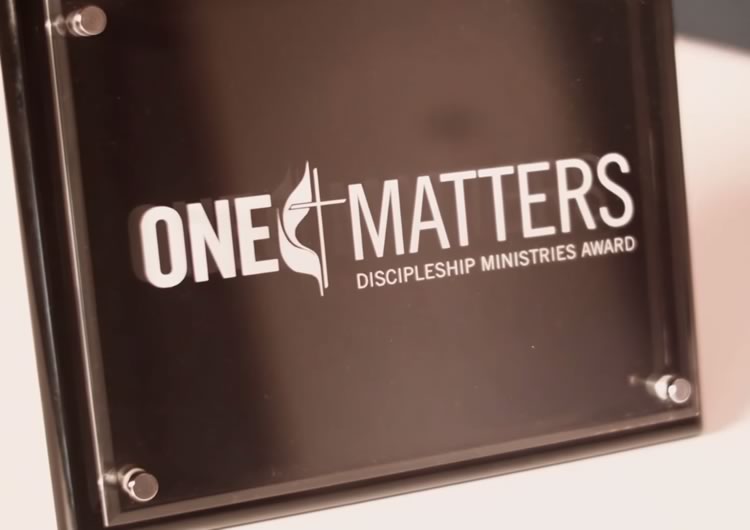 The global body charged with discipleship resourcing in the United Methodist Church recently announced an award for churches that increase their professing membership. Is that what we should be focusing on?

“Give me one hundred preachers who fear nothing but sin, and desire nothing but God, and I care not a straw whether they be clergy or lay; such alone will shake the gates of hell and set up the kingdom of heaven on Earth.”

The pattern (with exceptions, of course) is that most awards are about quality, not quantity. They are about that amorphous, hard-to-quantify quality of an individual or church. It takes discernment (and a committee) to tease out what to celebrate, not simply sorting the numbers on a column in a spreadsheet and seeing who ends up on top.

One Awards Quantity over Quality

In April, the One Award was announced by the global body tasked with discipleship resourcing in the UMC. Here’s the trailer and here’s the story.

The One Award seeks to give $1000 to the nominated church in a region that has professions of faith (meaning “new” Christians coming into membership, not church-hoppers). While I can’t find language that it should be given to the church that has the most professions of faith in a conference, I’d be surprised if that’s not a regional consideration.

The One Award’s purpose is to reverse the statistic that over 50% of all United Methodist Churches (so over 16,000 churches) do not report any baptisms or professions of faith each year. That’s a huge statistic and a worthwhile number to change. But is this the right way to do it?

This blog champions appropriate means as well as laudable ends. Because of that, I’m cautious of initiatives like this because human nature is to focus on what we count. And when something is hard to count, well, we count the closest we can get to it.

TV advertisers, for example, could never tell which viewers would be impacted by an ad, so instead, they measured how many people saw it. Or a model might not be able to measure beauty, but a bathroom scale was a handy stand-in. A business person might choose cash in the bank as a measure of his success at his craft, and a book publisher, unable to easily figure out if the right people are engaging with a book, might rely instead on a rank on a single bestseller list. One last example: the non-profit that uses money raised as a proxy for difference made.

Full disclosure: my local church has professions of faith every year and thus we would be eligible for this award…but that also means I have standing to talk about it.

By shifting our definition of the hard-to-quantify discipleship to the quantifiable (but important) category of professions of faith, I believe we’ve fallen into the False Proxy Trap.

In my church and community, I see people expressing their discipleship powerfully everyday–but they wouldn’t show up on a statistical report, and they wouldn’t change a Zero Church to a One Church. But they’re transforming the world–which is kinda our mission too.

Earlier this month was Ascension Sunday. When Jesus ascended and left the Disciples, he said in Matthew 28 “Go and make disciples of all the nations.” That would be a fitting end to this blog post, but Jesus goes on and says “baptizing them in the name of the Father, the Son, and the Holy Spirit.” Dang, that kinda blows this whole blog post out of the water, right?

Perhaps. I interpret that to mean that baptism is part of the journey, but the goal is discipleship. Can you be a disciple of Christ without being baptized and without professing faith? I think you can–at least at some stages along the way, and perhaps for longer periods of time in this anti-affiliation age we are in.

May we not be quivering masses of institutional anxiety because our Zero church hasn’t notched another one up yet this year. May we instead be people who see and seek discipleship that transforms the world, even if it can’t be easily counted.