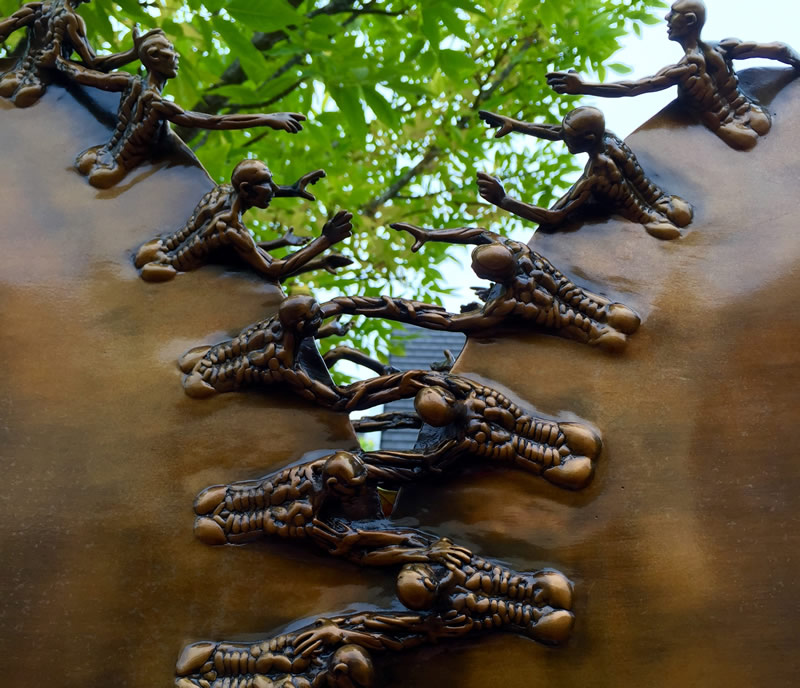 It’s been one year since we discerned at Hacking Christianity that Methodism was undergoing an upgrade. A patchwork of conferences and even a jurisdiction were determining that something new was needed from the ground up. These regions began living into a new form of Methodism that we call “Methodism 2.0” that would live out for all to see what ministry would look like with the full inclusion of LGBT persons.

For too long, a Methodist church that affirms LGBT persons lived under the surface and known primarily to allies. But from 2012-2014, it’s been making itself known throughout the connection through the Altar for All and Biblical Obedience movements that affirm ministry with all people–even in ways that are not supported by our polity.

To some, these varied contexts and a lack of uniform support for 100% of our polity is seen as a indicator of an upcoming schism. However, the reality is that the different versions in different mission contexts mean that we can all serve in this Methodism together–and indeed, take the world by storm.

Succeeding where our Ancestors Failed

Methodism 2.0 has many parallels to the original Methodists who were deemed incompatible with the Church of England.

The Methodists (the Methodist movement founded by Wesley in England) were criticized for being too rowdy and ministering to people, language, and songs that were not traditional. Today’s Methodist 2.0’s also are bringing in LGBT Christians as married couples, using inclusive language in their liturgy and hymnody–even singing from the dreaded The Faith We Sing–and criticized by the Methodist powerbases when we do.

The Methodists were criticized for not respecting parish ministry as John Wesley stood on soapboxes and preached to the miners and the lower classes outside of the parish boundaries (“the world is my parish”). Today’s Methodist 2.0’s also bring the gospel of full inclusion across ministry lines, supporting one another even in hostile annual conferences. We even have a bishop who violated episcopal boundaries out of adherence to a Covenant.

The Methodists, when they broke off and John Wesley rewrote their Articles of Religion, he dropped several unnecessary added-on items from the Church of England’s Articles. Today, we have Orthodoxy being redefined by a seminary president as Orthodoxy + Social Issues, thus adding unnecessary restrictions on what is considered “orthodoxy.”

Given this historical parallel, I believe the stage is set for the United Methodist Church to do what the Church of England could not at the time: absorb the gains of the movement. Author Brian McLaren says the best institutions absorb the progress and advancements of the movements within it:

Methodism 2.0 has the potential to keep the movement alive and ultimately make United Methodism a far stronger force in the world than it was at the beginning of the 21st century. Even if 2016 comes and the full inclusion of LGBT persons is not realized, this movement will continue to nudge the institution into great places, though at unjustly higher personal costs.

So we should schism, right?

If United Methodism is nearing a parallel with its origins, then that means we should separate, right?

Not in the slightest. Both the separation from the Church of England and the largest schism within the Methodist church (the North/South split) were primarily due to regional conflicts in the larger society.

While there were ecclesial divisions and differences, the greater culture was the almighty force for division. While our country has blue states, red states, and indeed 11 Nations of significant difference, we are not likely to cleanly or even roughly split down any particular regional lines. So a split is not likely–nor will it solve anything.

While there is lots of hand-wringing and ALL CAPS blog posts out there about Bishop Talbert, the reality is that the bulk of United Methodism isn’t going to throw away decades of tradition over whatever the controversy of the week is. We are more resilient than that, and more people see that Methodism with full inclusion of LGBT persons isn’t threatening their corner of Methodism yet, and that even when it does sweep the whole United Methodist Church, their pastor will not be forced to marry people they don’t want to.

To do: Match Activism with Discipleship

Moving forward, it’s time to keep sustaining the movement. And as with any movement, it needs fuel to keep the fires burning. I believe it is time to match progressives’ typical fuel of righteous anger with equal parts spiritual sustainment.

I attended a funeral recently where the deceased’s writings were read. One reading from their journal was this:

“I used to be driven by anger. It got me out of bed in the morning and focused my intention during the day. But over time, I knew better. Love is a better driving force in one’s life.”

Methodism 2.0 cannot sustain itself by opposition alone: it needs to turn those energies towards interior reform as well. Love is known in both individual and corporate ways. How can we get as passionate about discipleship and community building as we do about seeking justice and community organizing against the powers? How can we write and distribute new songs free of patriarchy? How can we watch out for the watchers and not lose focus on the mission?

We are at a tipping point within United Methodism as a whole, but also within the 2.0 movement. Instead of reforming the whole church (our clock hasn’t struck yet), we have carved out segments and niches for progressive inclusion and thought. We are showing the world the viability and adaptive change possible through fusing Wesleyan perspective known through Methodism with progressive values. We are better together when all the worlds under Wesleyanism collide and make something new.

My hope is that 2015 brings extensive work on sustaining the movement’s focus on creating a more just United Methodist Church, as well as working on whatever discipleship looks like in the progressive tradition. This blog will continue that conversation as well, kicking off the topic in Denver at the end of January 2015.

Thanks for your comments and shares!