Home/Theology/Justice/Seek justice through divestment, not charity through ethical options 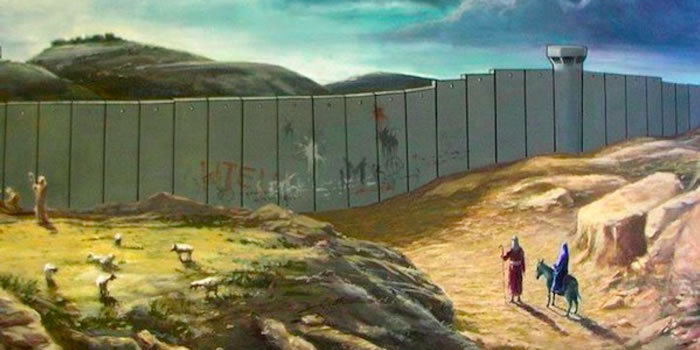 As we journey to the biblical Bethlehem this week, are United Methodists benefiting from investments that perpetuate human rights violations in Bethlehem today? Is an ethical option for our investments a step in the right direction, or a distraction from the issue?

As a United Methodist clergyperson, I have a pension fund that is managed by the General Board of Pensions and Health Benefits (GBPHB) of the United Methodist Church. It’s one of the largest church pension funds in the world, with $21 billion in assets. It is successful even though the UMC does not invest in any company that derives more than 10% of its revenue from the manufacture and/or sale of alcohol, tobacco, weapons, gambling, pornography, and the management or operation of prison facilities. Those are some seriously profitable industries that United Methodists refuse to benefit from; but for the most part, folks are okay with excluding them.

However, these days there are two criteria that folks are seeking to add to the list of companies that the UMC will not invest in:

The first criteria–divesting from fossil fuels–is controversial but straightforward as any company that is in the fossil fuels industry will not leave it, no matter what shareholder advocacy takes place. It would be like asking Nike to stop selling shoes, as Rev. Jenny Phillips of Fossil Free UMC has said. Therefore, holding shares or funds in those companies violates the conscience of folks who care about environmental/creation care concerns. Controversial, sure, but the approach is a pretty straightforward conversation.

The second criteria is highly emotional, as is any topic that deals with the Middle East. I won’t regurgitate the arguments for or against Israel, Palestine, or the efficacy of divestment. What I will say is that other denominations like the UCC and PCUSA are making dramatic decisions about divesting from the Big Three companies that offer the most material support to the mechanisms of occupation: Caterpillar, HP, and Motorola.

Divestment is also a passionate topic in the United Methodist Church: its highest body rejected divestment from the Top Three in 2012, even though the UMC also approved positive investment in Palestine and boycott of products made in the occupied territories. As the UMC gears up for 2016, it will be on the ballot again. So what is the UMC doing in the meantime to address this concern?

In response to this conversation, the UMPHB has offered a carrot to the divestment advocacy movement in the form of an investment plan that excludes companies based on these two criteria.

I recently participated in a webinar on the Equity Social Values Plus Fund. It is an opt-in option for those who want to add additional criteria of human rights and environmental concerns to their investments. The UMPHB was very frank about the tension in their industry: some people want no restrictions, whereas others want serious restrictions, and both expect UMPHB to turn a maximum profit on our investments for both pensions and institutional advancement.

Their solution is similar to other investment companies: offer an optional fund that individuals can opt-into with more screenings and higher standards of investment. You can see the breakdown in the above graphic. The precise list of companies that will not be invested in will not be available until January 15; however, the webinar folks suspected that Caterpillar, HP, and GE would not be invested in–but Motorola likely would.

This seems like a nice gesture to allow advocates to not personally benefit from things that violate our conscience. And while I appreciated their candor and how the team professionally answered every question that came their way, I couldn’t help but feel uneasy during the webinar.

And then it hit me: what we were talking about was charity, not justice.

What do I mean?

Thus, in offering an optional fund that has a more scrutinized list of sources, GBPHB is assuaging an individual’s problems with those funds. That’s great to have the option; however, it does not address the systemic point: the United Methodist Church is benefiting from investments in companies that perpetuate the occupation in Palestine. The amount of investments in these disputed companies will not change: money is simply shifted around so that our investments are compartmentalized.

For advocates for this region, this is not a just divestment; this is a charitable appeasement.

To focus on money and investments is only part of the story: one must connect with what these investments are doing. Dee Poujade (blog) is a lay member at First UMC in Portland, Oregon. In addition to many trips to the region, Dee spent several months as a volunteer with the Ecumenical Accompaniment Programme in Palestine and Israel (EAPPI), a program of the World Council of Churches. I asked her to write a bit about her experience and here’s part of what she sent me (full disclosure: I’m her pastor):

As I went about my daily business as an observer of human rights violations in the Occupied Palestinian Territories (the name used by the United Nations to describe this area – and I was working under UN auspices), I observed countless violations of human rights and numerous ways that the Palestinian people are “dehumanized” in a systematic, ongoing fashion.  One of my major duties as an Ecumenical Accompanier was to monitor agricultural, school and labor checkpoints.

In the case of agricultural checkpoints, farmers lived on one side of the “separation barrier” (i.e. Wall); their land was on the other side, which meant that in order to tend their crops or graze their sheep; they had to go through a checkpoint.  These checkpoints were open only for limited periods of time (usually an hour in the morning, half an hour at noontime and another hour in the late afternoon), and permits were required.    Likewise, schoolchildren would have to go through a checkpoint to get to and from their classes.   And thousands of Palestinian workers who were fortunate enough to have jobs and permits had to pass through large, highly militarized checkpoints every morning to get to work.

Of course checkpoints are but one of many way that the Palestinian people are subject to systematic dehumanization. Families are forced off land that they have owned for generations so that settlements may be erected. Houses are demolished, allegedly because they are built without permits–but the Israeli government will not issue permits to Palestinians!  Or houses are demolished because a family member committed a crime – or because the house is “too close” to a military installation (never mind that the houses were there first!).

Regardless of the arguments for or against these checkpoints and walls, it is indisputable that the Big Three companies (Caterpillar, HP, and Motorola) offer significant material support for these checkpoints and for the enabling of the perpetual fragmentation of Palestine (see the above pic). There are others; you can search for companies here. 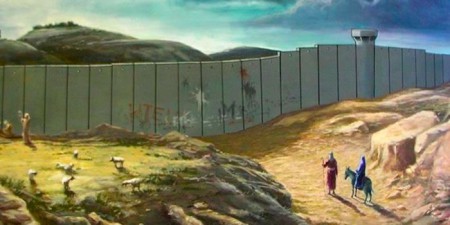 Getting to Bethlehem today.

It is ironic that the UMPHB had this conference call in Advent, a time when we celebrate a Savior born in occupied territory (Bethlehem surrounded by the Roman Empire) and born to a people with a constant threat of violence. While violence is instigated from both sides of the wall, the walls themselves are perpetrators of injustice, and United Methodism supports them with our investments.

Offering an ethical fund is a good start to examining how our investments reflect our values–but let us be clear: this is not divestment, and it is not befitting a connectional church to compartmentalize our responsibility in this way. Divesting in G4S (finally) and offering ethical investment alternatives are meant to show that the Powers are empowering advocates who seek divestment. No. They are using carrots to lead donkeys away from justice…do not be that donkey.

If this is convicting for you, keep alert for potential church legislation from MFSA and UMKR (they have further information on these companies here) in early January 2015 for passage by various Annual Conferences in the May/June 2015, leading up to anticipated action by General Conference in May 2016.