Home/United Methodist Church/Debunked: The West costs the #UMC too much 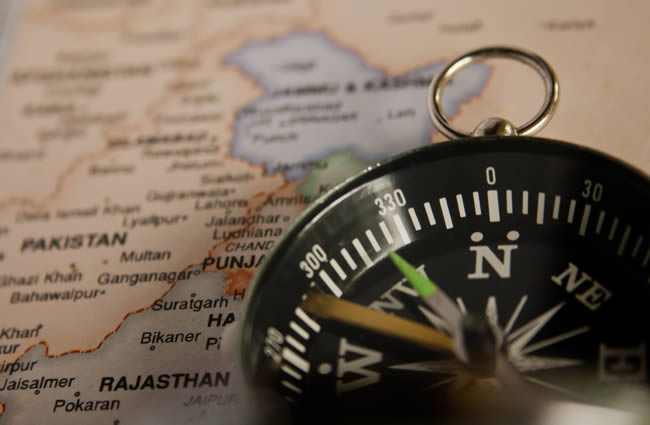 It is often said that the Western parts of the United Methodist Church cost the rest of the UMC too much money. The real numbers tell a different story…

A Portion too little?

For years, there’s been a persistent narrative on the comments of this blog. Here’s an example:

[T]he Western Jurisdiction doesn’t even meet the basic connectional responsibility of paying for their own bishops and haven’t for a long, long time (since 2000 and likely before that). For 2012 (the Financial Commitment Report is now available from GCFA), the Western Jurisdiction fell $242K short of paying for their own bishops and contributed ZERO toward the central conference bishops and the retirees. What is connectional about that? [source]

The West has been decried as the worst part of Methodism. Not only are we the home of biblical obedience, not only are we flaming progressives, not only is one of our bishops facing a complaint for violating the Discipline, but we cost too much.

The majority of that may be true. But the last accusation? That one dies today.

To understand the accusation, the United Methodist Church requests Apportionments from each local church, which is a “church tithe” given for local, regional, and global ministry support. Everything that makes the United Methodist Church a denomination–all the national agencies, Bishops, regional leaders, and infrastructure–is funded from these apportionments. Each “portion meant” for others is calculated on a complex equation that involves church budget, pastoral charge, and other factors. Each local church is allocated a certain amount of money that is expected each year, and then Annual Conferences then report how much of that allocation they actually pay.

So that’s what the comments harp on: the West does not pay their full apportionment, and they are costing the rest of Methodism too much.

A Speck In My Eye…

Beyond the commentators on this lowly blog, the caucus group the Institute on Religion and Democracy raises money and hackles off the narrative that the West is skimming money off the rest of Methodism. Quote:

Last year, the Western Jurisdiction paid 83.1 percent of all of its assigned denomination-wide apportionments, while the other four U.S. jurisdictions paid between 87.5 and 93.9 percent of their respective shares.

…Thus the Western Jurisdiction is by far the least committed to the doctrine, covenant, and financial support of the United Methodist Church.

Really? Let’s see the numbers (and these are taken from the actual, scanned copy that the IRD referenced).

You might have to swipe sideways on your mobile device to read the whole chart.

Yeah, being short $200k is not good connectional giving.

But out of curiosity, how do we do compared to the rest of the jurisdictions?

This is a textbook case of percentages hiding the true numbers. The truth is that while the West is short percentage-wise, the actual numbers are quite incredible: the Southeastern Jurisdiction is short an amount grossly larger than the West–indeed, more than the Northern and Western Jurisdictions combined.

To me, this is the same trick politicians use when they say that the Police Lieutenant on your block is a taker from the system (“Look at how much pension they’re getting!”) while drawing attention away from the millions of dollars denied to the public by corporations who pay no taxes.

The IRD raises money by pointing out perceived inequalities in the system to perpetuate a narrative of the West costing the church too much. Too bad there are now people willing to call them on their funny math.

Indeed, it seems the schoolyard taunt “if you point a finger at me, there’s three pointed back at you” applies to this conversation about cost and connectional giving. If people are so willing to throw the West under the bus for their perceived shortfall on Bishop support, what about the whole Apportionment? The entire church tithe requested from each region?

Based on the recently-released 2013 numbers obtained from GCFA (see disclaimer), the Western Jurisdiction’s shortfall for its entire apportionment is:

Holy carp. The West is short $7.5 million? That’s a ton of cash. Little wonder the rest of Methodism wants to cut it off! Fall into the sea, heathens!

….But when you look at the rest of the jurisdictions:

The above isn’t to pick on the South. It is to show that while churches, pastors, and narratives from caucus groups like to point fingers at the West, the real numbers show a very different story. If a single jurisdiction paid their full apportionment, they would benefit the global church incredibly, and would have the moral high ground to demand equivalent giving by the rest of the connection.

Connectional giving is incredibly important. Our church tithes pay for discipleship resources, mission administration, our episcopal leadership, Taylor Burton-Edwards tirelessly answering every conceivable ecclesial question on Facebook, UMCOR eradicating malaria, interdenominational efforts, and tons of other things that would be beyond the ability of any local church. We are all in this together as a denomination, and that means everyone gives into the common pot while holding accountable the leadership charged with distributing those funds in a missional way.

Hacking Christianity takes financial obligations by the worldwide United Methodist Church seriously, and we are willing to call conservatives, schismatics, progressives, and church reformers alike on the importance of connectional giving.

The takeaways from this conversation are twofold: