With the plethora of proposals to change the United Methodist Church, which ones actually have a chance at success? Take a read on two criteria that I think will define the most viable options–and one criteria that will doom them all. 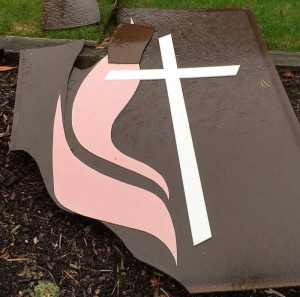 Having attended three General Conferences (as an advocate), served on a team that wrote major general church legislation, and being somewhat well-versed in our general church polity, I think there are two criteria by which a denominational unity/schism plan could be deemed “viable.”

Here’s why those two criteria are important.

Second, even if an amendment and plan did come up with viability, it wouldn’t be applicable until 2021 at the earliest. We just ratified the Constitutional Amendments from the 2012 General Conference last week at the Council of Bishops. So anything in 2016 wouldn’t be ratified until 2018. Then the new legislation (that hinge on those changes) would need to pass the 2020 General Conference and would apply January 1st, 2021. A long time, right? Right. Our polity resists reactions that substantially change the tenor of the entire denomination. It enables cooler heads to have time to speak and more eyes to look at the changes.

So by our estimation here at Hacking Christianity, any plan for unity (or schism) requires the two criteria above.

How do the current plans fare?

By these criteria, how do the current crop of plans fare?

In short, only AWF and UMCM offer viable paths to change in the United Methodist Church. Little wonder both those plans are subject to the biggest critiques by those who are proposing or supporting the most harmful plan yet.

Are the big ideas all for naught?

The truth is that every evaluator of the plans for unity or schism within the UMC need to be consistent as to what they are using to measure each plan. By applying two clear criteria above, I believe it helps us see what is viable and what can be perfected with more effectiveness than the others. While some may claim that I’ve tilted the criteria and thus have a self-fulfilling prophecy–which could be true–I’m honest about my criteria, have the data to back it up, and would like others to be as open.

However, all may be for naught for those seeking the path with constitutional amendments. The biggest hurdle those would have to clear is that one side would unilaterally reject any moratorium of church trials or cessation of hostilities against LGBT persons. It is clear that any “budge” or any “allowance” would be met with abject rejection, either based on “allowing sin” or personal/regional positioning or simple covenant beliefs. This is the Via Vindicta whereby the path to unity requires vengeance to those who violate our polity.

In summary, while the most viable proposals would need to require a moratorium on particular trials, such a requirement conflicts with certain segments of United Methodism’s refusal to budge .0001% on this topic for any minute of time, which could derail any process that needs a constitutional amendment. Unless the reasonable solutions overcome this bloodlust, all this oddly puts “A Way Forward” as still the most viable plan for unity with diversity in the United Methodist Church (even the Schismatics admit it). And could it be?

With the variety of proposed legislation likely due in January 2016, my hope is that any future plans coming in the next 15 months take seriously the above criteria and seek to work within our current polity or to propose constitutional amendments that include moratoriums on clergy trials as related to LGBT identity and same-gender marriage. We need either to work within our own polity, or to offer a breathing space to give time for something new to come in–if only we can lay down our arms long enough for it to be so.

I believe we can.