Home/Church Talk/To strengthen diversity, sit closer together in the pews 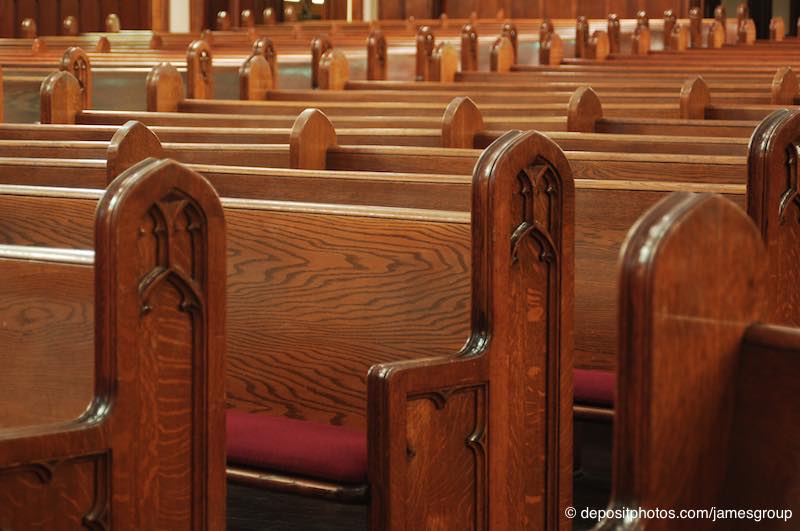 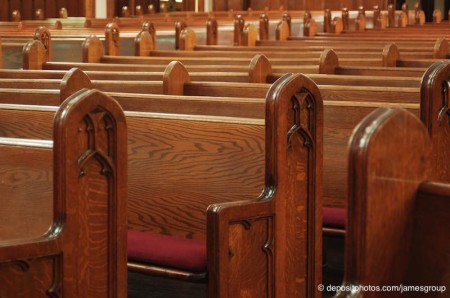 Drive closer to one another

There was an article that caught my eye a while back entitled “Why 12-foot traffic lanes are disastrous for safety.” I assumed they were talking about the incredibly narrow lanes of Storrow Drive in Boston, but apparently most lanes are 12 feet across. So why is the typical wide lane dangerous?

States and counties almost always apply a 12-foot standard. Why do they do this? Because they believe that wider lanes are safer. And in this belief, they are dead wrong…They are wrong because of a fundamental error that underlies the practice of traffic engineering—and many other disciplines—an outright refusal to acknowledge that human behavior is impacted by its environment.

On city streets, most drivers ignore posted speed limits, and instead drive the speed at which they feel safe. That speed is set by the cues provided by the environment. Are there other cars near me? Is an intersection approaching? Can I see around that corner? Are there trees and buildings near the road? Are there people walking or biking nearby? And: How wide is my lane?

You have to read the whole article, but essentially: smaller lanes make us feel closer to things around us and it causes us to drive more attentively and slower. When we are further away from the nearest object in wide lanes, we feel more in control and less attentive to our speed and our surroundings. Human behavior is impacted by its environment and there are studies that show how lane width affects driving patterns and pedestrian safety.

Sit closer to one another

Thinking of how we drive and are aware of cars next to us causes me to think of a hot summer day about a year ago.

It was a Sunday morning and a woman had recently changed her medication, causing her blood pressure to drop while she was sitting in the pew at church. She hunched over and passed out–without falling over. If she was in the pew by herself, she might have gone the whole service like that (falling asleep is common during my sermons). Luckily she was sitting next to an attentive pewmate who noted something was wrong and got help: a doctor came over, 911 was called, and they carried her out in a stretcher. She’s fine by the way.

I think people need to sit closer to each other during worship for the same reason we need to drive closer to each other: we become more aware of the other. We can notice a woman faint. We can see a newcomer fumbling with a hymnal. If we drift off, we are startled into standing or kneeling because of our pewmate’s movement. It’s easier to start conversations with newcomers than a wave from far away down the 12 foot pew.

Indeed, the very architecture of long wooden pews allow for people to sit closer to one another because they don’t have pre-defined space like chairs or seats do. There’s no delineation of “this amount of fabric is clearly mine” because it’s all one fabric and one cushion. Though with chairs it is possible to just choose a seat closer to people, pews allow for more intimacy.

While obviously introverts and folks who do not want to be close to others for their spiritual moments ought not be swarmed on Sundays and forced to engage, if everyone made it a point to be as close in proximity as possible to each other, imagine what community might come from that!

Believe closer to each other

Finally, there’s a lesson about proximity and belief that can help us better turn diverse congregations outward.

In Bill Bishop’s 2008 book The Big Sort, Bishop examines the demographics of the Presidential elections and finds this interesting correlation:

I have a theory that the farther away you are from another human being, the more likely you are to be a Republican…Republicans were moving into places where people lived father apart. Democrats were clustering in places where people lived closer together…the average population density for counties voting for Bush was 110 people per square mile in 2004. Those voting for John Kerry in 2004 averaged 836 people.  (p.205)

Online articles like this one and this one flesh out the population density question a bit more. Bill Bishop then applies the same concept to values and tolerance:

Researchers [during World War II] found that white soldiers who had fought alongside black troops held more positive racial attitudes than whites who hadn’t. Similarly, as white merchant marines took more voyages with black sailors, the racial attitudes of whites became more tolerant. These findings supported a belief that prejudice resulted from ignorance and ignorance was the result of a lack of contact (p.284)

But is it just exposure of driving closer to others and sitting in the pew next to others that overcomes racial barriers? Not really, Bishop concludes:

[However], not all contact between groups helped reduce prejudice, psychologist Gordon Allport concluded in the mid-1950s. Allport described a number of conditions that were necessary to bring opposing groups constructively together. First, the groups had to see themselves as equals. [And] second, meetings between the groups should take place as a regular pursuit of an ordinary and shared goal. (p.285)

Churches who honor and uphold diversity in their ranks didn’t get there by osmosis from being close pewmates, but rather by intentional engagement of a common goal alongside people of difference. The closer they got to one another–but kept their eyes on their goal–the better they were at tolerating their differences.

I think there’s a practical lesson for churches who have a diverse body: have a common goal and activity that people engage in. To seek diversity is not the goal: you seek a common goal and remove the barriers to having a diverse body pursue it. Diversity is a means, not an end. As we become more fully the body of Christ, as urban density becomes more the norm, churches that struggle with diversity and closeness would do well to examine their architecture and their mission to see if there’s a hack to their current system that will bring transformation.