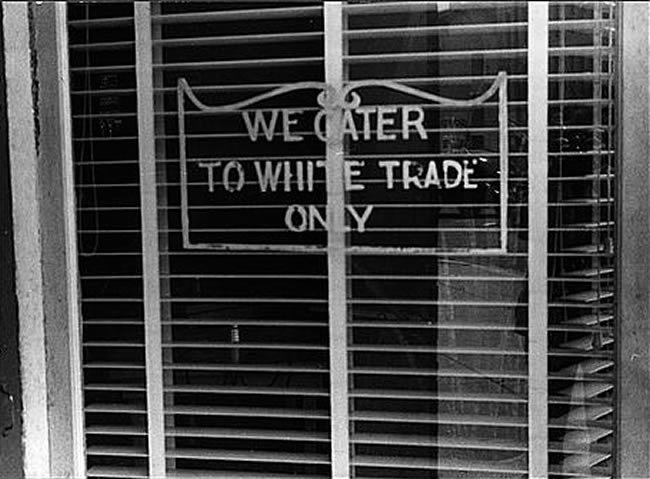 Progressive pastors who support full inclusion of LGBT persons in the United Methodist Church have a lot in common with racially-inclusive poll workers and restaurant owners in the 1900s.

A Tradition of Social Engagement

Ten years ago, I was a seminary student in Boston, Massachusetts. Three times I visited Union United Methodist Church in downtown Boston, which was the first predominantly black Reconciling church in the country (it was pastored at that time by the recently-deceased Bishop Martin McLee). And on one of those times, I might have worshipped next to Rev. Jay Williams, a former congregant who is now their senior pastor.

Rev. Williams recently penned an article at UMC.org that frames the LGBT discussion in a way that I hadn’t considered before. Williams’ church has a story filled with engagement with social concerns and embrace of people hurt by oppression:

Ministry is more about people than policies.

Although the people of Union are not all of one mind, there is something that all of us have come to know: our DNA is made up of the double helix of biblical faith and social justice. Since the congregation’s beginnings in 1796, we have been abolitionists, de-segregationists, women’s rights advocates, civil rights activists, anti-apartheid protesters and economic-equality seekers.

All these issues are tied up in Christ’s invitation for us to be reconciled and set free. So as we struggle to find our way forward as a congregation, we have covenanted to stay at the table as we seek a table for all. We gather as broken vessels around a broken loaf as one people.

The Church has been through a lot and even though the congregation has found itself on opposing sides on many issues, they saw themselves as fellow human beings and stood with one another when the going got tough.

It is in this tradition of engagement that Williams frames the situation in the United Methodist Church. Williams’ church and conference supports full inclusion of LGBT persons, and yet he is told by his denomination that he must not provide marriage services to his same-gender parishioners.

As an African American, here’s what it feels like to be told these contradictory things:

Walking this road as Union’s pastor has been challenging, complicated and occasionally contradictory. The painfully ironic thing is that I have been appointed by the general superintendent to a “reconciling church” and then ordered by the denomination not to pastor all my people fairly. As a black man in the United States, I know that the “separate but equal” thing simply does not work.

So I’ve decided not to be a “Jim Crow” pastor. I simply do not know how. As the pastor of a historic, justice-seeking congregation in Boston’s South End — the city center of queer life — I am simply doing what I must do.

You see, I do not know how to discriminate against my own members because I vowed in my ordination “to seek peace, justice and freedom for all people.”

It’s a framework that I haven’t considered before because we (rightly) usually focus on the African-American experience of Jim Crow rather than the white activist side. But in Williams’ framework, he indicates that the white poll workers and restaurant owners, folks who were not racist and did not see other races as inferior, were forced to discriminate.

It was the law to have separate rooms for races, to install separate water fountains, and for poll workers to ask license questions. Regardless of one’s personal convictions, they had to follow an unjust law and treat people as inferior because of the color of their skin.

…Reverberate in the United Methodist Church

In the United Methodist Church, we affirm that “LGBT persons are of sacred worth” and are not to be discriminated against…except when it comes to ordination and marriage. While people lift up this sentiment as compassionate orthodoxy or the middle way or even a very progressive position, for non-LGBT persons who support full inclusion, being unable to offer or support persons is an unconscionable position to be in, leading them to decide what to do when the Church is wrong.

Indeed, they might see much in common with racially-supportive persons in the Jim Crow era who were forced to discriminate or face retributions themselves. I would imagine that late 19th century poll workers and restaurant owners who did not see other races as inferior had to make choices that sound awfully familiar to progressive clergy who offer marriage services to all their congregants:

Love in an Unjust World

Williams closes with a reminder that his convictions come not from secular nonviolent resistance training but from his call as a pastor:

This is not so much the position of an activist, but rather of a pastor who answered a call. My call and my vow are “to lead the people of God to faith in Jesus Christ.” The folk in my pews, who sing in the choirs, and place hard-earned money in the offering, are searching for unconditional love in a world full of broken promises.

As a church, when we baptize a child, we promise and covenant to support them. It lifts my heart when I baptize that child of a same-gender couple and I see in the couples’ eyes an earnest hope that their child will grow up in a better Church than the one they have now.