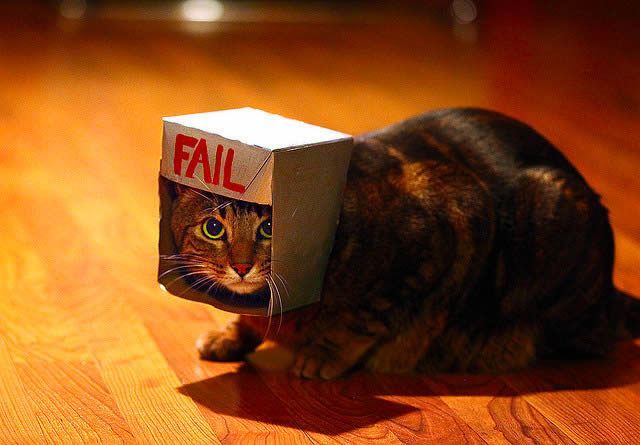 “Everybody is a genius. But if you judge a fish by its ability to climb a tree, it will live its whole life believing that it is stupid.” ~ Not-Einstein

A blog reader sent in a recent Faith Street article entitled “4 Ways Christian Fundamentalists Get Progressive Christianity Shockingly Wrong.” I loved it, and this is my version of it based on my persistent frustration in online conversation about the United Methodist Church.

Rev. Tom Lambrecht, an occasional commenter on this blog, recently considered the quantitative metrics of the Pacific Northwest Annual Conference and concludes:

The numbers show that an agenda of radical sexual permissiveness does not help the church grow, but instead contributes to its decline.

In harmony with the above, Dr. Christopher Ritter, proponent of one of the schism proposals, recently commented in the 4,000 member United Methodist Clergy group on Facebook in this way (no link as he deleted the thread):

Is there any place where [progressive views on human sexuality] don’t also coincide with advanced decline?

As a counterpoint, Rob Rynders, co-founder of a progressive UMC church plant in Arizona, refutes that linkage and points to our own denomination’s report here:

[W]e learned from the Towers Watson report that measured characteristics of church vitality…that theology and/or particular stances on social issues are not the key factors that drive church growth or decline. What the report did find, however, is that “vitality” is increased through a number of organizational factors such as quality of leadership, preaching, diversity of worship styles, numbers and types of small groups offered, missions giving, etc…

It’s past time that we stop using the “my church is bigger than your church because we take a X stance on X social, political, or theological issue” argument, once and for all.
Progressive congregations that are in decline aren’t in decline because they’re progressive. They’re in decline for the same reason that many conservative congregations are in decline: organizational dysfunction/brokenness and general shifts in cultural attitudes/behaviors (a.k.a. the move towards being a “spiritual but not religious” nation).

To compare the growth of a conference right in the middle of the None Zone and a conservative conference in the Bible Belt and claim the difference is because of LGBT inclusion is erroneous and disregards our own denominations’ (very expensive) report on the topic.

Progressivism is often painted as a poison pill for Methodists: if localities adopt progressive stances, they will lose members, unlike the evangelicals. In reality, the numbers show that the evangelicals were merely able to stave off decline longer than progressives: the Southern Baptists are in their third year of decline. I wonder how they’ll get to blame progressivism for that one?

For all the pious grandstanding from the far left about how “this is our church, too” I genuinely think they know that [progressives] don’t have the ability to start their own church from scratch.  Where are the progressive megachurches and healthy progressive denominations?

…The progressive strategy for decades has been to agitate and advocate for change from within, rather than take an entrepreneurial approach, because they are quite aware that they have no ability to build something from the ground up.

…I am well aware that the UM left has no interest in creating a new denomination, because they couldn’t do it if they wanted to.

In the best case scenario (to my view), there will not be a progressive denomination because there will not be a need for one. The best institutions absorb the gains of the movement. The power of the United Methodist Church is in its twin arms of evangelical zeal and progressive political theology, and whichever one is the institution at the time should consider how to absorb the movement’s successes, instead of cutting them off.

The important point is that neither side can cede a quality to the other. Conservatives are not the only ones with an entrepreneurial zeal: progressives are too, just in different ways. Likewise, Progressives are not the only ones concerned about justice: conservatives are too, just in different ways. But to label one side as completely lacking in a quality is to fail to recognize that you’ve defined a quality in a way that presupposes the answer.

Side note: Glide Memorial Church is one of the Top 10 United Methodist Churches in the world (by attendance) and they are unapologetically progressive in the heart of San Francisco.

I hate to point at one group twice in a single blog post, but sometimes the content writes itself. Even when the Via Media Methodists try to include progressive voices, they include ones that parrot their own talking points. Case in point from a token progressive that has recently been exhibited on their website:

Where Progressives fall short is that too often than not conversations on politics and culture tend to crowd out other substantial discussions such as mission, ministry and discipleship.  It’s important to talk about the inclusion of LGBT people in the life of the church, but if we aren’t also talking about how to keep churches healthy, how to make disciples, there may likely be no churches that have opened God’s tables to LGBT folk.

The promotional tagline for this post was “seeking a via media in his own church.” Thus, the “via media” is depicted as between activism and discipleship–as if they are mutually opposed.

The truth is that progressives have a strong theological link between activism and discipleship as they seek ethical living in diverse communities. Rev. Roger Wolsey, a UM campus minister in Colorado, outlines as much in his book Kissing Fish (which is an excellent Facebook page too):

Many progressives believe that Jesus “returns,” and God’s Kingdom is manifest, whenever we feed the poor, heal the sick, stand with the oppressed, seek to end their oppression, and love our neighbor. I might suggest that the return of Christ could be said to have “fully returned” and that the “fully realized Kingdom of God” could be said to have taken place when we eventually come to a place where a critical mass of the world’s population comes around to thinking and acting in these ways.

Living “in Christ” and living in Kingdom ways doesn’t make for an easier life. It is certainly far more challenging than merely making do while passively hoping for Jesus to come down from the clouds. In fact, this way of being Christian, intentional deep discipleship, may seem much more challenging. It creates yet another reason for many people to passively go along with the teachings of conservative Christianity.

I don’t think Wolsey is trying to say that being a conservative Christian is easy. What he is trying to say is that discipleship in the progressive tradition involves much more communal aspects than scripture memory or worship attendance or whatever other false proxies are classically defined as “discipleship.”

Indeed, this very blog holds up a higher articulation of discipleship than many conservative churches. You can find those posts–shockingly–in the Discipleship section of the website. In particular, the BaptismFAIL series (1) (2) (3) shows how cheapening aspects of Baptism is prone to error. If you are looking for a shallow definition of discipleship, you won’t find it here: you’ll find the progressive definition that doesn’t separate the individual from the community.

What should Progressive Methodists Do?

For starters, progressive Methodists should quit yielding the field to the conservative Methodist bloggers as the de facto voice of Christianity. We have an articulation and should promote it.

Secondly, so much of the above is pointing out that the “other side” is using terms that they have defined. It is always better to show how Progressives have defined discipleship, evangelism, entrepreneurial zeal, and other terms and how they are living into those definitions–then contrast the two. That leads to helpful discussion and ceases Progressives being judged on a term they disagree with anyway.

Finally, Progressives would do well to point out that all of the above critiques are about church growth. Whether it is a winnowing of the church ahead of us or a New Great Awakening, there are widely shifting times ahead for the church, and it will take all of our creative efforts to find a way through it. That’s one of the reasons why I’m glad to be in the None Zone now as I want to be part of the great experiments to figure out the church before the creeping secularism hits the Bible Belt and demolishes it.

In these endeavors, progressive Methodist must be humble and seek to find the truth in whatever situation we are in, hand-in-hand with the “other side.”

But we can no longer be timid.

*NOTE* Many people have commented that VMM is not conservative. Part of online discussion is determining if a label is accurate–self-labeled or other-labeled. By labeling them as such, I hope to cause people to ask if VMM actually IS a collision of the best of both sides. The more people see the shortcomings that I do in their treatment of progressives, then the better (I hope) they become aware of them and their writings become more accurate.  (added as an edit after this was posted)