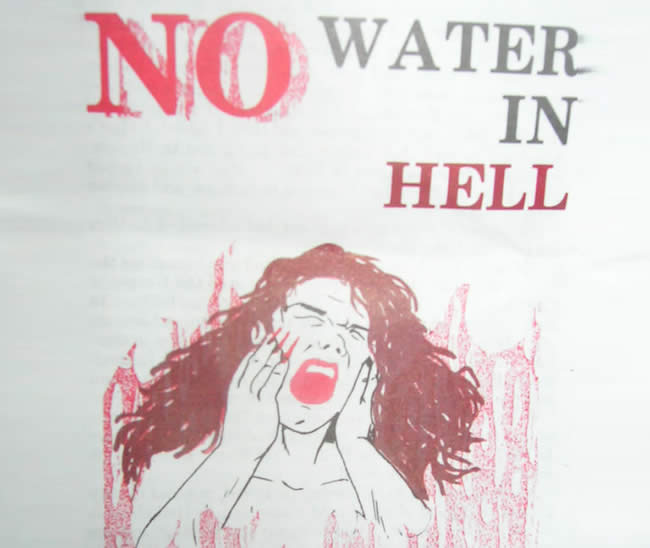 For conservatives and those who adhere to traditional Christian beliefs, there’s an easy reason to want to evangelize the world and share the Good News: to save people from Hell.

At its best, it makes evangelical organizations and churches work well together, regardless of their different worship styles or ecclesiologies or ethics. Because so long as people are being saved from Hell, that’s a common goal they can all rally behind.

But is Hell a motivation for everyone?

For an increasing number of progressives (and some evangelicals), Hell does not function in the same way as Conservatives. Looking at the chart above, in many understandings of soteriology – of who is saved and how – hell does not place. Here’s each section from the original blog post here (I realize I need to update it based on comments on the original post, but here’s the 2011 version):

As you can see, some of the above understandings of “who is saved” don’t have a place for Hell. Popularized by Rob Bell (who I would call Universal Grace, btw), the concept that God will save people after they die has a long undercurrent in Christian tradition but is more well known today. But beyond that, only two of these specifically see hell as the most likely place for non-Christians to go, and only one can do anything about it: Exclusivism. Thus, a belief in hell is extremely motivating for Christians who hold this soteriology.

So what motivates Progressives?

Progressives, what is it that motivates you to share your faith in Jesus Christ?

For decades, the Social Gospel has been our go-to idea: through making the world better, we spread the love of God. It’s the reverse of the United Methodist mission statement: We transforming the world to make disciples of Jesus Christ. And it has motivated many to do incredible actions of mission, hospitality, justice, and mercy. Is that what motivates you?

Some progressives they see salvation as extremely contextual. One colleague of mine says that what motivates him as a progressive is that “everyone I meet need to be freed from the chains that bind them. They have a problem with the Bible, they need to read it to remove the chains. They have a problem with LGBT people, they need to study and serve alongside to free them. And I help facilitate that interaction and transformation by the Holy Spirit.”

Other progressives see salvation as communal and see salvation not primarily in terms of life after death for the individual, but in terms of bringing about the kingdom of God: a new social order where there will be equality for all. For instance:

If, as the traditional formulation has it, history and eternity are two parallel (i.e., nonintersecting) realms, our goal within history is to gain access to eternity…but if history and eternity intersect, if salvation is moving into a new order–then we must strive against everything which at present denies that order.

So there’s still plenty that motivates progressives to share their faith in word and deed. Hell does not always factor into their theology, and indeed for some it is not motivational at all. And yet progressives and traditionalists and evangelicals can work together to bring about the Kingdom of God here on earth, even as they are motivated by–and conceive of that Kingdom–in very different ways.

Let’s take that as a poll:

I’m interested in the responses because in two weeks, I’ll be preaching at my local church on “Is Heaven for believers of all faiths–or just one?” as part of a sermon series responding to questions asked by our congregation. I’ll post that sermon later.