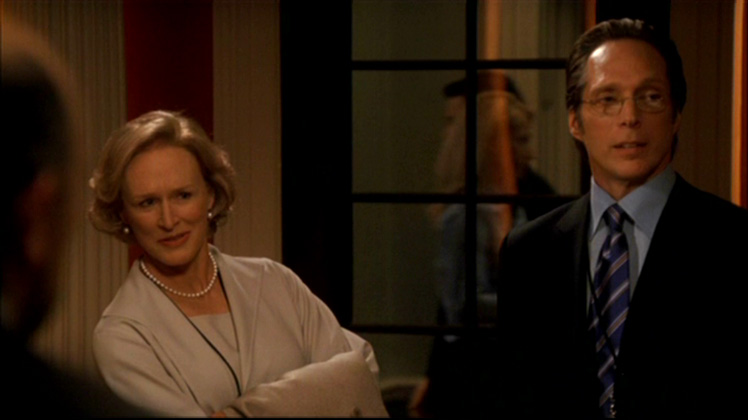 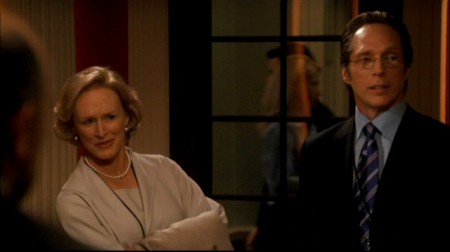 The West Wing’s Team of Rivals

In the series The West Wing, the Season 5 episode “The Supremes” deals with the death of an arch-conservative Supreme Court Justice Brady. The Bartlet Administration (Democrat) has to choose a replacement justice that will be confirmable by the Republican-led congress. Even though he is supremely impressed with liberal Judge Lang (played by Glenn Close), President Bartlet is close to choosing a more moderate judge.

During Bartlet’s musings, he is visited by a crotchety former justice who remembers when the best law was decided by the Supreme Court:

Justice Mulready: Who’s at the top of the list [of Supreme Court nominees]?
President Bartlet: Brad Shelton [sees his expression] You don’t like him?
Justice Mulready: He’s a fine jurist. And in the event that Carmine, Lafayette, Hoyt, Clark, and Brannagan all dropped dead, the middle would still be well tended.
President Bartlet: [Chuckling] You want another Brady.
Justice Mulready: Sure. Just like you’d like another Ashland, who wouldn’t? The court was at its best when Brady was fighting Ashland.
President Bartlet: Plenty of good law written by the voices of moderation.
Justice Mulready: Who writes the extraordinary dissent? The one man minority decision whose time hasn’t come but 20 years later, some circuit court clerk digs it up at 3 in the morning. Brennan rallying against censorship, Harlains jeremiad on Jim Crow…
President Bartlet: There are 4000 protesters outside this building, worried about who is going to land in that seat. We can’t afford to alienate all of them.
Justice Mulready: We all have our roles to play, Sir. Yours is to nominate someone who doesn’t alienate people.

Presuming that the best law is written in contention, the administration comes up with an idea: what if we convinced another judge to retire, and then we could nominate two polar opposite judges: one liberal, one conservative. This “team of rivals” approach of President Lincoln’s yielded a strong cabinet to navigate the intricacies of the Civil War, so in The West Wing episode, the proposal ended up being acceptable to all involved. The model of two rivals (Brady and Ashland) searching out the best form of law became the depicted best makeup of the Supreme Court.

Team of Rivals or Too Many Rivals?

The metaphor of Brady and Ashland is one I’ve been drawn to: as our church and society becomes more polarized, what value is there in keeping different voices together? Is the best church still found in contention?

In secular society, we only have to look at Congress and its polarized factions being unable to get anything done, and an increase in landslide counties supporting the status quo. In the United Methodist Church, we only have to look at the “Do Nothing General Conference 2012” and the failed Call To Action as an example of what happens when you exclude reasonable voices from the table.

In an increasingly polarized group, for minority values and efforts (which are often progressive), change comes in two forms:

I believe it’s fear of both of these sources of change that drives the schism discussion in the United Methodist Church.

Nevermind the caucuses…what about LGBT persons? Honestly, it’s a mixed bag that perhaps is informed mostly by region. From the series of LGBT voices responding to “A Way Forward,” those from the Northeast (Massachusetts and New York) were most strongly opposed to AWF, whereas those in the South tended to be most appreciative of it. To those whose tipping point to a safe(r) church has already passed (unofficially), they oppose the piecemeal approach of AWF. To those who see safety and honoring their full selves to be so far away, AWF allows for pockets of resistance against the deeply Traditionalist south. I can’t presume to speak for LGBT persons: I’m just reporting what’s been written into me so far.

In summary, for the schismatic Traditionalists and Progressives (and many LGBT folks), breaking up the UMC allows both agendas to be satisfied: they can spin off from Brady or Ashland, leaving them to walk down the road to their own ruin or reign, and they both get the church they want.

I think the hope for the UMC lies in the weathered churches and people that have gone through the fire and emerged on the other side.

The reality is that many churches don’t fall neatly along ideological categories and they view the current discussion about schism in the United Methodist Church with serious concern. In Amy Frykholm’s article on Schism in the United Methodist Church, she notes that schism would disproportionately hurt those churches that have done the hard work of Brady and Ashland:

To get to the point where two national churches could be formed, the church as a whole would have to allow individual churches to choose which newly formed organization they will join. There are no signs that this will happen without a bitter battle. And, as some point out, not every congregation or every United Methodist can be so neatly divided. The ax would fall hardest on congregations that have worked to bridge divides and maintain diversity in their pews.

Far from being mushy moderates, such churches could show what it looks like when the best of both sides is brought up. Like Brady and Ashland sharpening each other, the best way of being church might be formed in the crucible of ideas and polity. Unlike the rest of society that is becoming more ghettoized, the United Methodist Church has the potential to not only model unity in diversity, but also novel ways of being church to sustain us through the wave of secularism.

Maybe that’s Methodism’s gift to the world: not buildings or books or celebrity pastors, but a quiet method to life together that forsakes the ghettoization of the world around us.

And when one side feels like they have lost, they may write the extraordinary dissent, one that might be picked up in the future if the pendulum starts to swing again.