Home/Church Talk/Sermons/How do we live united in diversity? 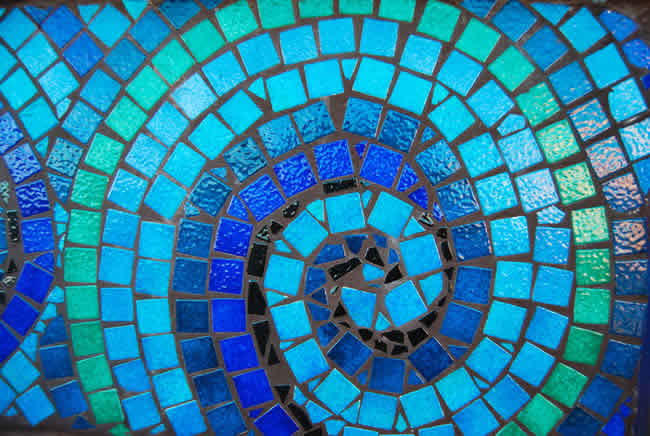 Note: this is an adaption of a sermon given on July 6th, 2014, which also includes one of my frameworks for sermon-writing (found in the section headers)

As I was reading sermons from our church’s past, I happened upon a story told from this pulpit back in 1992 about a church that was going to get a new pastor. The council chair wrote down the list of qualities he wanted in the new pastor, gave it to the Bishop, and waited for the pastor to show up that resembled his values in every way. What they got was a woman minister who was unlike him in many many ways. From preaching style to conversation style to the fact that she was a woman, she was the polar opposite of the council chair.

The council chair criticized her at every turn and kept looking for the smallest infraction. Finally, he decided to invite her to his boat moored on the Willamette and spend more time with her so they could iron out their differences. She agreed, they met at the waterfront bridge and set off. After going a few dozen yards from shore, the pastor said she was cold and wanted to get her jacket from her car. The chairperson said “I can take us back to shore.” But the clergywoman said “don’t bother” and she stepped out of the boat and walked on water back to the shore.

As she walked on water away from the chairman, he muttered under his breath. “I can’t believe they sent a pastor who can’t even swim.”

There’s a truth to it that no matter how amazing a person may be, if they don’t look like us or think like us, we are suspicious.

Diversity, once an ideal cherished by communities, has these days become more like a polarity of extremes. I only have to start my computer to see the divide. I have diverse Facebook friends from the rural Oklahomans and Texans to the urban Boston and Portland folks. They don’t share a lot of politics in common. In fact, the only crossovers they have in common is a love of cat videos, the online game Candy Crush, and Ellen Degeneres. You probably see similar things.

The reality is that we are living in a different way today than we did 40 years ago. Researcher Bill Bishop in his 2008 Book “The Big Sort” examined the way how our diverse country has become more polarized in the past four decades. He studied the number of landslide counties: counties that went over 70% for a particular candidate in the presidential elections. Since the 1970s, the number of those counties increased 300%. That’s a lot of like-voting people living in the same place. The question then was why did so many Republicans move to Cooke County, Texas, and so many Democrats to King County, Seattle over the past 40 years?

What the researcher was surprised to find was regardless of how much influence top-down gerrymandering or dark money in politics might have made for these landslide regions, the primary force for this change was bottom-up: choice of people like us. We moved to be in neighborhoods with people like us, who had the same Jed Bartlett 2008 bumper stickers we did. We often choose the feedback loop of hearing our own thoughts of what is right or wrong reflected in our choice of watching Fox News or MSNBC, reading the Wall Street Journal or the New Yorker, reading daily bible reflections by Bishop Spong or Al Mohler, or listening to NPR or Talk Radio. There’s even religious search websites like Jewgle that returns only Orthodox Jewish results, or SeekFind that return only conservative Christian results. Not kidding!

And if we are not with people who reflect ourselves, we often choose not to. We freeze out that coworker at work, avoid family dinners, or excuse ourselves whenever “that friend” hosts game night. Some even want to split our church into a progressive church and a traditionalist church over our beliefs about the inclusion of LGBT persons, seeking to turn the United Methodist Church into the Untied Methodist Church. The reality-good or bad-is that we increasingly live, experience, and surround ourselves with media and people that reinforce our beliefs rather than challenge them. We often forsake diversity for an overwhelming unity with a few token outliers.

And yet that is not what Paul hopes for the church at Ephesus. The people in the church of Ephesus had a question about unity and diversity, as did the Roman church and the Corinthian church. And they wrote to their church planter Paul, whose letters make up the bulk of our New Testament. To the Corinthians, Paul wrote about love being patient and kind. To the Romans, Paul wrote about using a diversity of gifts. And to the Ephesians in chapter 4, Paul writes about a diversity of gifts but with a purpose: to sustain us until Jesus returns. We sharpen and use our variety of gifts to make the community a better place so when Jesus returns he will say “well done good and faithful servants.” While Paul believed it would only be a few years until Christ returned, and that it would be in his lifetime, 2000 years later we are still waiting, abiding with these instructions, making the world a better place with an even deeper sense of patience and humility

Paul implores that church to live in ways that celebrate diversity, not limit it. He calls them to be apostles, pastors, teachers, evangelists, prophets, and equippers of others: these were all service that people gave to their community, not just to the church. What the community needed was a robust diverse church, able to seep into the cracks in society at all levels, and lift it up to become a reflection of the kingdom of God, not of Caesar. Diversity of perspectives was cherished by Paul.

So we get to the question called for today. How do we decide what situations need a variety of gifts and what situations require a unity of conviction? Think of your work or family or friends: what is the minimum you need to have to see yourself as a coworker, daughter/sister/father/friend? Look at the person next to you or down the row a bit. This is call and response: you can actually do it. What is the minimum required for you and your pewmate to agree on before you can peacefully talk religion at a dinner, or serve a meal together at a soup kitchen?

Paul challenges the church in Ephesus to live like Jesus. In Scripture, Jesus was invited into Pharisees home and threw down with them, challenged by scribes on the street who disagreed with his message or methods, and was at the well to confront the woman who came to get a drink. Jesus sought out dissonance and difference. His disciples criticized some folks who were healing people in Jesus’ name even though they didn’t have the home-team jersey on, and Jesus told them to lay off: the sport was more important than what team they were on. The mission was more important than the reasons for it.

Likewise, John Wesley, founder of Methodism, in his sermon “A Caution Against Bigotry,” he warned against having “too strong an attachment to, or fondness for, our own party, opinion, church, and religion.” He urged his followers to recognize the faithful witness of others, even when they do not agree on all matters that seem essential to us.

So where do we go from here? It is not often that the Book of Discipline, our book of doctrine, is read from the pulpit. Usually it’s up here to stand on so I look taller. At the risk of breaking that convention, hear these words from the section entitled “Our Theological Task.”

United Methodists, as a diverse people, continue to strive for consensus in understanding the gospel. In our diversity, we are held together by a shared inheritance and a common desire to participate in the creative and redemptive activity of God. In the name of Jesus Christ we are called to work within our diversity while exercising patience and forbearance with one another.

Such patience stems neither from indifference toward truth nor from an indulgent tolerance of error but from an awareness that we know only in part and that none of us is able to search the mysteries of God except by the Spirit of God.

This goes beyond the saying “agree to disagree” and the reality of that saying is that we can’t even agree on what to “agree to disagree” on. Instead of that rabbit trail, we are given the best way through our disagreements: recognize our own humility. If we approach each and every person with the awareness that we know only part of their struggle, and we know only in part what God’s possibilities are, and we know only in part what our role might be, then our guiding light through the diversity of human experience becomes patience and humility. Imagine what a little humility and patience might do for our work, family, and friend relationships.

We have a terrific opportunity in this church–more I daresay than other churches in our area. We are a metropolitan church that draws people of difference from all over, not just a few neighborhoods. Two years ago when I first came here, I entered everyone’s address into a map program. Our membership draws from absolutely everywhere. [names and locations]. We are a diverse lot, full of gifts and passions and perspectives that ought to be our rich perspective. But we need to talk to each other to be able to bring those pasts and gifts up.

I do believe there is a higher purpose than mere “agreeing to disagree.” With the polarization of our country, the acrimony of opposing sides growing further apart, what better witness to the world could Methodism give than how to hold a unity in diversity and how to love one another even in our disagreement? Perhaps the lasting contribution of Methodism is not buildings or doctrines but showing how to live together in common mission with diverse approaches to that mission. Is that not an enviable and attainable contribution our church can make to an increasingly polarized society?

Send out with a purposeful story

In closing, I am reminded of what someone told to me when I was first married. It’s a simple phrase that you probably know: To like someone because; to love someone although. We may not like the ways how each other think or act, but we are not called to like each other. Ephesians says we are called to love each other.

And people who love each other talk to each other. Get to know your pewmate. Get to know people in your church. Join a supper group, a small group, a class. Beyond our church, with your family and friends, become that listening person who brings humility and patience to a world thin on both.

Maybe then we’ll become the disciples who can truly transform the world, not by our own powerful arguments or right opinions, but by the grace of God, known through Jesus Christ. Glory be to God. Amen.

Hear these words from Saint Thomas Aquinas in Benediction:

May we go forth knowing God the Creator, Jesus the Redeemer, and the Spirit the Sustainer is with us always, and may that bring you peace. Amen.