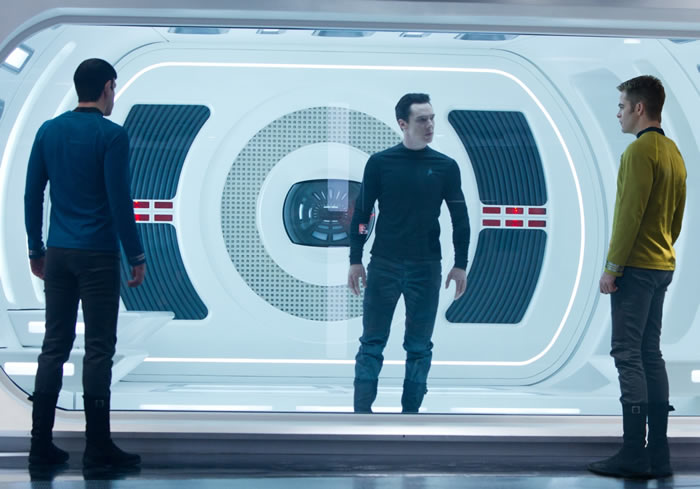 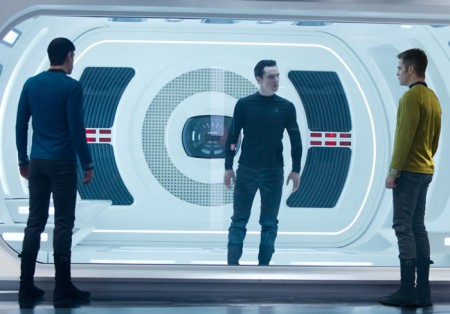 In Into Darkness, the latest Star Trek film from 2013, there is an interesting relationship between the rules and the right, which leads to some insight into the role of doctrine in the Christian life.

“Regulations aside, pulling you out of a volcano was morally right.”

At the beginning of the movie, Spock is about to be fried by a volcano and to save him, the Enterprise would be revealed to a non-spaceflight species, which is a violation of the Prime Directive. Here’s the exchange between Kirk and Spock:

Kirk: Spock, Nobody knows the rules better than you. But there has got to be an exception.

Spock: None. Such action violates the Prime Directive.

McCoy: Shut up Spock. We’re trying to save you.

Kirk: Spock!…If Spock were here and I were there, what would he do?

In a microcosm, you have the ethical conflict that is a part of many Star Trek episodes over the past few decades: Do we follow the rules to the letter, or do we bend them to seek the best end to a situation?

As expected, Kirk violates the rules to save Spock’s life. He suffers the consequences and is relieved of his command. Just after Kirk loses his ship, a rogue Starfleet officer, John Harrison, blows up a Starfleet archive building and attacks Starfleet’s top officers. Kirk is given back his command by an evil Admiral and commanded to assassinate Harrison who has escaped onto a Klingon world, but all is not what it seems.

One blogger articulated the conflict between orders and morality in the Klingon mission in this way:

In the distorted morality field of hollywood cinema I didn’t even recognize the problem until Spock pointed it out. Captain Pike, Kirks mentor, had been killed in the attack. Many innocent civilians were dead. They knew where the perpetrator was and they had the means to destroy him – movie logic dictates that they proceed to do just that.

Spock, however, jars the audience back to reality by pointing out that execution of a criminal without trial is a betrayal of justice. Furthermore, the violation of the sovereign space of the Klingon home-world that would be required in such a mission was itself unjust and risked igniting a full blown conflict with the Klingons. Spock is emphatic and direct – to follow the orders they have been given would be wrong, immoral, unjust and places humanity in even greater danger.

What do you do when you are obligated to follow laws that are unhelpful and orders that are immoral? The theoretical arc of the story is that if Kirk had followed the rules to the letter, Spock would be fried by a volcano, Kirk wouldn’t have volunteered for the unethical Klingon mission, someone of less ability would have, and the evil Admiral would have won, killing untold numbers of people. Like Spock’s concern, to follow the orders given would affect the many not the few (in retrospect).

“Is there anything you would not do for your [church] family?”

It is unfortunate that in the 21st century, the mainline church finds itself in a similar situation of living under unjust laws and order.

As the world’s perception of LGBT persons changes around churches, many clergy and churches are experiencing change in their ability to comply with church doctrine towards such persons with integrity. Through personal experience of LGBT persons, reasonable engagement with our Christian doctrine, and study of our Christian Scripture and tradition, clergy in varied traditions have advocated for polity change or outright disobeyed the doctrine of their respective churches.

Pastors have married same-gender couples and some levels of churches have ordained partnered LGBT persons…many before their traditions came around to it. As with Captain Kirk’s conflict with Starfleet regulation, those who violate their tradition’s doctrine do so with the full knowledge that they can lose their ships–or, rather, their ordination or church appointment.

But why would they make such a choice like the United Methodist clergy Frank Schaefer that would cause ripple effects through family, church, and denominations? At the end of Into Darkness, Kirk explains why he went back for Spock:

Kirk: “I want to let you know why I couldn’t let you die. Why I went back for you.”

Spock: “Because you are my friend.”

In a 2013 survey, a third (32%) of respondents say they changed their minds on LGBT inclusion because they know someone who is LGBT. It is through our relationships with LGBT persons that some have felt the call to violate the order and rule that are around us. It is through the practice of ministry and seeing God’s light in others that we see the best situation might be outside of our established borders and boundaries of religious doctrine. And every person in those situations has to decide how to respond.

“I have no idea what I’m supposed to do. I only know what I can do.”

I think the depiction of these questions in Star Trek provides a helpful framework for people to see clergy and laity who agree with 99% of the doctrine of their churches but reject a few unjust ones. Like the many episodes of Star Trek, there were times when the Prime Directive was the best course of action–and there were many times when it was not.

From Socrates to Bentham to Kant and beyond, the question of ethics (situational or universal) is always before us. Church doctrine wraps those ethical questions in layers of loyalty and obedience, often to covenants between clergy, church, and Christ.

Like Seth Godin solving the nine-dot problem, sometimes the answer to our varied experience lies beyond what the rules seem to indicate at first. Perhaps obedience is to something more timeless and contains more wisdom for ethical situations, what I would call a combination of several things:

Like Wisconsin discerned for the United Methodist Church, when a clergy covenant is stretched too thin to faceless people in far-away towns, the Covenant becomes the Prime Directive: unyielding in its regulation, and yet inapplicable when a community of people discerns its limitations and seeks to live into the change. This self-corrective cycle is missing from the Star Trek universe: there’s no way to change the Prime Directive, whereas in mainline churches the doctrine can eventually reflect the needs of the many. Covenant, like treason, then becomes a matter of dates.

My hope for you is that through prayer, study of Scriptures, wisdom, and tradition, and having a group to be accountable to, that you will discern a way through your ethical questions and experiences, and find ways to reflect the Spirit who works through our human systems, shortcomings and all.