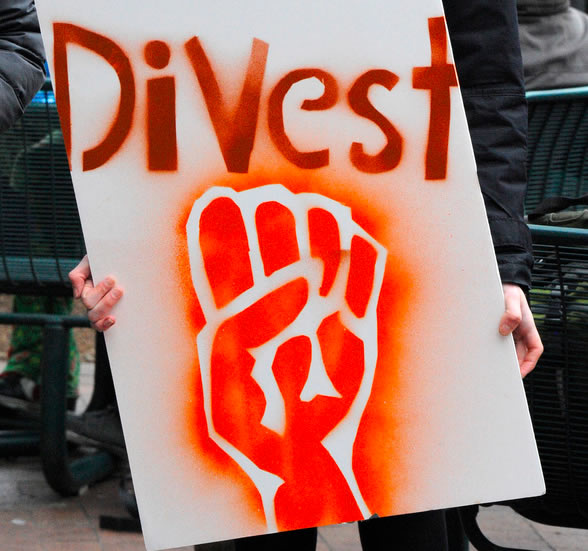 Over a year ago, this blog did the unique work of addressing the Langford Proposal, which was a call for mostly conservative reform-minded congregations to divest from the United Methodist Church’s global ministry areas and re-allocate that money to local ministry areas. We posted five blog posts opposing it, including a rebuttal from Rev. Langford himself.

Now, a year later, it’s time to turn our focus to the progressive side of things as at least two groups have proposed similar divestment strategies. Even if, as a progressive, I agree with the ultimate goals of these groups, I cannot support this tactic within the United Methodist Church.

I locate my privilege in being a white heterosexual ordained clergyperson in a progressive conference in this way: while there may well be a situation where this is a regrettable but acceptable choice, I think the tactic is misplaced from the overall strategy.

Divesting from the Global UMC has too much collateral damage.

At the local church level, some progressive churches are beginning to withhold their annual church tithe (an apportionment) that is sent to the global UMC.

First United Methodist Church of Oneonta, New York will withhold 40% of its remaining apportionment from the Upper New York An­nual Conference in 2014 and will [withhold] 100% of its apportionment beginning in 2015…This practice will continue until the United Methodist Church removes the discriminatory language from the Book of Discipline and grants LGBT people all rights and privileges accorded to heterosexual people, specifically ordination and marriage.

There’s a long history of this defunding tactic. In fact, withholding or threatening to withhold apportionments is a regular tactic of those opposed to sexuality minorities in the UMC, such as the precursors to the Confessing Movement, Good News, and the IRD. For progressives to choose this tactic is to give legitimacy to the traditionalists who by policy or by neglect choose this approach, especially the IRD. As a friend on Facebook wrote:

“Withholding apportionments is the tactic of choice by those who have OPPOSED inclusion (first racial, then gender, now LGBT)  for over 50 years. The tactic doesn’t get “baptized” by being used by those who ADVOCATE inclusion.”

Further, divestment in this way is NOT a line-item veto. While defunding because of value reasons is at least arguable if you are just defunding that cause, the way how the UMC is set up is that our ministries are bundled together. Read here for at least six different ways how reducing a congregation’s ability to pay apportionments hurts real people, including likely some LGBT people as well. There’s just too much collateral damage to good ministries and works to defund the UMC in this way.

The United Methodist Church is a shared life together: our resources benefit causes we agree with and causes we disagree with. By withholding apportionments, we are hurting people who are not responsible for our discriminatory polity. By not withholding, we are perpetuating a polity that discriminates against LGBT people–this is TRUE–but folks have to ask themselves if the collateral hurt is worth protesting a different hurt.

Divesting from a local progressive UMC hurts the movement

Second, some individuals are being encouraged to withhold their tithe and support from their local congregation.

Love Prevails is a group who advocates the strategy of “disclose(t), divest, and disrupt” to advocate for change in the UMC’s policies against the full inclusion of LGBT folks. In their “Tools to Divest” recommendation, they write:

Again, this is a misplaced tactic. A local congregation only sends between 8-20% of its budget to beyond the local church. The rest of the money pays for the children’s minister, for the nursery worker, for the outreach, for the mission, for the soup kitchen or homeless shelter in the basement. It pays clergy salaries and compensation. If your church is doing good work, then divesting from the local church mostly hurts those ministries, not the global UMC discrimination.

Even worse, this approach neglects to mention that there are LGBT-friendly churches who do not need to be divested from. When the national church fails you, you support the local loyal opposition, not hamstring them by withholding funds. If the Western Jurisdiction in particular wants to neutralize the argument that “progressive churches are bleeding members and money” then those members need to support their local congregations, not divest from them.

Further, directing donations to an advocacy organization is not a tithe. Apportionments are a church tithe in that we give up control over the money to do what the local church cannot do alone. The same with a tithe to a local church: we give up control over the money we give (unless we are entrusted to serve on the Finance/SPRC/Trustees committees) as a reflection of our discipleship. To differentiate:

If you appreciate the local ministry and mission of a local progressive church, or even your region, then you need to support it, not divest from it.

These two lenses make the progressive viewpoint more holistic than other viewpoints, and that means they need to continually be self-corrected to make sure they are making the right strategic and tactical choices.

Thus, it is from being aware of the strategy and the tactics that I believe to divest from the UMC has more collateral damage than I believe is helpful. The withholding of gifts of money and of presence causes more harm in the long run as it hamstrings (1) the ability of the local progressive church to be a positive presence to LGBT folks in the community and (2) the collective groups of progressives to be viable alternatives to the majority position. I don’t claim to be infallible and I recognize my privilege, but I believe any divestment movement (from traditionalist or progressive wings) must be shown it is not the morally upright line-item veto that it is being painted to be before other groups and churches consider it.