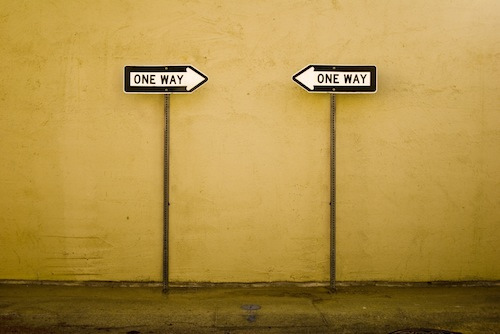 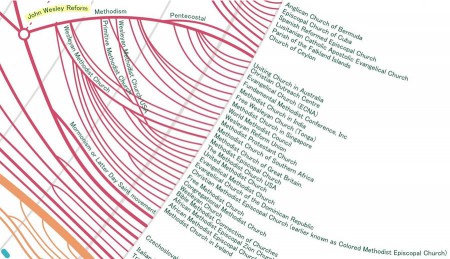 The Wesleyan branches of the Christian Family Tree

In the Wesleyan section of the Christian family tree, there are many branches. As discussed earlier this year, Wesleyanism encompasses Methodism, Nazarene, Pentecostalism, Free Methodism, the Salvation Army, and many other smaller denominations. In fact, the World Methodist Council encompasses 80 denominations with 8 in the continental US alone. There has historically been some movement (schisms, mergers, and transfers) of individuals and churches between these denominations.

So the relevant question is: If progressive Methodists found the United Methodist Church to be impossibly hostile to LGBT inclusion, where would they go?

The answer is not easy to hear: no American Wesleyan denomination allows for LGBT inclusion. The closest is our neighbors to the North as United Church of Canada churches can officiate same-gender unions on a church-by-church basis through the Affirming Church program. But the large American swath of the Free Methodists, Nazarenes, Pentecostals, etc does not allow for it. Even expanding the fuller Wesleyan circle to the relatively-recent conversations between Wesleyan Holiness churches yields zero churches for full inclusion.

In conclusion, The United Methodist Church is the closest to the progressive edge of Wesleyanism (and by extension, all of Evangelicalism), in part by its narrow margin (from 60/40 to 52/48 vote spreads since 2000) on the debate over LGBT inclusion. 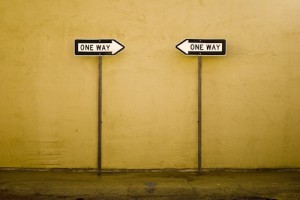 Framed in this way, seeing where United Methodism lies on the spectrum of Wesleyanism gives a clearer response for the two most common courses of action suggested by Traditionalists to Progressives.

1. Why don’t you leave and join with other like-minded progressives in other denominations?

The historical form of this is “if you affirm the gays, get out and join the UCC” which has admittedly been a standard practice for decades. Many of my LGBT clergy friends have found open ministry in the UCC and Episcopal denominations (and now Presby/Lutherans too), and yes, I’m glad for them.

However, I believe this is not an acceptable argument for Progressives who value Wesleyanism and have the privilege to stay.While other denominations will facilitate the Wesleyan perspective, it is not systematically taught and lived out across any progressive denomination. Yes, I affirm other denominations’ own integrity, and their own understanding of Truth. But they do not have what I claim as my lens and do not cherish my lens the same way that the United Methodist Church does.

2. Why don’t Progressives leave and start their own Wesleyan denomination?

The more common refrain these days is for progressives to leave and form their own version of the Methodist church. But it would be unjust to ghettoize Methodism further and remove progressive voices from international and local discussions in the successor to United Methodism. As articulated over and over on this blog, schism does not solve the problem within Wesleyanism and removing a progressive voice would lead to more harm–not less–for the average Methodist.

Indeed, one has only to look how other minorities have faired in the Episcopal Church turmoil: the breakaway Texas faction of the TEC stopped ordaining women and set back decades of equality. If progressives leave to form their own Wesleyan denomination, it stands to reason that clergy women would become endangered, as it just happened: in 2013.

In conclusion, with the knowledge that we are the most progressive that Wesleyanism has in its current state, some answers to those typical questions become more clear: there is nowhere else that embraces Wesleyanism and progressive thought more so than the United Methodist Church—even at the moment as it continues to deny LGBT inclusion. It’s our church too: why are we continually pushed to give it up when there’s literally nowhere else to go?

For those that have the privilege and ability to stay within the United Methodist Church, my hope is that they stay and fight for the future. As a straight white full Elder serving in a progressive conference, I am called to use my privilege to advocate for a better church than the one I was baptized and ordained into. 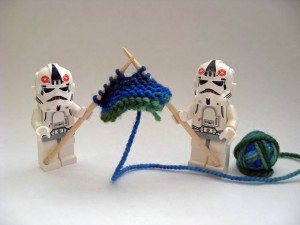 The Call to Endure

You can see why these years ahead of us in the United Methodist Church are so critical.

To the Traditionalists, the UMC is a firewall. If LGBT inclusion becomes part of Methodism, then not only has that part of the human condition become accepted by the mainline church, but also a church that is historically and firmly within the evangelical faith. No wonder parachurch organizations like the IRD use this fear for effective fundraising. And one has only to look at the extent to which evangelicals are railing against Matthew Vines to see how scared they are of one of their own embracing the fullness of the human condition.

But to the Progressives, the UMC is the fulcrum. It has the potential to move the entirety of Christendom as it weds progressive values with the Wesleyan perspective in authentic ways. It sits at the fulcrum of an evangelistic faith that believes in ways recognizable to both science and religion. We’ve already moved in that direction by embracing women in ministry and by rejecting colonialism by allowing global church a full vote in matters relating to their areas (though we need more work in that area to make it more equitable when it comes to the USA). We allow for reasonable solutions involving divorce and abortion and offer no prohibitions against transgender clergy. We’ve got a ton of work to do around LGBT inclusion, but…let’s face it: we’re the cutting edge, and we have credibility to both mainline and evangelical camps.

The world will be bettered by a Wesleyan perspective that embraces the whole of humanity. And I believe the Church will be bettered by those ecclesial objectors and progressive insiders who stand firm and advocate from within the United Methodist Church, changing hearts and minds one person, church, conference, and continent at a time.

I know perseverance works because of our history. The Wesleyan world is bettered by those progressives who did not leave the UMC over women’s ordination and now we are the largest American denomination that ordains women. Across the world we ordain women. Do we want to turn back the clock like the TEC’s breakaway factions?

So we stay. We fight. We advocate. We agitate. We pray. We talk. We coexist as Methodism 2.0. We persevere because one day the Church and World will find the same value that I do in a Wesleyan theology that is fused with progressive understanding of the human condition and lived out in missional ways.

And when that happens, I want you in that church. Standing next to me.