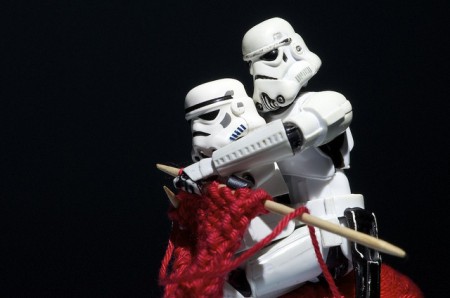 Christian Century has a new article out today by reporter Amy Frykholm (whose work on the None Zone we have quoted before) about Schism in the United Methodist Church.

There’s a whole bunch of activist staff and seminary professors quoted…and one little ol’ local pastor who has a blog named Hacking Christianity.

Huzzah for the big leagues!

But given I don’t have the trained media savvy like the activist staffers, I think my quote in there merits some clarification. While I’m 100% certain it was exactly what I said to Ms. Frykholm in my interview, it wasn’t precisely what I was thinking.

Here’s the full section with my closing quote:

Many in United Methodism worry that those who perform same-sex ceremonies are acting as individuals, not as part of the connectionalism vital to United Methodism. One person I interviewed said, off the record, “I don’t get it. How can you claim to be part of the church and then say, ‘I am going my own way, with or without you’?”

But Robin Hynicka challenges the idea that performing a same-sex wedding—which he did in November 2013 at Arch Street United Methodist Church in Philadelphia along with more than 36 other UMC clergy—was an act of individualism. His decision, he says, was based on a process of discernment undertaken with both his congregation and his colleagues. His decision to perform a same-sex wedding was not, in his view, an act of disobedience but an act through the Holy Spirit working through a deep affiliation with his congregation and its needs.

Jeremy Smith, a pastor who blogs at hackingchristianity.net, agrees that accusations of individualism are misplaced when directed at activist clergy. He believes that these clergy are not acting as outliers and individuals but as a “sustained community that consistently comes to the conclusion that this is discriminatory. And they come to this conclusion across differences of age, gender, and region. It doesn’t even matter that they agree on theology. I think you have more authority to speak up because you are not an isolated individual—you are part of a community.”

The bolded section, in my mind, should be a continuation of the previous line of thinking. So in my head, it would have read:

And they come to this conclusion across differences of age, gender, region and across the theological spectrum.

I think that’s an important distinction because the LGBT question reaches across so many boundaries. When I was volunteering with a mission congregation to the LGBT population in Boston, Massachusetts, we would get a steady stream of LGBT persons that came across our presence. But because our congregation was progressive and liturgical, though the LGBT persons welcomed the acceptance and support, if they came from a more evangelical or Catholic background, they experienced a disconnect with the worship experience.

The LGBT question crosses boundaries of age, gender, region, and across the theological spectrum. There are LGBT persons who are strongly evangelical and believe the Bible is 100% inerrant (except 6-7 verses). There are strongly progressive, strongly Traditional, and strongly mainline folks who are supporters of the full inclusion of LGBT people in the United Methodist Church. We are formed so strongly by all these factors and yes, theology is one of them.

And yet there are groups of advocacy around the LGBT question that have sustained dialogue and discussion and accountability to each other to bear witness to something new in the United Methodist Church. These are not isolated individuals, and these are not people who are throwing out the Covenant with the bathwater. The Individual v. Covenant polemic doesn’t hold up. These are dedicated and diverse communities who take serious our Wesleyan accountability and yet speak up when their church has gone astray…together.

There. That’s what I wanted to say. Thanks for reading.