Home/Church Talk/The Holdouts Keep the Church in the Trenches 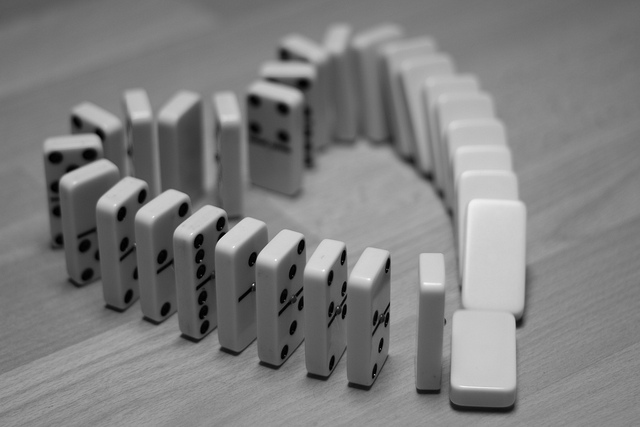 When World War II ended, the US dropped leaflets over the Philippines that read “The War Is Over” to inform the Japanese soldiers that the violence had ended. However, not everyone believed the leaflets. The people who didn’t believe became known as “holdouts” and they hid from American and Filipino authorities–some for decades! One of the most famous holdouts did not believe the stories until almost 30 years after the war was over:

On March 9, 1974, intelligence Officer 2nd Lt. Hiroo Onoda emerged from the jungle of Lubang Island with his .25 caliber rifle, 500 rounds of ammunition and several hand grenades. He surrendered 29 years after Japan’s formal surrender. When he accepted that the war was over, he wept openly.

That last line is the key to me: “when he accepted that the war was over…” His clinging to belief that the war was still ongoing drove him to the forests and outside of civilization for 29 long years. He was a holdout because he repeatedly chose a conflict that the rest of the world had already settled.

When the Holdouts are Outliers

Even though I don’t like military imagery, I think the story about the holdouts is a helpful metaphor for the Church in the 21st century.

Because they have dealt with the holdouts to these inclusive values, the Church can be a prophetic witness against sexism and racism in society, punching holes in the darkness, and reflecting light in the bad places to bring truth and grace. Even though we definitely have internal issues with sexism and racism, the Church has the integrity to speak prophetically to these areas in society in spite of our holdouts.

When The Holdouts are Mainliners

But the above is not so in the Church in the areas of LGBT inclusion where the holdouts to inclusion continue to define the Church.

Like a row of dominoes tipped over in 2003 by Massachusetts, we now live in a country where 38% of Americans live in states with Marriage Equality. Increasingly, the holdouts to this cultural war are in the minority in both society and in the Church.

But even as the rest of the world is steadfastly moving towards acceptance and marriage equality, the holdouts in the Church continue to define the conversation. Schismatic Episcopalians, Presbyterians, and Methodists dominate the news as they withhold money or property and keep the denominations mired in legal battles (much to the IRD’s glee). Rather than being known for our generosity, we are known for our judgment.

The holdouts (not just pastors, but some entire denominations) would have us believe that they are fighting a war that can be won. It is true that some cultural shifts are susceptible to pendulum swings–look at how the reproductive choice debate has waxed and waned. But full inclusion of women? Full inclusion of other races and ethnicities? Those wars are over in many faith communities, and the need now is to live into the new reality at its fullest and carve out the persistent sins that come with it.

Conversely, when it comes to discrimination and violence against LGBT persons, our prophetic witness is blunted by the holdouts:

The holdouts who are still in power in many denominations (or have just lost their “golden tenet”) continue to blunt the church’s prophetic witness against society’s ills.

Stuck in the trenches

The sad truth is that the holdouts keep us focused on our navels when we should be turning the full might and conviction and grace of the church outward towards the sins of society. And we can’t do that if we are still in the trenches.

Back in World War I, trench warfare that had ground the war to a standstill for 3 long years before the Americans arrived. The French and British generals called for the Americans to refresh their trench troops, but General Pershing wouldn’t release his troops to the trench strategy. He held them in reserve until the opportunity came to launch a major counter-offensive. He broke through the lines, poured resources and lives into the Argonne Forest, and cut their communications and supply lines. The novel strategy won the war.

Here’s what Rick Joyner saw as a parallel to the church:

“In the trenches, those who stick their heads up a little higher than anyone else, to try to see beyond the trench, are shot… the main strategy of the enemy is to keep their opponent pinned down in the trenches…We have been bogged down in trench warfare for so long that many of the present leaders can no longer see beyond trying to find reinforcements for their old programs. Many are simply trying to hold the ground taken twenty or thirty years ago…We will never win if we remain in the trenches…

Like the medieval church that sold indulgences and then was unable to combat the corruption in the secular society, we have been in the ecclesial trenches for so long that we are unable to commit our resources to be prophetic against the culture of violence around us. The Church is kept in the ecclesial trenches instead of turning our resources, vision, and grace against society’s sins of violence, hatred, murder, and discrimination.

Living out our Baptism

Every baptized member of the United Methodist Church (along with most churches) vows to renounce the spiritual forces of wickedness, reject the evil powers of this world, and repent of their sin. We have overthrown the ecclesial sins of discrimination against women and people of color. It is time that we live more fully into our baptismal covenant and overthrow the ecclesial sin of discrimination against LGBT people in the life of the Church so that we can confront the sins of violence and discrimination in the world with integrity.

Will the Church get out of the trenches and turn towards rejecting the spiritual forces of wicknedness in church and society? Or will the dwindling number of holdouts keep us in the trenches while the societal sins reign without a word of grace with integrity?

The choice is (collectively) yours.