Home/Theology/What is wrong with a theological buffet? 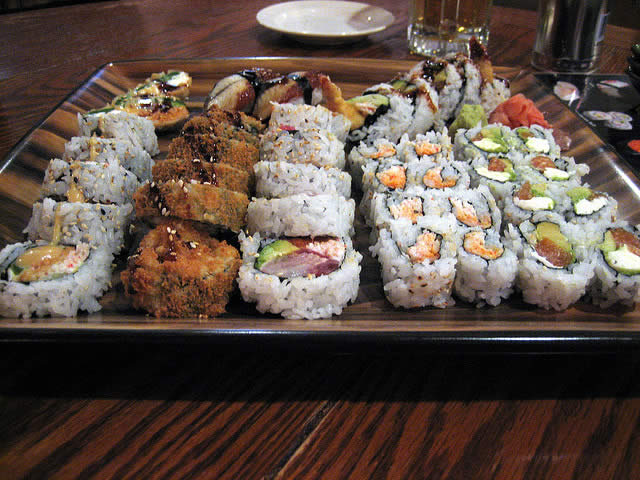 An oft-slung insult at Progressives is that they are “cafeteria Christians” who pick and choose what doctrines or biblical passages they will uphold.

I’ve seen that comment in some forms on the 3,000 member UMClergy Facebook group that I administer.While the group often has the most rigid fundamentalist voices in Christendom, there are moments when I appreciate the time-weathered wisdom of the individuals in the group.

The following is a “reclaiming” of that insult–a rebuttal from a retired progressive Methodist minister by lifting up the value of a theological buffet. Take a read:

For me the analogy to a free-for-all buffet is actually a good one. I love buffets! I don’t mean that to sound snarky! I mean, I really do, and to extend the analogy I would suggest that if people can obtain nutrition at a buffet that enhances their health and, in the context of this conversation that it helps them to love God and their neighbor and to grow closer to Jesus as the pioneer of their faith journey and grow in their trust in God, then I think the buffet analogy isn’t something to frighten me, but is quite attractive. Now if I get food poisoning at this theological buffet, I will know it and so will the cook! I won’t be eating at that buffet again. I will find another one.

Boards of Ordained Ministry have been entrusted with deciding which “foods” will be available in the UMC buffet and in some parts of the country what I prepare isn’t going to be palatable for people in other places. Not that it might not be nutritious, but they won’t try even try it. I am reminded of my first time eating at an Indian restaurant and I hesitated to eat anything I was served. Today I love Indian food and cook it myself at home.

I come back, again and again to that tired, but true dictum that, “People don’t care what you know, until they know that you care.” I think that is true for theological knowing. I have served churches that have had pastors with wide ranges in theology and generally people cared far more about being loved and cared for and challenged to grow as disciples than about the doctrinal positions that clergy seem to take.

I think poet Edwin Markham was pretty wise in 1913 when he wrote:

The quote points out that different contexts demand different diets and approaches. The joy of being Methodist is that it does offer rich theological buffet, expressed in the diversity of its clergy and its laity. As someone who has served in three of the five jurisdictions in the United States, I can affirm that the common vocabulary and theological emphases differ widely. And yet they all draw from the same buffet, set forth by the United Methodist Church.

And yet there is a problem with the buffet approach: progressive areas cannot offer the dish of full inclusion of LGBT people that other churches can. It is left off the menu, unable to be served because of 40 years of exclusion. Little wonder that the churches in progressive areas do not grow as fast as those areas with more dominant traditionalist beliefs: they are not able to offer a full buffet that the people appreciate!  They are not able to offer the full menu, even though LGBT inclusion is not antithetical to the Wesleyan tradition.

And like any franchise with regional variance in its menu offerings, for the UMC in progressive areas to be able to offer it wouldn’t change the buffet that other areas serve their congregations–it just allows other congregations to offer a full buffet to empower their context. As I’ve seen with the regional variances on what aspects of United Methodist theology and practice are emphasized, such diversity already exists. And yet traditionalist areas have everything they need on the buffet while progressive areas are missing a vital food dish for their contexts, while constantly being pointed at as failing areas of the church. Little wonder…

So the tension is that to Traditionalist circles of the church, we offer a prix fixe menu: every church must offer the same things. And yet Progressives point out the reality that in the area of practice we are actually a buffet: that every area of the church has regional variances on many theological areas–maybe not the essentials, but at least on this issue of LGBT inclusion.

It may be that Traditionalists attract those people who need a set menu for theological coherence. I remember when this Boston-trained clergyperson was interviewing for ordination that one of the areas of concern was my comfort with ambiguity and encouraging a space for questions, whereas some members of my ordination committee said that people want certainty and solid direction. A buffet isn’t for everyone…but neither should it be banned from United Methodism. Like the example of Indian food above, being exposed to novel variances within the buffet of the Wesleyan tradition can be attractive and transform as many lives as a prix fair menu can–it was the buffet eaters who pushed for inclusion of women, persons of color, and other areas of transformation of the institution.