Note: From time to time, publishers or authors will send me free books in exchange for a review on this blog. I accept a small percentage of the offers, and my reviews are always my honest assessment, not a paid advertisement. You can see previous reviews here. 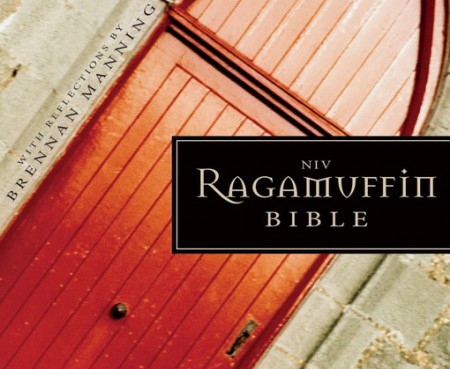 The Ragamuffin Bible is an NIV Bible interspersed with quotes and reflections by the late Brennan Manning, who passed away earlier in 2013. From Zondervan’s promos:

The NIV Ragamuffin Bible offers a collection of Manning’s raw, painfully honest, yet grace-filled devotions, meditations, and reflections of his journey limping back to—like the prodigal son—his overjoyed father. Features:

So there you go! Anyone else have it that want to sound off?