Home/Theology/christology/Jesus was Black because he was a Jew 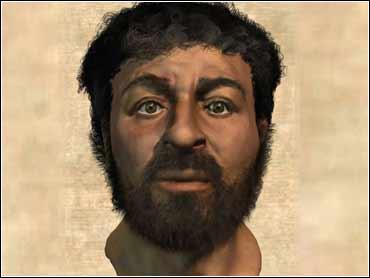 There’s been plenty of responses to the ridiculous assertion by Fox News that “Jesus was White.”

But none of them go far enough. And if we wanted to go the furthest from the statement “Jesus was white” there’s nowhere else to go but to Dr. James Cone.

The following is an extended quote from James Cone, who asserts that Christ is black: not in the color of Christ’s skin, but in that Christ lived and is always on the side of the oppressed–which in America, for Cone, means to be Black.

And like one should do with all extended quotes from any academic theologian…there’s another quote explaining it. So if you get lost, you can read the next quote and be more on track.

When the past and contemporary history of white theology is evaluated, it is not difficult to see that much of the present negative reaction of white theologians to the Black Christ is due almost exclusively to their whiteness, a cultural fact that determines their theological inquiry, thereby making it almost impossible for them to relate positively to anything black.

White theologians’ attitude toward black people in particular and the oppressed generally is hardly different from that of oppressors in any society. It is particularly similar to the religious leaders’ attitude toward Jesus in first-century Palestine when he freely associated with the poor and outcasts and declared that the Kingdom of God is for those called “sinners” and not for priests and theologians or any of the self-designated righteous people.

The difficulty of white theologians in recognizing their racial interest in this issue can be understood only in the light of the social context of theological discourse. They cannot see the christological validity of Christ’s blackness because their axiological grid blinds them to the truth of the biblical story. For example, the same white theologians who laughingly dismiss Albert Cleage’s “Black Messiah” say almost nothing about the European (white) images of Christ plastered all over American homes and churches. I perhaps would respect the integrity of their objections to the Black Christ on scholarly grounds, if they applied the same vigorous logic to Christ’s whiteness, especially in contexts where his blackness is not advocated.

For me, the substance of the Black Christ issue can be dealt with only on theological grounds, as defined by Christology’s source (Scripture, tradition, and social existence) and content (Jesus’ past, present, and future). I begin by asserting once more that Jesus was a Jew. It is on the basis of the soteriological meaning and particularity of his Jewishness that theology must affirm the christological significace of Jesus’ present blackness. He is black because he was a Jew. The affirmation of the Black Christ can be understood only when the significance of his past Jewishness is related dialectically to the significance of his present blackness.

Although Cone uses the term “racial” for Jesus’ Jewish identity, the promises of God given to Israel–to be “a light to the nations” (Isa 42.6; quoted p. 124)–open up its Jewish particularity towards other peoples in a way beyond any racially conceived identity. The “divine freedom revealed in Israel’s history is now available to all” in Christ, and this does not negate “the divine election of Israel” but affirms it (124).

Israel’s own life unfolds within God’s commitment to liberate all creation from bondage. Christ is no figure trapped in the past but is present in and with the “little ones” struggling for freedom. His Jewishness allows other oppressed peoples–in America, people of color, and for Cone, Black people in particular–to articulate their own struggles within his covenantal life. Jesus’ Jewishness means that God stands in solidarity with the poor, or, in Cone’s words, “that black people are God’s poor people whom Christ has come to liberate” (125). Because Jesus is the Jew who has affirmed and fulfilled Israel’s covenantal calling, Jesus “really enters into our world where the poor, the despised, and the black are” (125). Jesus is at work in our world, identifying himself with the despised, bearing their burdens, and bringing them to the freedom of human life with God.

To say that Jesus is Black because Jesus is a Jew is to say that black life is the location–in America–in which the Jewish Savior is found. To say that Jesus is Black is to acknowledge that there is no knowledge of God, or Christ, apart from Christ’s present work in the actual struggles of oppressed people today. It is also to acknowledge that blackness has been opened up as a repetition of the covenantal openness of Jewish identity (to the point where Cone envisions the conversion of white people as their becoming black). God’s liberation of creation today–God’s gift of freedom and full, abundant life–occurs at the site and in the lives of black people affirming their full humanity in a racist society.

So, in short, if you struggle against the powerful of this world, then Christ is black. If you are an enabler or identify with the powerful, then little wonder that Fox News believes Christ is white.