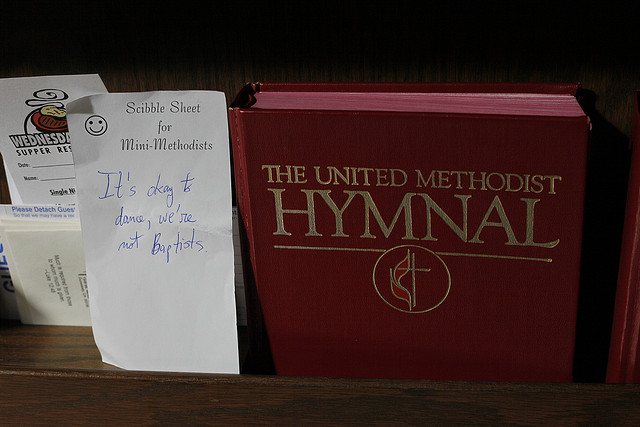 Are you a progressive at a non-progressive church? Would you like some more inclusive hymns to sing–either under your breath or with gusto!–this Holiday season?

You are so in luck!

My friend Tallessyn has posted on Facebook a note with the text of many of her rewritten Christmas carols. Many of these are in the public domain and suitable for congregational use.

For example, for those who have issues with “lord” language, here’s the rewritten first verse of Away in a Manger:

Away In A Manger

And Hark! The Herald Angels Sing is adapted to be more inclusive of the Earth (not nations) and includes a movement towards reconciliation not triumphilism:

And in the future, look for her website when it gets launched. Don’t worry: I’ll let you know.