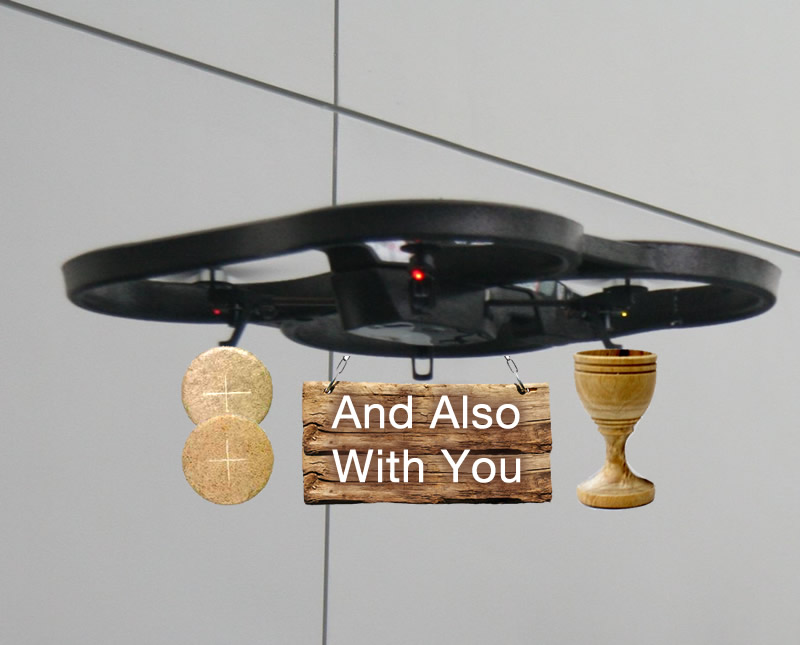 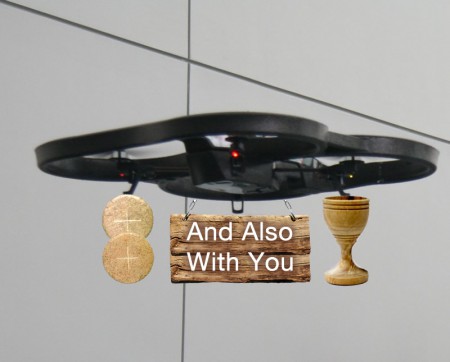 Last month it was all the rage to talk about online communion (#onlinecommunion) in the United Methodist Church. Papers were written, a summit was called, twitter tweeted, and some outsiders looked on with either wonder or disgust. The end result: there were too many issues that made online communion problematic for the moment. A moratorium was urged on those Methodist pastors practicing online communion and on a large church in North Carolina that was considering the issue. Click here for the full list of resources, position papers, and news articles on this conversation.

But really I think all that was really shortsighted.

Because while online communion may not be able to overcome the theological problems of self-serve communion, priestly blessing of elements, and other issues…folks, there’s a simple solution to all those problems.

Ridiculous? Not really. As we found out last night, it is closer than you think.

On December 1st, Amazon.com founder Jeff Bezos revealed one of his company’s secret projects: a drone program to  rapidly deliver packages across the country in about five years. Really. Here’s the video:

Amazing, right? So Bezos’ vision is that his little drones can deliver packages in a certain radius within a half-hour of about 85% of Amazon.com orders (85% are under 5 pounds, the weight limit).

So I want to thank Bezos. Because if Amazon.com can do it, why can’t the church do the same thing? And the best thing about drone communion is that it silences MOST if NOT ALL of the detractors of online communion.

Here’s how Drone Communion would work:

Friends, we should be proud for three accomplishments.

Through our online genius, we’ve extended the table to truly reflect John Wesley’s contention “The World is My Parish.” Well done, friends.

May the drone be with you.
And also with you.