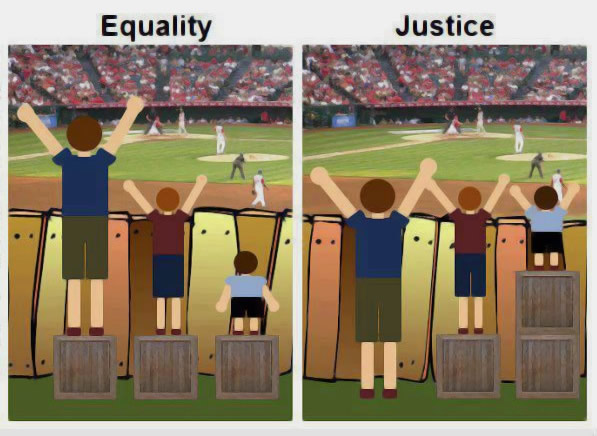 Consider this past week:

My local church participated in Giving Tuesday, rallying around a $500,000 matching donation promise. We donated over $6,000 to Advance Specials from our church…I won’t know how much from our individual congregants until our giving profile is updated.

And yet on the same day, one of my local church members posted an article on Facebook that matched some of my own misgivings. From “The Problem with Giving Tuesday“:

[S]omehow we think that if we buy an item in the informal marketplace, we are not responsible for how the business treats their workers. If we get a low price because the business we buy it from hired a child,  paid someone under the minimum wage, or made people work under hazardous conditions, then that’s not on us.  ”Am I my brother’s keeper?” we ask, much like Cain.  That’s their problem, not ours.  I assume this because I see people championing their great deal much more often than people asking questions about why prices are so low.  Economic sociologists often talk about the ways we’ve become disconnected from the items we buy under modern capitalism.

But then, on Giving Tuesday, we give to organizations that help those in poverty–often workers who may have been involved in the goods we buy.  How can we fail to see the irony within this?

In short, when we get a deal, someone has to have lost out. It could be the company offering a loss leader. But more likely, it is the manufacturer who increasingly relies on overseas labor paid paulty wages. Worse than that is companies like Apple who sign exclusive deals with manufacturers but then force lower and lower costs over time which usually come out of the line worker’s pay. By participating in the deals and steals season, someone is losing money, but it isn’t the companies…it’s the overseas and domestic work force.

We release this ingruity, then, with Giving Tuesday. We can give to charities and groups that participate in acts of generosity and feel-good Hallmark-made stories of good. That’s terrific and I’m glad people gave…United Methodists gave over $6.5 million dollars on Tuesday. Excellent.

And yet our gifts of charity–no matter how amplified–do not change the systems that create grinding poverty or injustice. Even if we jump on the Black Friday, Small Business Saturday, and Cyber Monday deals and donate an equal amount to Giving Tuesday charities, we are still supporting the system of injustice that hurts workers and lines the pockets of corporations.

The author of the above article promotes the idea of Informed Sunday, a day when we can connect our buying habits with our responsibility to be a global neighbor:

…I plan to celebrate Informed Sunday. It’s a way for me to think more critically about the ways I spend money, and to demand of myself that I am informed about the conditions that I support.  As Christians who seek to pursue God’s justice in the world, I don’t think we have an option to not be informed.  We are called to be obedient and to love, regardless of the impact that has.  Being informed about my purchasing decisions isn’t solely or mainly about changing the economic structures that exist.  It’s primarily about learning to be faithful to God and God’s call to love others.It’s about owning my role in the economic structures I participate in. It’s about embracing a responsibility to be my sister’s keeper.

I would reply that every Sunday should be Informed Sunday. Every Sunday should be a holistic moment where our actions and attitudes throughout the week come into collision with the repercussions of those actions until they become such a sticky mess that they are impossible to distinguish or wipe our hands of. We are called to be global neighbors and repent. We are called to care for the poor and repent. We are called to know God’s grace when we are poor (in wealth or spirit) and rejoice. We are reminded of the Gospel and rejoice. And after we have repented and rejoiced, we are sent out to transform the world–not only by acts of charity but also acts of justice.

My hope is that this season that we remember that our Giving on a Tuesday doesn’t excuse us from seeking Justice on a Thursday and everyday beyond.

It feels overwhelming! But take heart that you are not alone in the struggle. In the words of Julie Clawson in her terrific book Everyday Justice:

Seeking justice in the everyday, though, is not something we do alone. As the Talmud, a collection of rabbinic writings, said, “It is not upon you to complete the task, but you are not free to idle from it.” We are responsible to act, but it is not up to us to complete the task, so we shouldn’t feel overwhelmed or pressured or guilty. The fate of the world doesn’t rest on our shoulders. We are simply trying to follow Jesus and, for that, we have been promised aid. Standing with us as we live justly are the Holy Spirit and our communities of faith. It is within the strength and support of these relationships that we serve. We don’t have to (and shouldn’t) trust in our own strength and commitment, but instead accept this encouragement, accountability and support.

May it be with us.