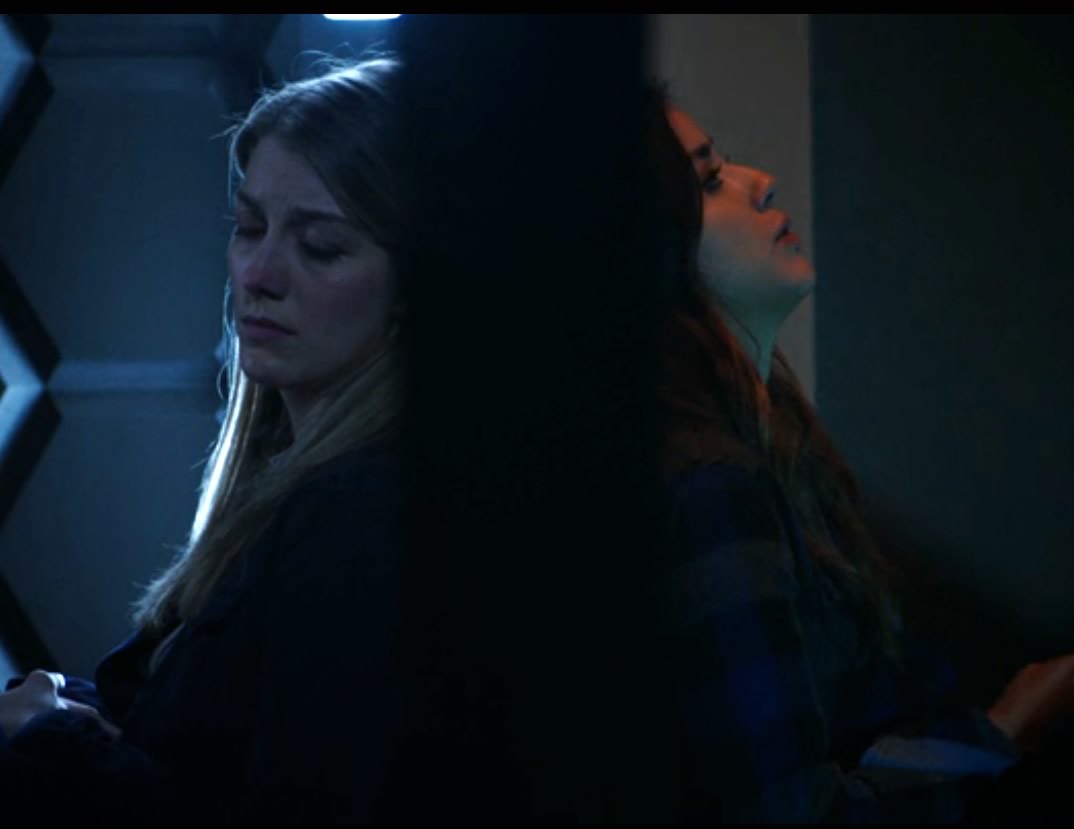 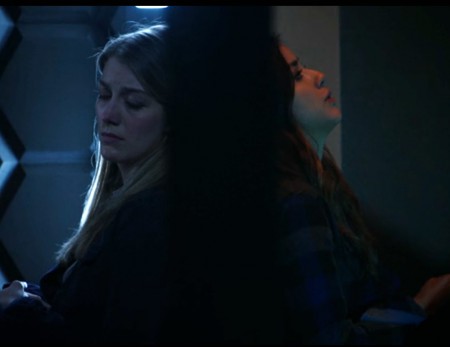 We previously talked about a depiction of Original Sin in the first episode of Marvel: Agents of S.H.I.E.L.D. Today, we are talking about a depiction of Hell in the ninth episode “Repairs.” (watch episode here | read review here). I believe it’s helpful to see how Hell is depicted in popular media because it is often wrapped in moral lessons that apply whether you believe in Hell or not.

In this episode, a woman named Hannah is blamed for a reactor accident that killed several people and then goes full-out Carrie on a gas station owner, throwing things telekinetically and then blowing up the station.  While we are led to believe that the woman has these powers, she says she isn’t doing things intentionally. In fact, when she is picked up by the team and interviewed in a secure room, she believes there’s a theological reason why:

Hannah: God’s punishing me. He abandoned me. He doesn’t protect me anymore. That’s why this is happening…I’m being haunted by demons.

So Hannah blames demons for her problems. She is cast out to hell for what she thinks she did. While there aren’t any immediate theological reflections from the SHIELD team, one of them summarizes Hannah’s words in this way:

Agent May: People believe what they need to believe to justify their actions.

I like this comment because it parallels my senior paper in undergrad entitled “The Psychology of Satan.” I examined whether a belief in Satan had psychological effects or if psychological effects caused a belief in Satan. Like most terrible undergrad papers, I didn’t find anything noteworthy. However, what stuck with me was the coping mechanisms that people will build up for themselves to address their perceived reality. Whether real or not, a belief in Hell points to the psychological constructs that people create to justify their actions (ie. “Why would a person WANT there to be a demon attacking them? What does that say about them?”).

So in the beginning of the episode, Hell is depicted as punishment by God who abandons the guilty to torment by demons.

Hell: Punishment for Past Actions?

Later in the episode, there IS a theological conversation about whether God exists. I KNOW, Science Fiction AND theology? I  swooned a bit.  Hannah and Skye (depicted in the above picture) are talking through a door about the telekinesis and crazy stuff that has grounded the ship and how it DOES seem like a demonic figure is attacking the team.

Hannah: Do you believe in God?…I do. I know he’s punishing me, and I deserve it.

Skye: No, no you don’t. No one does. I had a few nuns around me growing up and they talked like that, scaring kids with stories of God’s wrath. It made me not want to believe. The only words that stuck with me were something Sister McKenna said. She said “God is love.” It’s simple and a little sappy but it is the version that I like. God is love…the thing that holds us together. And if that is true, I don’t think he would punish you for making a mistake. I think he’d forgive a mistake.

This simple exchange is emblematic of hundreds of stories I heard from people growing up in the “turn or burn” Bible Belt. Rather than convict people like the olden days of people throwing themselves at the feet of Jonathan Edwards’ “Sinners in the Hands of an Angry God” sermon, such an emphasis on God’s wrath turns many people off now that they know they are in a marketplace of faith and find other expressions of faith. Skye’s assertion that “the thing that binds us together” is love…that’ll preach!

So in the middle of the episode, Hell is depicted as a mistaken notion of God’s wrath, when in fact God is love and wants to turn you away from punishing yourself.

Hell: Punishment by Self?

Finally, it gets even more epic at the end of the episode. Agent May, Hannah, and Tobias (a lovestruck coworker of Hannah’s who inadvertently caused the explosion that killed their other coworkers and stuck him between two dimensions…yeah) are talking about why Tobias is doing what he is doing:

Tobias: I’m being dragged to hell for what I did…I didn’t mean for anyone to get hurt…I killed them. I know. And even worse, everyone started blaming you. I was trying to protect you from them. I was trying to atone for my sin. Hannah, maybe if you forgive me, I won’t go to Hell.

Hannah: Only God can forgive you.

Agent May: And he won’t. You can’t undo what’s been done. That will be with you forever. But trying to hold onto this life, clinging to the person you thought you could be, that’s Hell. And you’re dragging her down with you. You have to let go…if you care about her and I know you do, let her go. Let the girl go.

Remember we aren’t debating whether Hell exists, but instead how Science Fiction approaches this topic.

In SHIELD’s depiction, Hell is unhealthy attachment. Drawing on more Buddhist than Christian tenets, this unhealthy attachment to the person who you want desperately to be but cannot achieve yields incredible anxiety and a sense of failure that is damaging to those still living. While Christians like to say nothing is impossible to followers of a resurrected Christ, while Prosperity Gospel (and Prosperity-lite preachers like Joel Osteen) say you can think or believe your way into health or wealth, the psychological effects of unhealthy attachment to a dream for yourself can be devastating.

Yet also in this depiction, redemption and love is possible. Tobias needed a friend, someone to point the direction, to show that his unrequited love was hurting his love. As the platitude says, “if you love something, set it free.” By turning from this unhealthy vision of who he could have been, and letting his love go free, he also experienced freedom from torment. We don’t know what happened to Tobias, but whether he is in Hell or another dimension, he doubtless has a stronger sense of self and wholeness.

What I take from this episode is that experiencing hell (figuratively–get off my back, confessional Christians) is often avoided in community. A Community that discerns the living God of love and seeks wholeness for all people. A community of whole people dealing with their brokenness that determines what it means to have dreams for one’s self and how they can helpfully and holistically seek them out–no matter how high.

It was this community that Tobias didn’t have before the tragedy, and yet this community did set him free from the guilt and attachment to the life that could never be his. That community can be yours now and you can avoid the hells of attachment beyond reason and living for the past without a proper hope for the future. Collect others around you, seek wholeness as individuals and a community, and while telekinesis may not come to be of your superpowers, the superpower of a whole person nurtured by community can overcome almost anything.