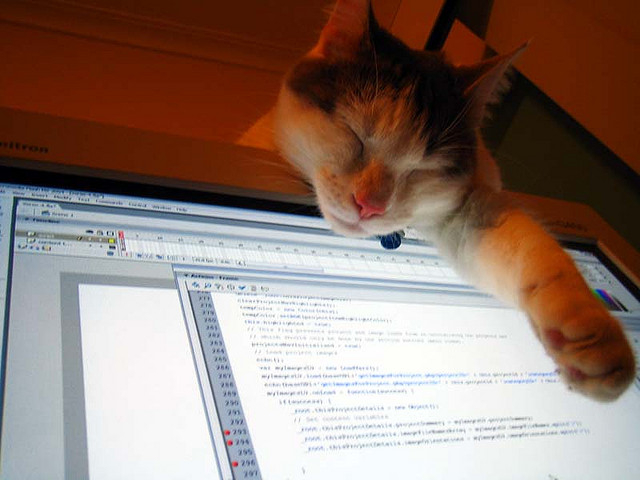 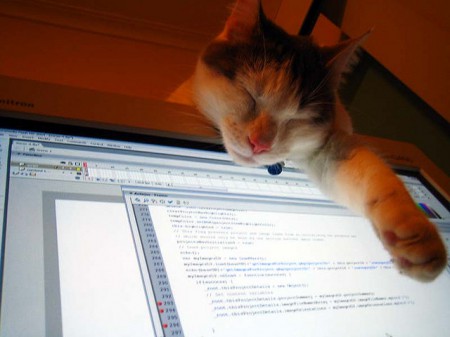 In college around the year 2001, I took my only computer class. It wasn’t even a college class. It was a class offered by the Association of Computing Machinery (a college social/professional group of computer nerds) that taught the basics of HTML in about 5-6 hour-long classes.

That was it as far as my academic web education. Since that date, I began installing and hosting my own websites, installed a phpbb-based forum and created my own custom theme and plugins, ran websites for clients (including entire Methodist organizations), and finally designed and continue to host this website at HackingChristianity.

How did one non-academic class lead to my ability to understand PHP, CSS, HTML, XHTML, and some javascript? Simple. I broke things. And that same process, I believe, could be a parallel for how faith development will happen in the future of the Church.

Via Lifehacker, I saw this blog post that outlined exactly how I taught myself all those languages and continue to learn them today: I broke the code and tried to understand why.

Now before you take a proverbial hammer to your favorite website, you should know that you can’t just break anything with reckless abandon and expect to learn something. You have to take a methodical approach and break one thing at a time, then analyze the results of your changes. When breaking things, you should be looking for the relationship between parts to understand their function in the whole.

There’s the method. Delete one line at a time and see what changed. Or move lines around and see if the functionality is the same. Or change the variables and see what changes. Inch by inch, one can adapt current code to fit any situation and you learn it in the process.

As you test each line, you’ll start to build a mental model and make corrections to other assumptions you made previously. Soon, the whole picture will start to make sense…Reverse engineering isn’t the only way to learn and it should always be backed by more formal material whenever it’s available. In fact, I would argue that tutorials become more valuable once you have some of the context mapped for yourself. If you learn best by diving into problems head on, breaking stuff is one of the fastest paths to understanding.

I think people “learn” what they think about God the same way I learned computer coding: by trial and error.

Few of us apply a systematic theology to the way we think about God. Few of us begin with one of the tenets of systematic theology (starting with God, or Ethics, or Humanity, or some reality) and then build our understanding of God from that central point. No, we create theologies on-the-fly: based on experience, based on bible stories, based on charismatic preachers or formative events, based on tragedies, based on successes, based on girlfriends’ influences, based on ex-husband’s diatribes. We cobble together our theologies and enlightenment is when we make these disparate thoughts make sense for a brief second.

Furthermore, I think one can do theology the same way one can learn coding: by breaking things.

Let’s take what one believes about God: God is omnipotent (can do everything) and God is omniscient (knows everything). What if you struck one of those out: God is omniscient but not omnipotent. What would you end up with? Would you recognize that God? And if you felt more comfortable with that God, you could study theologies that also reduce their conception of God’s power (such as Process Theology). By changing one tenet, you get to be more self-critical and see how the rest of the tenets relate.

In short, “breaking” our pedestrian theologies can help us become more systematic and holistic in our beliefs and understandings of God and our world. So perhaps fellow “hackers” can get something out of applying a systematic approach to their homespun cobbled-together pedestrian theologies. And in doing so, they may discover new ways to think about God or solve age-old problems. In their best forms, they reach out and gather communities of people to challenge and tinker and eliminate doctrines and restore them.

Perhaps the future of church is a form of hackerspace where creativity is encouraged, doctrines are challenged, heresies are debated and weighted, and spirituality is embodied and tried out.

Perhaps the future of church isn’t found in emotionally-charged and manipulative worship services where reactions are calculated; rather, they are in the experiments, the laboratories, the co-laboratories, where we co-labor together and make meaning, spiritual breakthroughs, and action plans to share our knowledge and our hopes with others. Perhaps theological hacking can be the Fourth Wave of Hackerspaces that take over emptying Sanctuaries and re-purpose neutral locations.

That would be a fascinating future of Church, wouldn’t you say?