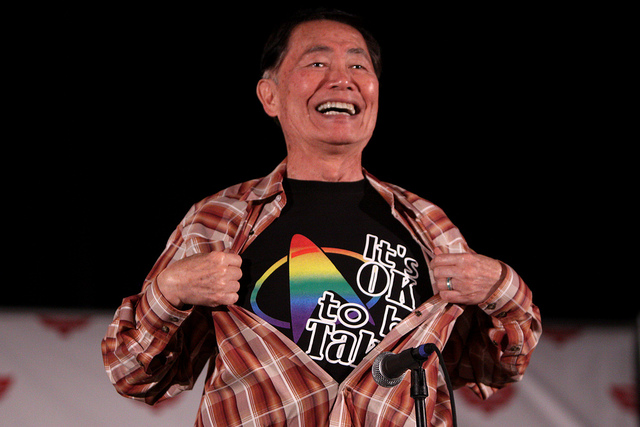 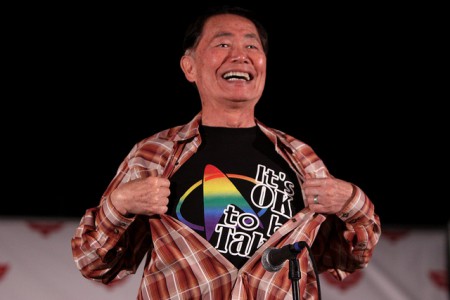 In an interview with Star Trek actor and LGBT advocate George Takei, he talks a lot about politics and Star Trek. Then at the very end he describes Star Trek in an amazing way that I think gives a parallel vision to one driving concern of this blog: United Methodist Church unity in the face of schism.

Here’s the exchange from the interview:

Q: Maybe you can shed some light — what is it about “Star Trek” that makes it live on forever in popular culture?

A: At the core of “Star Trek” is Gene Roddenberry’s vision of the future. So much of science-fiction is about a dystopian society with human civilization having crumbled. He had an affirmative, shining, positive view of the future.

He said the Starship Enterprise was a metaphor for Starship Earth. The strength of the starship is in its diversity. Everyone contributing their best, their vantage points and their unique experiences.

Working as a team to face a common challenge. We can prevail if we have confidence in our problem-solving capabilities, in our inventive genius and our innovative qualities. I think it’s that that inspires every generation.

I think the Starship Methodism also has its strength in this diversity. We have strongly evangelical and strongly progressive Methodists–and those that are both. We have deeply traditional Methodists and cutting-edge rethink-Churchers–and those that are both. Hillary Clinton and George Bush. Rush Limbaugh and Sandra Fluke. Digital natives and digital immigrants. We may skew older in membership, but those numbers don’t always reflect actual worship attendance. As one of the few large denominations that have a globally-set polity, we have an international stamp on our polity as well: diversity at its finest and most difficult.

The key hope, I think, is found in the term “confidence.” The failed church reform The Call To Action said that a lack of trust was at our core and trust is certainly an aspect of confidence: if you don’t trust your colleagues on the Starship Methodism, you can’t have confidence in its ability to respond to every threat. And until the fullness of our diversity is allowed to serve God in all the ways of our church, then we will continue to be suspicious and fearful of what the “other side” is doing. And that’s just not the Methodist way of holding one another accountable in love.

My hope is that the Starship Methodism does embrace its diversity, offer it up in its fullness to the challenges of the day, and in doing so find a new level of confidence that a successful pro-George Takei church in Portland is doing the same work of the Kingdom as the white-washed megachurch in Oklahoma.