Home/Church Talk/Christianity is not Comcast, Cox, or FiOS 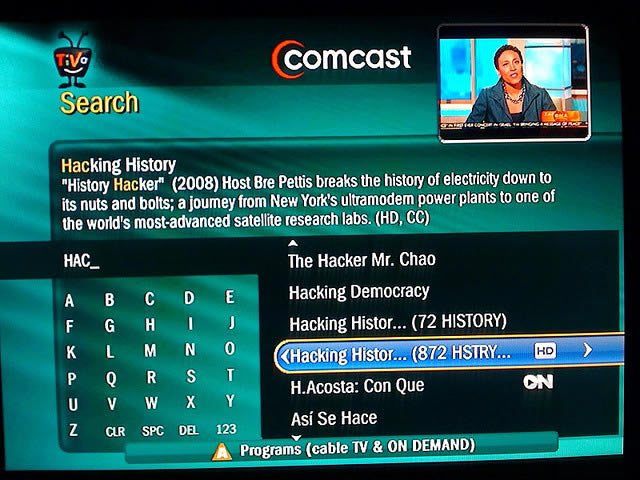 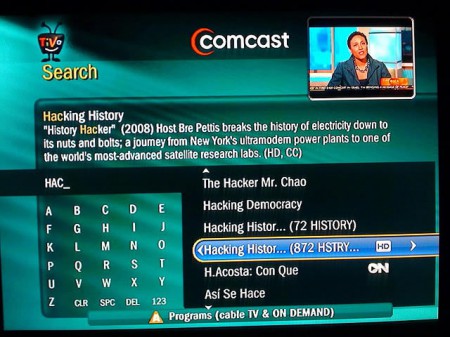 While having lunch with a friend, she told me of a recent trip with some new friends where she was “outed” as a church goer. As the trip progressed, her friends would make comments like:

My friend lamented that for many people, Christianity has become a package deal, and if you identify with one part of it, then that must mean you believe in all of it.

We know what package deals are. Comcast, Cox, FiOS, and other cable companies offer us cable tv but not individual channels: you have to buy a package (set of channels) from them. The basic package has 30 channels, the deluxe has 60, the ultra-deluxe has 120, the bachelor’s package has 120 channels plus 8 sports and 4 “late night” channels, the Vegetarian’s package has the Food Network, Cooking Channel (but no pigskin), the Lesbian package has all the women’s channels plus Rizzoli and Isles, and so on. You cannot purchase access to individual channels: you have to buy the whole package.

For Christianity in the internet age, I think a big challenge is getting past a perception that Christianity is a package deal. Christianity means that if you believe in Christ, then you must believe in the laundry list of things that my friend above encountered on her trip.

It’s not unreasonable. I think that many people who see Christians on cable TV or on interviews on 24-hour news networks think that “this is what Christians are like.” Or those hateful people who kicked you out because you were a little bit different in your childhood represent the whole of Christendom to you. It creates an uphill challenge for those of us on the more Progressive end of Christianity as we don’t share many of those beliefs.

It’s even harder to offer a more open-source faith to those coming from Fundamentalist backgrounds. Fred Clark on Patheos writes about the dangers of these package deals with fundamentalists:

But the problem isn’t just that those indoctrinated into fundamentalism are taught things like that the Earth is only 10,000 years old, or that homosexuality is a sinful choice, or that Noah hung out with dinosaurs before the flood, or that God hates you because you’re not perfectly holy. The larger problem is that according to fundamentalism, those falsehoods are inextricably linked to everything else. Everything. So if it turns out that the Earth is actually 4.5 billion years old, then, according to fundamentalism, life has no meaning, happiness is impossible, love is illusion, Jesus is dead, your faith is futile and you are still in your sins, and we are of all people most to be pitied. And that is cruel.

I don’t think faith is a package deal. To say someone is a Christian or part of a particular denomination doesn’t mean you are just like the version seen on TV. Even my friends who are as far away from me on faith issues often do not fit the package that culture has defined for us. I think we can point to the Creeds and the catechumenate processes of our past for instilling this idea that one must believe everything on a list to be a Christian (because that’s totally what Jesus said to the followers of the Law in Jerusalem). While helpful in tribal formulative stages of religion where one’s religious identity and culture were synonymous, in a pluralistic society as today, I wonder if they continue to be helpful.

I do think faith is more like a constellation. All the stars are in one place, and we pick and choose which stars align into the image of faith we hope for. When one star shines brighter, then perhaps the stars most like it or close by are activated as well. This is why progressive groups tend to work with each other: if one believes the church should be open to disabled folks, then likely they would extend that hospitality to LGBT activist groups, and share that concern for caring for everyone to environmental advocacy. Preaching and teaching theology should be more about describing what the channels are and how they relate rather than apologetics for why the packages are put together they way they are.

In short, I think a more open-source “hacked” faith doesn’t force people into packages or bundles. It gives them the ability to have values and directions informed by faith and gives them the tools to create their own constructive theology, using whatever channels fit the lineup. While some call this “picking and choosing” and “cafeteria Christians” that sort of derision has begun to diminish as more holes are poked in the packages that have been traditionally offered. My hope is that these folks with the hodge-podges of faith find faith communities to help them navigate through the channels and find the best lineup for their faith formation–and share that openness with others along the way.