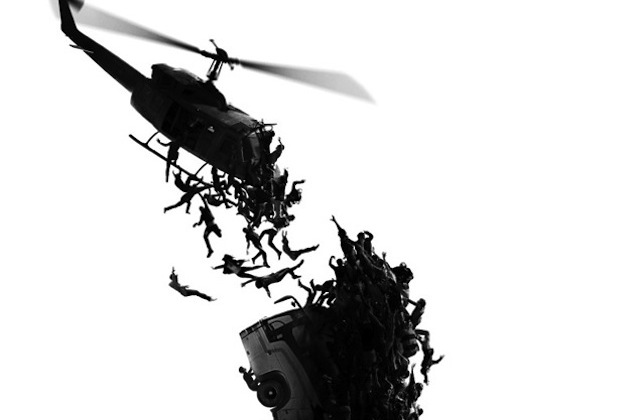 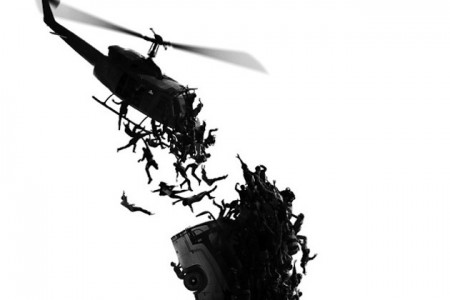 Thanks to a suggestion by a church member, I’ve been listening to the audiobook of World War Z, the 2006 novel by Max Brooks depicting the fictional aftermath of a worldwide struggle with zombies. It has a really creative format: each chapter is an interview with a survivor of the war told from their perspective with occasional comments by Brooks as the “interviewer” for the United Nations.

From Chinese submarine captains to American reality tv shows gone awry to air force crash survivors to Japanese computer geeks to underwater combat veterans to child survivors to army dog handlers, there’s a great breadth of accounts and each one is more gripping than the previous one. I doubt the upcoming movie will follow this lineup, sadly.

Close to the end, there’s an interview with Father Sergei Ryzhkov, a Russian military chaplain. You can imagine that I paid a lot of attention to that account, and I’m glad I did as it unearthed a fascinating ethical scenario.

The Problem of Bitten Soldiers

It seems that the critical problem facing the Russians wasn’t from decimation by the zombies themselves (they had massive Cold War militarization that was still available), but from the ethical conundrum of what to do with soldiers who had been bitten–and thus irreversibly infected–by the zombies. From the book:

The only way to deal with infection was a bullet. But who was going to pull the trigger? Certainly not the other soldiers. To kill your comrade, even in cases as merciful as infection, was too reminiscent of the decimations. That was the irony of it all.

The decimations had given our armed forces the strength and discipline to do anything we asked of them, anything but that. To ask, or even order, one soldier to kill another was crossing a line that might have sparked another mutiny.

For a while the responsibility rested with the leadership, the officers and senior sergeants. We couldn’t have made a more damaging decision. To have to look into the faces of these men, these boys whom you were responsible for, whom you fought with side by side, shared bread and blankets, saved his lite or have htm save yours. Who can focus on the monumental burden of leadership after having to commit such an act?

And so the decision was made that the bitten soldiers would end their life by their own hand.  Instead of forcing a fellow soldier or an officer to end your life mercifully, the soldiers would, sometimes in groups after an incident, commit suicide together.

To this sort of ethical conundrum, what was a Chaplain to do? While having the soldiers kill themselves absolved other soldiers from the burden, to the deeply religious Orthodox, suicide was an unforgivable sin: ” The Church considers direct suicide, when a person destroys his or her life with his or her own hand, to be the most serious kind of murder, because there is no opportunity for repentance.” While the policy of self-removal due to a zombie bite solved a social dilemma, it created a spiritual dilemma.

Not that anyone cared about the spiritual issue besides the chaplains. The chaplain describes his role in the war as basically a glorified Friar Tuck from Robin Hood:

I was a religious man in a country that had long since lost its faith. Decades of communism followed by materialistic democracy had left this generation of Russians with little knowledge of, or need for, “the opium of the masses.” As a chaplain, my duties were mainly to collect letters from the condemned boys to their families, and to distribute any vodka I managed to find. It was a next-to-useless existence, I knew, and the way our country was headed, I doubted anything would occur to change that.

And yet after this policy became implemented, the Chaplain suddenly had a revelation while attending the group-suicide of some teenage soldiers in the hospital (warning: gruesome and violent prose)

I had come to the field hospital to give last rights to the infected. They had been set apart, some badly mauled, some still healthy and lucid. The first boy couldn’t have been older than seventeen…He was lying on a cot, bleeding from his belly, ashen-faced, rifle quivering in his hand. Next to him was a row of five other infected soldiers.

I went through the motions of telling them I would pray for their souls. They either shrugged or nodded politely. I took their letters, as I’d always done, gave them a drink, and even passed out a couple cigarettes from their commanding officer. Even though I’d done this many times, somehow I felt strangely different. Something was stirring within me, a tense, tingling sensation that began to work its way up through my heart and lungs.

I began to feel my whole body tremble as the soldiers all placed the muzzles of their weapons underneath their chins. “On three,” the oldest of them said. “One… two…” That was as far as they got. The seventeen-year-old flew backward and hit the ground. The others stared dumbfounded at the bullet hole in his forehead, then up to the smoking pistol in my hand, in God’s hand.

The Chaplain solved the social and spiritual dilemma by placing it upon himself to bear the burden of murder or of euthanasia or mercy killing, depending on one’s perspective. He elaborates on his rationale for what then became a movement where the Priests of an entire country began to do what no one else was willing to do and do it in the name of God: last rites with a bullet.

God was speaking to me, I could feel his words ringing in my head. “No more sinning,” he told me, “no more souls resigned to hell.” It was so clear, so simple. Officers killing soldiers had cost us too many good officers, and soldiers killing themselves had cost the Lord too many good souls. Suicide was a sin, and we, his servants-those who had chosen to be his shepherds upon the earth-were the only ones who should bear the cross of releasing trapped souls from infected bodies! That is what I told division commander after he discovered what I’d done, and that is the message that spread first to every chaplain in the field and then to every civilian priest throughout Mother Russia.

While gruesome, the scene asks the question: “Is taking a life to save the soul an appropriate action?” While we don’t have to deal with zombies , is the rationale and faithfulness to the Gospel thought through?

The scene seems to remind me of Dumbledore’s request of Severus Snape. Dumbledore is irrevocably wounded and will die eventually and asks his longtime friend Snape to finish him off when the time is right. While using a killing curse tears one’s soul, Dumbledore says in The Deathly Hallows to put the request into perspective:

You alone know whether it will harm your soul to help an old man avoid pain and humiliation…. I ask this one great favor of you, Severus, because death is coming for me.

It also reminds me of Dietrich Bonhoeffer, the theologian who justified attempting to kill Hitler. In a letter to his conspirators at Christmastime, he wrote the following:

The ultimate question for a responsible person to ask is not how he is to extricate himself heroically from the affair, but how the coming generation is to live.

By taking on the sin of the fallen human system on his shoulders, the Chaplain (and all those with convicted hearts after him) fill in the tragic gap between society and the church and believe they are serving a purpose that saves souls for God.

I don’t know. But it’s a fascinating mirror to turn back on us as to the line between a merciful death when there is no hope, and a “ends justify the means” mentality of those who have lost all hope.