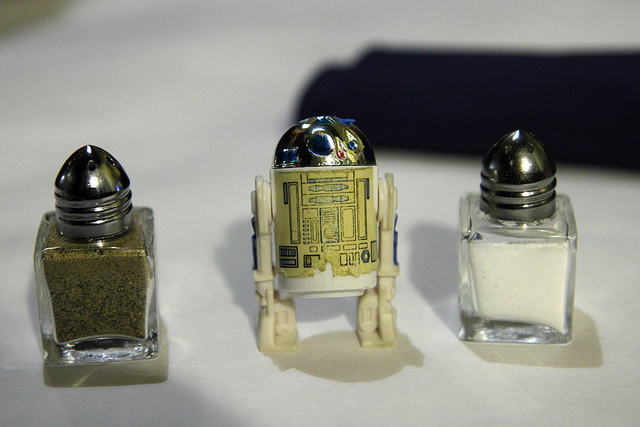 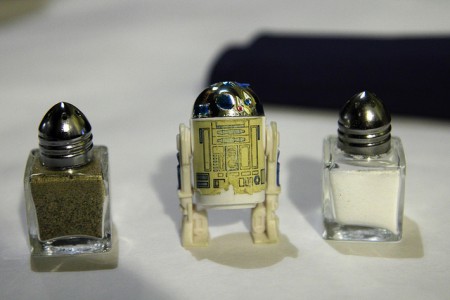 My call to ministry happened because of salt.

No, not the spice. And not Angelina Jolie. Something else entirely…

My family moved across Oklahoma before my sophomore year of high school. Back then, I was an introvert so the move was tough, especially since most had made their friendships their freshmen year already. But we did find a United Methodist Church that we could get involved in and their new youth minister had just started there the first Sunday we visited.

Things got better thanks to that youth ministry at Faith UMC in Tulsa where I made some lifelong friends.

But as the infomercials say…”that’s not all!”

The summer before my senior year, the youth minister wanted the older youth to teach bible studies or small breakout groups for the middle schoolers. I remember about 4-6 of us were chosen to go through SALT, that is, the Student Action Leadership Team. It was a program where students learned to lead other students in a Christian context. We did some mock bible studies and role plays and talked about ways to respond to questions we didn’t know the answers to.

And then we broke down into teams and led the studies. My partner was my friend Jamie Hemphill, who was a freshmen. And we led a few studies and small groups. I don’t remember being particularly amazing at it, and Jamie might have found me annoying, but I do remember having this sense of “hey, I like this…I wonder if I could do this long-term…”

I applied to college to study psychology–I applied to five colleges in all, four for psychology–but the fifth I applied for the religion department to study how to become a minister. Four of them gave me really bad financial packages, but the fifth gave me 100% tuition scholarship at Oklahoma City University. Looks like that was where I was being led to go! Four years later that same church approved me for candidacy in the United Methodist Church to become a minister.

God calls us into ministry, but I believe God uses people and situation as funnels for that call.

My call to ministry was a gradual process. There was no flaming dove that came down from heaven, there was just a little bit of empowerment that went a long way, that gave more saltiness to something that was already there that yearned for that saltiness. And I am forever appreciative.

And the youth minister? He is one of those rare persons who has the gifts for youth ministry throughout their lives. His name is Rev. Todd Spencer, and he’s serving currently as the Minister to Youth and YAs at First UMC in Colorado Springs, CO. I’m certain there are others whom he has helped discern the call as well.

Thank you, Todd, for passing the Salt. 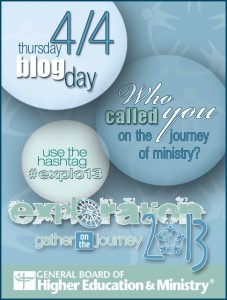 This blog post is part of the Exploration 2013 synchblog calling ordained and commissioned clergy to talk about “who called you on your journey of ministry?” Join the synchblog (even after today!) here.