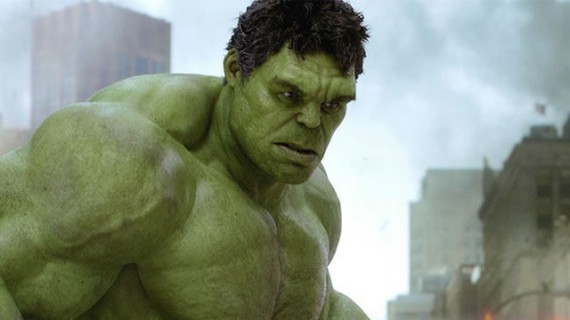 Finally got around to seeing The Avengers this weekend, which helps with my Joss Whedon cred. Good flick. But there’s one aspect that I wanted to write about.

And it’s about The Hulk. And discipleship. I promise!

Bruce Banner is a scientist who was exposed to gamma radiation and now becomes “The Hulk” (pictured above from the movie) whenever he gets angry or emotional. When we meet him in The Avengers, he has gone a year without becoming The Hulk. How did that happen? What’s his secret?

Turns out the secret isn’t yoga or meditation or medication. The answer is actually quite interesting.

These scenes turn the traditional understanding of the Hulk on its head. In the comics and in the previous movies, Banner keeps the Hulk at bay by keeping calm and not getting angry. But in each of these exchanges, Banner’s secret isn’t to keep from getting angry, it is that he is “always angry.” He just keeps himself from becoming too angry.

It seems to me that Banner dealt with anger not by keeping from getting angry but by making his baseline higher. That’s how people pass emotion-testing like lying tests. In the movies at least, they stick a pin or something in their shoe and through that pain, they set their baseline questions for emotion higher than normal. Then they let off the pin when answering a risky question so their “little lies” don’t register as spikes on the test. At least, that’s how I hear it works. 🙂

Somewhere along the line, Banner chose to use his anger in proactive ways rather than the indiscriminate destructive power of the Hulk. I would say it happened when Banner claims he “got low” and he tried to put a bullet in his mouth and the Hulk formed and spat it out. After that, Banner chose to live and to live in a new relationship with the emotion that drove him. That new relationship was not avoiding anger and stress but choosing to raise his persistent level of emotions so that spikes in emotion don’t set him off.

Per this understanding of the Hulk, I wonder how often we in our discipleship believe the key to discipleship is expunging all the negative parts of ourselves. We are told that being a disciple of Jesus Christ is to remove all the negative parts of ourselves, disavow them, take off the clothes of our old self and put on the white robe of baptism in Christ.

But that’s not my experience.

I get angry. I get angry when I see injustice, racism, the name on the news of a gay kid who committed suicide. I get angry. A lot of my friends are driven by righteous anger at the state of society, the church, their families and neighborhoods. They draw a line in the sand and say it will not go any further. And they commit themselves to doing the hard work of seeking justice and exhibiting mercy, on fire but not being consumed by their anger.

I get prideful. I start to think that I know what is best and that my perspective is the most appropriate for a situation. I get prideful. When I worked with youth at my last church, I knew firsthand from my own childhood in Oklahoma the difficulty of theologies that didn’t see men and women as equal in the eyes of God. In my pride, I knew it was better for the youth to have a different theology and understanding of themselves. So I committed myself to teaching a theology to youth that I believed was stronger and more adaptable…I was prideful indeed.

So I think that this is the genius of the Wesleyan system: personal and social holiness. We could pursue personal holiness all day and expunge all anger and pride from our lives. But it is often that same anger and pride that causes us to change the world around us.

But how do we keep from becoming bitter angry people who think they know best over all others? I think the difference is exactly what Banner found out with the Hulk.

In the movie, Banner actually uses a lot of anger. When we meet Banner, he is sarcastic, he is confrontational, he is insulting to the rest of the Avengers, he raises his voice. All these are forms of anger. He is surprised by Tony Stark who shocks him with a prod but he doesn’t lose control. He was even being emotionally affected by Loki’s staff and he didn’t lose control. Instead, because he had reset his baseline and had gained a level of control over his anger, so when the time came to transform, the anger did not overcome him and the Avengers won at the end of the day.

So discipleship isn’t an expunging of the human parts of you. Discipleship is the willingness to walk that fine line between anger and resentment, frustration and despair, pride and prejudice. To walk where Jesus walked, with the stressors and violence of humanity, not to retreat to a fortress of solitude. To use anger and pride in controlled forms to raise the baseline so that you are never overtaken by them. To burn without being consumed, to believe without rejecting reflection, to act and think without timidity, to be salty and not lukewarm.

And finally, that “baseline” stuff? You can use that for other things as well. When reading the bible or prayer or acts of charity seem like too big of spikes in your day, do them in little controlled forms until you are able to handle the larger studies, prayers, and service projects. By setting the baseline of your discipleship higher and higher, you become more comfortable with the human parts of your life even as you seek to live as the divine.

My take from The Hulk is that being a follower of Christ means to be “always on” and to have the moments of personal piety and times of social action be not spikes on our baseline but be the very waves that emit from the everyday source of our inspiration and practice.

Thanks for reading this entry in Nerd Gospel and click here to read more entries in this category.