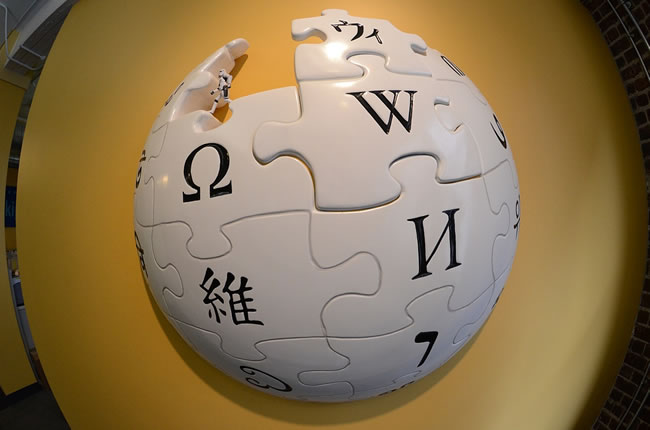 One of the first pieces that Hacking Christianity had syndicated on United Methodist Reporter was our series on “What the Church can Learn from Wikipedia” back in May 2008 (OMGoodness the blog is FOUR YEARS OLD). In those four posts, we talked about what would happen if the church structured more of its items like Wikipedia. Here’s those links from 2008:

This is relevant because a few months back the Encyclopaedia Britanica has ceased publication of its hardbound encyclopedias, which was a talking point for the wikipedia conversation in this way (from Part 4 above).

Consider the product of an Encyclopedia Britannica: a wealth of knowledge in a series of encyclopedias, written by experts in the field. If they stopped publishing it today, and the finished product of all the expert articles was the final say, it would slowly become obsolete. Like reading an old edition of the DCM claiming homosexuality as a mental illness, or religion books that claim Moses wrote the first five books of the Hebrew Bible, old knowledge is simply not permanently correct as societies change and science marches on.

Knowledge does not necessarily withstand the test of time. Indeed, there’s a half-life of knowledge. Like the half-life of plutonium or radioactive elements that slowly break down into nothing, knowledge also breaks down over time…New knowledge must replace old knowledge that cannot stand the test of time. Not all knowledge has a half-life, but most of it does. In this manner, Wikipedia far outdoes Encyclopedia Brittanica because it can remove the knowledge that has become obsolete much faster than a paperbound edition.

Seth Godin wrote about the differences between two entries on the new online Encyclopaedia Britanica and the Wikipedia entry, and I think his comments are important enough to re-open this series as…there’s new knowledge out there!

Consider this entry on Rick Santorum (free ), and compare it to this one from Wikipedia.

The first is out of date, sure, but it also seeks to end the quest for information. The Wikipedia entry, on the other hand, starts the quest. There are more than a hundred outbound links on the page, all designed to help the student explore and discover.

Does it hold together? Can you follow one link to another to another and understand a coherent story about the person you’re researching? If not, what’s not right about it?

Are there hacks and mistakes and sock puppet issues in Wikipedia? No doubt about it. If you have a few hours to waste, read some of the Talk pages, like this one on paella. But since Wikipedia has never taken the position that it represents the end of the discussion, that’s not really a failing.

Precisely. When you read a Wikipedia article, everything is cross-linked and you can search and seek out more knowledge. Outbound links take you to the sources so you can check for yourself if the information is accurate. The article, in short, offers more resources for the questions than simply answer the questions themselves.

For the Church, we often see Sunday Morning as the time when we provide answers and replace the wandering thoughts of the congregation.

In other words, the Church often seeks to answer questions or narrow the search terms for the questions. You’ve seen it, from the biggest Word-Faith congregation to the smallest rural congregation, they often seek to provide answers and give a satisfactory end to people’s thought processes.

But in churches that have a more open-system, they are more like the Wikipedia entry:

The point is not to say that one church is better than the other. Really. It is more a conversation about what type of person will be attracted to that church. If a person reaches for a 1978 encyclopedia, reads the entry, and says that must be the end of it, then there’s certain churches for that personality type. But for other people who visit a Wikipedia page and lose an hour reading through the links and the six-degrees-of-kevin-bacon nested links, there’s different types of churches for them that encourage questions rather than seek to answer them.

I think ultimately the question is how do we handle being finite; how do we handle being unable to answer all the questions that come our way. And when we seek answers or better questions, do we need a final say or are we comfortable with more avenues to explore, more outbound links.
Thoughts?
(Photo credit: “I’m contributing to Wikipedia” by Kalexanderson on Flickr, creative commons license)