Home/Church Talk/#UMC Poll: What regional resources does the West have? 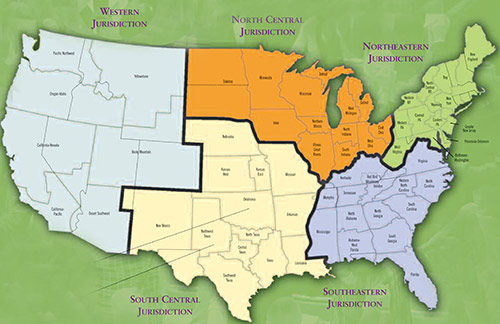 One of the effects of a representational connectional system like the United Methodist Church is the influence given to large churches. Large churches compromise larger shares of clergy employed, more votes at Annual Conferences, higher percentages of Apportionments (mission shares), and, increasingly, more worship spaces. One of the speculative reasons why the “100 largest United Methodist churches” were supporting the Call To Action is because the largest churches have nothing to fear from stronger bishops and narrower representation because neither would affect them much. In my former conference of Oklahoma, Asbury UMC led by Rev. Tom Harrison (of FaithfulUMC fame) contributes almost $1million in Apportionments. Truly, the large churches have strong influence on their Annual Conference.

But increasingly, our largest of churches have strong influence on their regions of Methodism as well. Including regions which may or may not resonate with their methods or approaches.

Fueled by Cokesbury and every pastor with steeple envy, the largest of our churches have significant book deals for their pastors and publish some of their small group and devotional resources and are now what my good friend Ben Gosden has called “regional resource churches” that offer their resources to other churches. For example:

While I’m the last to punish success, I am one of the first to wonder if the success is replicable in different contexts. While resources made by the General Agencies are focused on bettering the whole church, the ones made by regional resource churches are particular to their own context, even though they are bought by a diversity of contexts. But I wonder if those successes and helps translate across widely different contexts. Precisely put, while I’ve enjoyed COR curriculum and resources in the South Central, I wonder if their success is replicable now that I’m in the West (Portland, Oregon)?

So…here’s the question: is there a regional resource church in the West? Are there churches, not the size of Ginghamsburg or Resurrection, but churches that offer resources and ways of thinking about being United Methodist in the West?

I say this knowing that the way of being Methodist is different in different regions. I grew up in the South Central, I studied and served my first church in the NorthEast, served a church again in the South Central, and now will start serving the Western Jurisdiction beginning July 1st. So I’m perhaps better acquainted with the different ways of being United Methodist than others who have grown up only in one region. And one of the things I’m missing as I look around is a regional resource church like the other jurisdictions seem to enjoy.

So what churches in the Western Jurisdiction are providing resources beyond their borders that help other churches grow, thrive, or educate their laity?

And if there are not many, what kind of resources would you like to see? For example: