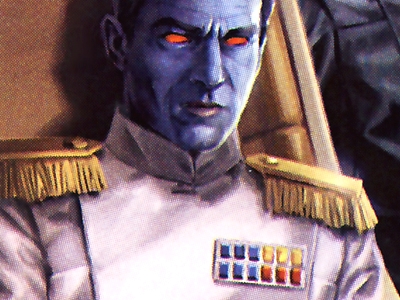 Star Wars is a sci-fi conflict between the Rebellion and the Empire. In the movies, it is a black/white conflict: The Rebellion is good, the Empire is bad. Even Darth Vader/Anakin who betrays and kills the Emperor is a really bad guy when you get down to it.

So when you read the blog post heading, your temptation might be to say “Sigh…Jeremy is painting the UMC as the evil empire again” or something like that. But I’m not. Given that I’m a star wars fan, I recognize that there’s a lot more going on below the surface of any side of the galactic conflict.

Here’s my assertion: I think the philosophical tension that is explored in the extended universe of Star Wars can inform the current conflict in the post-General Conference 2012 United Methodist Church.

In the extended Star Wars universe of the books and comics, there’s a lot more backstory and philosophy behind the values and actions of the Empire and the Rebellion. In Timothy Zahn’s latest book Choices of One, he succintly outlines one of the major understandings of the Empire: diversity is bad, unity is good. The Imperial Grand Admiral Thrawn (one of the most popular characters in the non-movie universe) compares the egalitarian philosophy of the Rebellion with the more hegemonic philosophy of the Empire:

“Thrawn didn’t think much of the Rebels…his study of the Republic had given him a dim view of any governing body that relied on the consensus of dozens of species, each of which had its own way of thinking about the universe and one another. In Thrawn’s view, a strong unified government was the only way the galaxy would survive…”

“[The Rebellions’] chances for long-term stability are nonexistent. Multiple species, with multiple viewpoints and racial philosophies, simply cannot hold power together for long. The dominant voice must certainly be wise enough to adopt ideas and methods from its allies and member peoples. But there must be a dominant voice, or there is only chaos. In this galaxy, that voice is the Empire…”

To Thrawn’s understanding, diversity is fine so long as there is a unity at the top. With so much diversity, they cannot hold power together for a long time one the dominant voices get challenged. With a ever-shifting leadership and consensus-building taking time, a diverse organization–be of worlds or of churches–needs a strong unity in leadership that adapts to its constituents.

Thawn’s understanding is admittedly the most charitable of the Empires. Given that he is an alien (he’s pictured above with blue skin and glowing red eyes) and the only alien to achieve the rank of Grand Admiral, his appreciation of diversity is more expressed. With the other warlords, they are not so charitable. In A New Hope, one of the first words uttered by Grand Moff Tarkin is “The Imperial Senate will no longer be of any concern to us. I’ve just received word that the Emperor has dissolved the council permanently. The last remnants of the Old Republic have been swept away…the Regional Governors will now have direct control over their systems.” Thus, the diverse Senate of beings has been subjugated under the dominant voice which is likely more dominant (and human-centric) than Thrawn would have wanted.

The United Methodist Church is also enmeshed in this same philosophical conflict. The Call To Action process, the UMC movement that this blog has been covering with no less than 30 blog posts over the past year, did not succeed at General Conference 2012 in one very important area: the total church reorganization known (eventually) as PlanUMC. As I posted the point and counterpoint on this blog, the reasons for its failure lie in constitutional interpretation. And article after article of responses post-GC have blamed this failure on Bishops, intractable leadership, fearmongering, playing-it-safe, the Gays, the South, the framework of the church, and me (yes, I have documented accusations…as if I had that much power…muhahaha). I refused to participate in the post-GC madness in favor of my typical approach: the long game. Perhaps it is better that I’m now on the West Coast as I’ll have two more hours in a day to reflect on world events. Maybe.

But to the point: the persistent claim is found in several forms that a narrow unity is required to guide the diversity in the United Methodist Church. For example:

However, in our United Methodist tradition, there’s a strong understanding of Unity in Diversity that must be intellectually and ecclesiologically deemed as valid as well:

The most common response to this is that “my church has a small board at the top, why is that a problem for the UMC?” While it is true that most churches are structured under a model where a small administrative board runs the church, they are also dealing with a smaller less-diverse culture. Even in a megachurch like Church of the Resurrection, the culture of the church is certainly narrower than the culture of the global Church or even the South Central jurisdiction. So comparing a locality to a global concern is an ecclesiological error, in my opinion, as it misunderstands the role of the church in comparison to the role of the Church (big C).

Unity in Diversity, or Unity over Diversity?

The UMC is constantly deciding whether, philosophically and ecclesiologically, they are more like the Rebellion or more like the Empire. Whether they believe that the entire church can govern representativly from its diversity, or that a narrow unity must govern with strong deference to the diversity of the church.  Whether there’s a constant fear of chaos or a constant fear of an intractability out-of-touch hegemony. Whether they become more Catholic in their connectionalism, or more congregational in their connectionalism. It’s a tough decision that truly hits at how we view ourselves as the Church.

The question comes up more and more now that the narrow unity of US dominance is being displaced. Non-US delegates at General Conference came in at 40% this year. By 2020, there’s little reason to believe that the US will not be under 50% of the global church. How then can a narrow unity govern? But more importantly…how can a global diversity govern either?

In Star Wars, the answer became clear: the tendencies of a narrow unity to govern from their hegemony had far more disastrous effects on the galaxy than the “controlled chaos” of the Rebellion (Republic) model. While the pendulum swings further to one side or the other depending on the situation and the decade, the UMC could fare better numerically and in their relevant social witness if they are allowed to have more contextual freedom in our post-modern society and culture. Or they could be more attractive if they have strong identity and fixed doctrines that whitewash nuance in an “anything goes wishy-washy” culture.

I don’t know. But I’m excited to find out as I begin my new appointment in the UMC this coming Sunday in a new church, new city, new state, new region of United Methodism that I know little about. How will we be the Church? And can Sci-Fi inform this discussion in helpful ways?

Discuss. Thanks for reading. Good to be back.