Home/Church Talk/Jesus in an Orange Jumpsuit 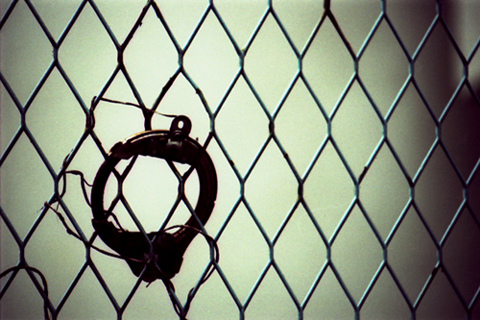 Then they laid hands on him and arrested him

Jesus in an orange jumpsuit.  That look on his face.
Detained without charges at Guantanamo.
Immigration police taker her in the night to deport her.

The chief priests accused him of many things

The Messiah, bullied on the playground. Bullied in church.
Pepper sprayed.
Solitary confinement.
Afraid of her husband.

After flogging Jesus, he handed him over

Christ, waterboarded.
Convinced by fear that her only way is working the street.
Gang raped by soldiers.
Homeless, arrested for trespassing.

The Son of God unemployed on the Reservation,
his language forgotten, his history buried.
Arranged at 14 in a marriage to a 45 year old.
Kept out of view in an asylum.

Then they led him out to crucify him.

A rape victim murdered for shaming her family.
Onlookers gather to watch Jesus receive the lethal injection.
Silenced, even her grief taken from her.

The centurion said, “Truly this man was God’s Son!”