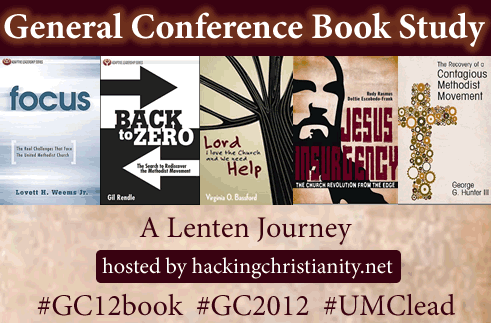 In her book “Lord, I Love the Church and We Need Help” Rev. Virginia Bassford writes story after story to illustrate her points of need in the United Methodist Church. It’s a terrific read with several laugh-out-loud moments (like slapping a lamb) where I really felt a connection, a relationship with Bassford, a digital trust in her quirky wisdom. It is precisely that type of relationship, of a shared mutuality, that Bassford believes will save the church.

Bassford writes from her experience of being both a pastor and a district superintendent in Texas. She has lots of good practical advice for how churches will navigate the Church Metrics phenomenon. For example:

In short, relationships are about trust. Trust, then, is one of the sinking qualities of the church according to the Call To Action report. Trust in the Bishops to send good pastors to the local church, trust in the pastors to shepherd a difficult appointment, trust in the missionaries that they are doing good works abroad or across the street. Heck, trust that the secret you told your Sunday School teacher will stay between you.

Diane Butler Bass writes about four major events that tainted the public perception of religion in general, and they all revolve around trust:

So when you couple cultural despair over religion with the actual cases of distrust in the local congregations, spread wider and wider through an increasingly global and news-hungry world…and there is little wonder that trust is both the biggest challenge in the church and the one that we need the most.

But the thing is that…there are PLENTY of committed people to reviving the church. Whether progressive or conservative, hipster or traditional, old or young, ethnic or stale white, there’s a group committed to revival and discipleship in every stripe of every church. What keeps them from working together?

We are suspicious about growth in our “rivals'” backyard. This is evident in the comments on my previous post on the Hegemony of the South. We are not willing to give up some theological points to do joint worship services (though sometimes the differences ARE irreconcilable depending on the goal of the event). When we get to the political nature of the church, we elect delegate so that “our side” has more than the “other side.” We do lists and slates and “suggested votes” and distribute cell phones to African delegates so that we can text them how to vote.

And so we work alone, building up parallel churches alongside each other in the same denomination.

“We know that isolation is the enemy of improvement in education–and in all other professions.” page 79

Isolation and echo chambers have made our denomination where it is today: parallel ways of doing church.

From Bassford, we also get clues as to how to fix these deep-seeded issues and distrust. She articulates a really great “Cup Theology” on pages 52-54. Basically, God’s grace is continually pouring out into our cups, but because of our sin, it leaks out the holes in the bottom and we are never “full” of the spirit. If we fix the holes, then the whole thing overflows from the top and we are pouring out God’s love on each one.

If we make this image communal rather than individual, then we see that the holes in our communities can’t be held up with one hand. They are dams with a patchwork of fixes needed. Each hole filled forces more water out the remaining ones, and even if we take off our shoes, there’s too many crevices to fill.

What it will take is for these groups and individuals to stop isolating ourselves and practicing non-engagement with the ‘other’ and actually spend time building up relationships with each other. Perhaps then, we can find the common ways how we can patch the leaking bottoms of our chalices and allow God’s grace to flow out the top. If we can put our animosity and our parallism in abeyance, floating somewhere ephemeral, then we might, just might, figure a way to do Church-ing together.

It’s a pie-in-the-sky vision, but at least through Bassford’s use of narrative, we have a glimpse of how to get it done.