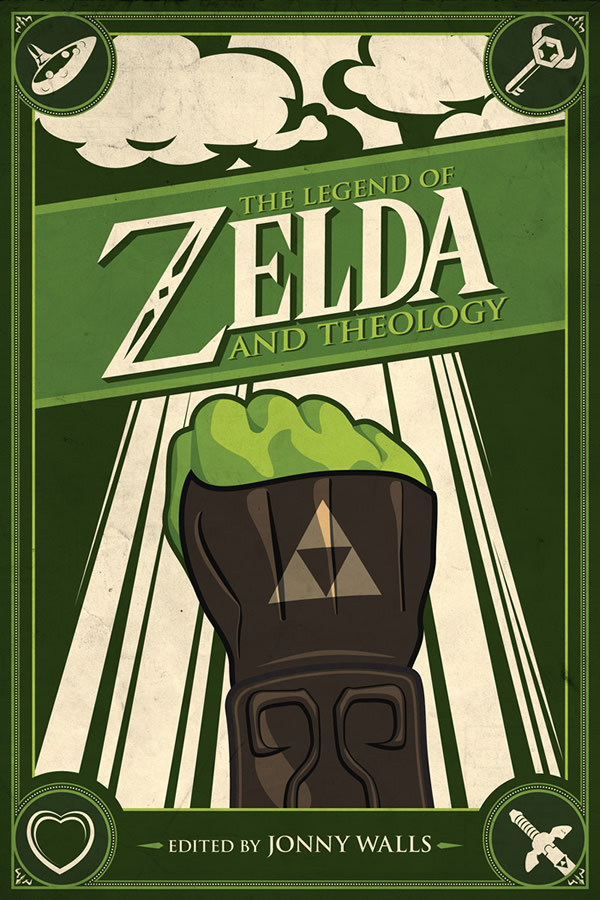 The silence you hear that started this past weekend is due to the newest Legend of Zelda game being released on the Wii.

In coordination with this release, Hacking Christianity has contributed a chapter to the new book The Legend of Zelda and Theology, coming out in a few weeks (you can pre-order it on Amazon.com now). Here’s the teaser of the book:

The level of interactive adventure, exploration, immersion and storytelling The Legend of Zelda brought to television screens across the world was unheard of and it planted an integral seed in the garden that one day would grow into the diverse gaming landscape we know today. Far from stopping there, The Legend of Zelda series has continued to release top-shelf games adored by critics and fans alike.

Zelda, like all of our greatest fairy tales, legends and myths, presents that elusive and exclusive kind of enlightenment that only the fantastic can provide. In this collection, various contributors explore the connections between this cultural zeitgeist and theology.

I grew up playing Legend of Zelda so when a good friend informed me of a pop culture theology book (ala The Matrix and Philosophy or Star Wars and Philosophy) that was centered on the Zelda universe, I jumped at the chance to contribute.

There’s about ten contributing authors to this compilation. My chapter preview is below.

Portals, Prophecy and Cuccos: Considerations of Power in ‘A Link to the Past’
Rev. Jeremy Smith

As a child, one of my first lessons in ethics came from a chicken in The Legend of Zelda: A Link to the Past. In the game, there are chickens called cuccos running around and I would laugh at their cries of fear while swatting them with my sword. One day I was showing my brother this hilarity when, unexpectedly, a hundred cuccos stormed on screen pecking mercilessly at me as they flew by. In an unfortunate coincidence, I was down to one or two hearts of life energy at the time and, to my childhood horror, actually died as a result of my cucco torment. It was a harsh lesson: don’t mess with the cucco…or at least don’t mess with them too much.

It’s also a lesson on ethics because the scenario with the cucco is a question of how to use one’s power. The Zelda universe is primarily a story about good v. evil, of course; but more specifically, it is a story about the use of power. One of the iconic artifacts in the Zelda universe is the Triforce: three interlocked triangles who grant the bearer significant power. The protagonist Link thus embarks on the hero’s journey from powerless to merely underpowered compared to the antagonist Ganon.

The ethical considerations of the use of power are a persistent theme in the Zelda series, in general, and Link to the Past, in particular. In engaging this topic, LttP contains numerous references to the Christian journey and the role of power in our everyday lives. Much of Christian theology is about good and evil, certainly, but also the use of power: the power of Christ to break the chains of sin, the power of Christians to overcome injustice and oppression, the restrictions placed on Christians in authority, etc.

Through examining the hero’s journey in this story, the role of power comes to the forefront: what does power do to corrupt or purify one’s desires? We will outline three problems of this particular world that serve as lenses to our own ethical behavior in the analog world.

So check out the book (sadly, no kindle version yet) and I’ll post a review of some of my co-contributor’s chapters…once I actually see them! Ha!