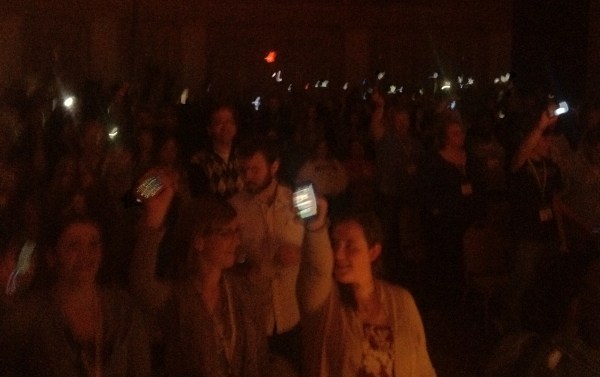 So far in this blog series, we’ve acknowledged uncertainty as a part of the grace given to us at baptism. We’ve allowed uncertainty to be a part of our life as we hit the roadblocks in our journeys. Now we come to the point when we challenge uncertainty and make inroads into our call.

The twitter stream of updates indicates that many of the small groups reached a fever pitch in excitement about their calls, even if they don’t know what they are. Little wonder: On the first night, Adam Hamilton gave a realistic portrayal of the status of the United Methodist Church and how they were their only hope. On the second night, Bishop Robert E. Hayes Jr. of Oklahoma (my bishop) talked about his conviction that the next 15 years of the UMC will be as formative as the last 50 years. The preaching had the intended effect: this group is pumped and excited about what roles to do.

Today, it falls to my friend Shalom Agtarap to rock it and bring it home: these are the avenues to follow your call in. These are the grooves that have been etched in the ground that your call will have the most effect on and pick up speed. Your direction of your call may not be set, but there are ways you can interact now with the world and change it.

When I think of call, I think of Andy Dufresne. He’s a character in the movie The Shawshank Redemption that came out probably the year the youngest of the Exploration young adults were born.  Andy was a banker who was falsely accused of murder and he was sent to life in Shawshank prison under the authority of a corrupt warden and a sadistic prison captain. While there, he met a fellow prisoner named Brooks, an elder prisoner who has been inside for fifty years. Brooks is well-liked and runs the prison library very well. He is accustomed to the rules of the prison, but what happens when he gets out? He can’t adapt, he can barely bag groceries, has no idea how to use a portable phone. He can’t handle his new freedom, his life without structure. He tragically ends his own life rather than adapt.

A fellow prisoner described it like this: “The man’s been in here fifty years. Fifty years! This is all he knows. In here, he’s an important man. He’s an educated man. Outside, he’s nothin’! Just a used up con with arthritis in both hands.” When Andy hears of this, it’s a turning point for him, the moment where he decides to put his long-laid plans to escape from that prison in action. He says the memorable line, ”Either get busy living or get busy dying.”

We also live in prisons of our own or our families’ creation. We live in a culture that keeps on punching as down.

So my hope for these young adults is that they do some punching of their own: punch holes in the darkness, as Adam Hamilton quoted the first night. That they get busy living into that call, that they risk some comfort to try out a path of their call, that they have the courage to turn from one path that isn’t working onto another.

The call is heavy, make no mistake.

But can I tell you something?

From this weekend’s uplifted songs to the preaching to the small group reflections, I can say with conviction that….the call? The one placed on my heart?