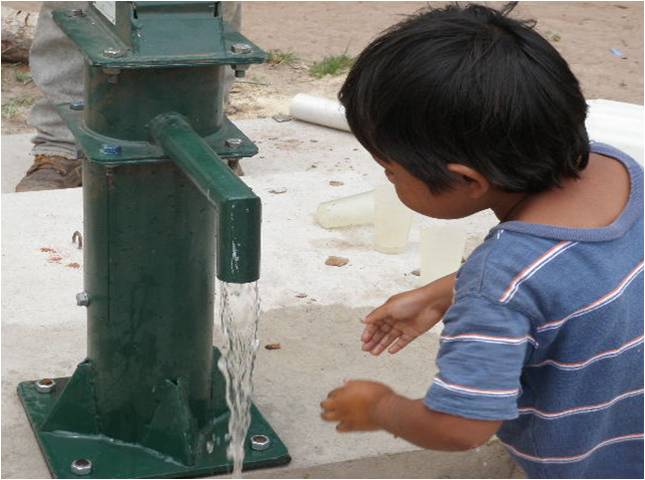 My pastor in high school was Rev. David Stephenson, who is now a Reverse Missionary to Bolivia. On one of his many trips to the region, he sat next to someone who had the following conversation:

I sat next to a guy on the airplane on the way down here yesterday, and he asked what I do.  He didn’t seem religious, so I just told him about my work with Engineers In Action. He seemed shocked to find out 1 in 9 children die by the age of 5 (found out from the government that it is reduced to 1 in 10 – Progress! Around 10,000 less children died in 2010 then in 2007! Yay!)

He then said, “Why are you saving those kids lives? They’ll just add to the population explosion and add to the problem of hunger.”

Holy carp. I nearly flew out of my seat when I read that line. We have no idea how David handled such a statement. Actually ::reads more:: looks like we do! David continues:

The engineer in me (charts, graphs, numbers, spreadsheets, science) screamed for me to say, “It would actually be better for the world if YOUR children died, because they use 100 times more food, 1,000 times more potable water, and 10,000 times more energy and oil (I made up those numbers – but you get the point). But the pastor in me said, “No Dave, don’t speak the TRUTH to this guy. He couldn’t handle it!”

What I did say was: ‘The problem is not having enough water or enough food. The problem is getting to the water, to drink and to irrigate with. There is good clean water in virtually every town of Bolivia. It’s just below ground. Down 20, 30, 50, 100, 150 meters there is clean water just waiting to be used to drink, water livestock and irrigate crops…God’s given us the water and the technology of how to clean up the surface water and how to reach down into Pacha Mama and drink from her stores of clean water. We just need people who will sacrifice a little to bring water to those who do not have it.”

To me, the statement reeks of teleological ethics, or ethics that are focused on outcomes not methods. To a person whose ethical system revolves around results, then saving dying children certainly doesn’t help the population problem which seems like the bigger problem.

But to me and to hopefully most sensible people, the bigger problem would be if we sacrifice children and third-world countries as our method to deal with the population problem. If we lose our soul, what have we gained not only as Christians but as humanity?

With Bolivia, the water is under the surface and people like us know how to get down there and retrieve it. If God has given us this knowledge through the privilege of our country of birth, then we are called to share that knowledge to help others reach the same level.

One final point is that usually problems are linked: the problem of population growth would seem to be fixed by killing more people off, but as David has observed, it seems to be fixed by healing people!

There is an odd phenomenon that happens. As the infant mortality rate falls, eventually so does the pregnancy rate. We have seen it over and over here in Bolivia. There is a lag time of a generation, and therefore some population growth for 10-20 years. But often times the birth rate will come back into alignment. But obviously, once you solve one problem, it leads to an additional need (good plentiful potable water leads to sanitation issues for example). That is why we stay involved in communities for 5 years or longer, building those additional facilities that are needed.

As Paul writes in Hebrews 12, “let’s run the race that is laid out in front of us.” Help us remind ourselves that Missions is not a sprint but a marathon: one lived out in relationship with others, one with ethical considerations to methods and outcomes, and one that is constantly allowing questions of how we run the race being as important as finishing it.