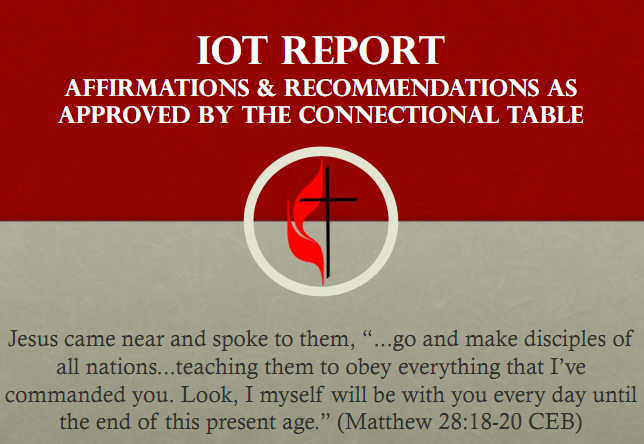 Here we go. The Connectional Table, the most influential committee in the United Methodist Church, has endorsed the proposals of the Interim Operations Team. The top executive Mary Brooke Casad blogs about it this past week:

Actions taken by the Connectional Table during its July 27-28, 2011 meeting in Nashville, Tenn. have sent a ripple across The United Methodist Church. Members voted to support recommendations made by the Call to Action – Interim Operations Team that put in place the first steps for changing denominational processes and structures. I believe when United Methodists look back in time at the 2008-2012 quadrennium, we will see it as one of the most pivotal moments in our denomination’s history.

There is a full powerpoint (PDF) of the recommendations, and Casad outlines them for us, but here’s the basics with my obnoxious commentary:

So this is the most concrete proposal yet based on the CTA: dedicating money to these initiatives, restructuring the global UMC bodies, giving power to bishops and expecting them to remove non-fruitful pastors so that their churches could become vital (because surely it’s because of the pastor), and financial strong-arming of annual conferences/agencies.

I actually agree with Casad: this is a pivotal moment when the church gave up its discernment to business-based consultants to conform to business culture and values rather than the counter-cultural values of the Kingdom. Sure, they will overlap in some areas to give legitimacy, but the focuses are completely different:

Thoughts? What do you see or not see? Questions as you read the powerpoint? Post them below!