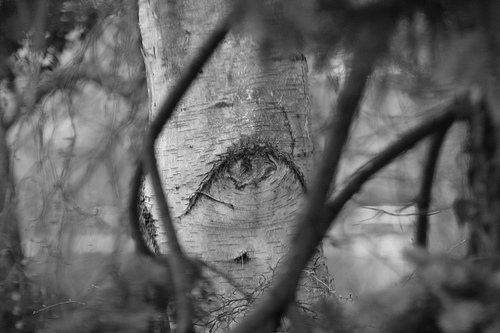 We often think of the person of Jesus Christ and his mission as being unwavering: single-minded to the task set before Christ by God. But at least twice in the Gospels, it appears that Jesus is vulnerable to human actions affecting his own personal dedication to the mission.

In the Lectionary reading for next Sunday, Matthew 16:21-28, Jesus says the following to Simon Peter when Peter rebukes his words.

Jesus turned and said to Peter, “Get behind me, Satan! You are a stumbling block to me; for you are setting your mind not on divine things but on human things.” [NRSV]

[Jesus turned to Peter and said, “ Get behind me, Satan. You are a stone that could make me stumble, for you are not thinking God’s thoughts but human thoughts. ”[CEB]

When you read that section, you see that Jesus is saying that Peter could cause him to stumble. Do you see the ramifications of this? The unbelief of Simon Peter, august among all the disciples, could cause Christ to stumble in his mission? Seriously?

I see this interpretation finding credence in Mark 8 where it takes Jesus two tries to heal a blind man (the first healing causes him to see Ents, for the LOTR inclined).

Jesus and his disciples came to Bethsaida. Some people brought a blind man to Jesus and begged him to touch and heal him. Taking the blind man’s hand, Jesus led him out of the village. After spitting on his eyes and laying his hands on the man, he asked him, “ Do you see anything? ”

The man looked up and said, “ I see people. They look like trees, only they are walking around. ”

Then Jesus placed his hands on the man’s eyes again. He looked with his eyes wide open, his sight was restored, and he could see everything clearly. [CEB]

In both of these situations, the Disciple’s lack of understanding precipitates the exchange. In Matthew, Simon Peter has JUST affirmed Jesus as the Christ…then rebukes Jesus when Jesus says he must die and rise again. In Mark, Jesus is trying to explain AGAIN to the Disciples the mission behind his miracles and they still don’t get it. In both cases, a lack of understanding of Christ’s mission predicates both the affirmation that Christ’s mission is vulnerable (Matthew 16) and his ability to perform miracles seems impacted by it.

What do you make of this?