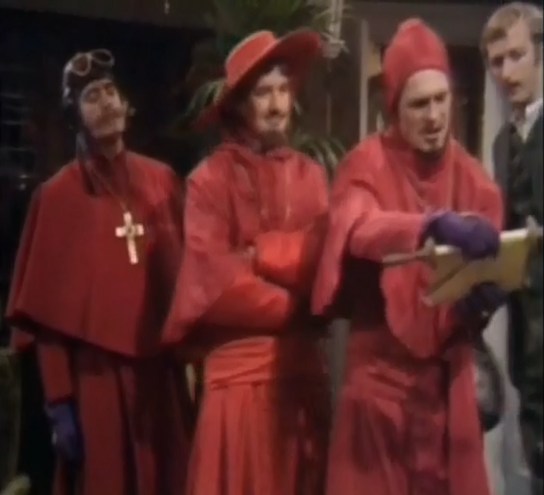 A few weeks ago this blog participated in a discussion on a social media policy and the United Methodist Church (C911: Church Looking Over Online Shoulders?). Since then, the UMReporter interviewed me, other bloggers, and the Kentucky Annual Conference officials and posted their writeup on the discussion (Clergy debate monitoring of social media). I was pleased with my quote as I think it accurately represents me and fairly represents my thoughts:

“An institution’s first response is to regulate anything we don’t understand…rather than to see its positive potential,” [Smith] said. “Do you educate pastors on how to use social media, or do you rule by fear?” He’d like to see annual conferences offer workshops on what to post online—and what not to post—rather than adopting a monitoring policy.

I was impressed by the great questions the reporter asked me…but I must admit being disappointed in the final article. The article focused more on the ‘controversy’ than on the substance of the debate and the comments that were substantive distracted from the conversation. For instance:

I’m leery of stories that play down a controversy and seek to give the official stamp of approval on the Board’s actions, saying it is three years old and no problems. The article consistently used the term social media “monitoring” rather than “policing” even though the Board obviously has punitive powers and thus policing is more appropriate IMO. It feels like a chilling effect on this very conversation and this blogger will not play along, even if it keeps me from UMR interviews in the future. Fine.

While the article didn’t need to focus on me, my primary expressed concern is of a chilling effect on theological conversation and personal integrity.  In other words, does one ask the questions of the heart when they are being constantly recorded? This was barely addressed with the following exchange:

Many bloggers wondered if the policy could discourage candidates from engaging in honest debate over hot topics.
“Some of the best theological and moral discussions I have had of late have been on Facebook.,” wrote Mr. Bevere. “Such a policy will ultimately have a chilling effect on serious theological and ecclesial discussion and debate.”
“This policy has very little to do with speaking prophetically,” Mr. Grieb counters. “What this policy does speak to is the sort of speech that is flippant, degrading and not becoming of a United Methodist ordained clergy person.”

If that is the case, Rev. Grieb, then why does the document itself read (h/t Rob Rynders):

I agree to and understand that material that would be deemed questionable in light of the Social Principles and Doctrinal Standards of the United Methodist Church or that would show lack of judgment in understanding the standards and ethics of a United Methodist clergyperson will be determined by the Board of Ordained Ministry and my assigned Barnabas Team.

The latter half clearly speaks to the issue that KY originated the document with (a pastor writing dumb stuff online), but the former expands it to include doctrinal musings. The policy, as written, could easily (1) misconstrue online posts written to one’s pseudo-public circle of friends and (2) prohibit honest conversations about doctrinal or theological viewpoints because it’s all “on the record of the BOM.” We won’t know if this policy has been used to ask doctrinal questions of candidates because candidates likely won’t talk and the BOM won’t publically report such things (thankfully).

I personally think that there are times when being able to ask questions is healthy. I ran a pseudonymous religion forum for 5 years. I asked lots of questions and had vigorous debates with people of all walks of faith and no faith. I was able to post “here’s what I’m struggling with” theological questions without fear they would be traced back to me or affect my ordination process. I would not be at the level I am today without being able to ask questions on that forum without worrying they would impact my real-life identity.

Since my original blog post, I was contacted by one young clergy candidate in another tradition who told me privately that they would not consider ordination in an annual conference that had required monitoring. Here’s a quote:

If I had to show people from my [district] everything on my page it would look very different because I would – like so many certified candidates and provisional elders/deacons already do – live in fear of everything I posted ruffling the wrong feathers.

Ruffling the wrong feathers? What does that mean? Does that mean they are objectionable or lewd or the candidate above is afraid of integrity? No. It means that words have different meanings in different contexts and one’s voice and tone comes from a relationship with that person.

For example, I have youth and pastoral acquaintances as friends on Facebook and I don’t allow them access to my wall. Why? Text does not always convey emotion, sarcasm, or irony. A digital native like myself who grew up online is better able to express and sense emotion than digital immigrants who are not as experienced. I wouldn’t want either of those groups to misunderstand me, especially my youth who may be digital natives but not mature ones.

To all this, I have to fall back on my original comment: organizations work best when they have a release valve, a water-cooler where employees can complain, an online space where clergy can let their hair down and not have to have on their clergy face. This does not mean these people do not have integrity…quite the opposite! Integrity is having a space where friends and family can hold you accountable. I truly don’t think digital immigrants understand this. A water cooler is where employees hold each other (and the management) accountable. A closed facebook page allows for those conversations with trusted friends. Read the comments on my original blog post and they explain better than I can. As Debra Avery comments:

We are called to model behavior but no amount of “big brother” activity will enforce the doing of that. In fact, as others have suggested, this kind of policy simply moves clergy deeper into the closet of hiding…all kinds of behaviors

In conclusion, though it is a bad analogy, I think our approach to sexual harassment in the workplace and social media policy have parallels. We do not tap phones or record clergy at their homes to monitor sexual harassment…we offer required education and followup procedures and accountability, not only to cover our due diligence but also to open people up to the scope of the problem and protect our clergy from being thoughtless or malicious. Why then do we police social media instead of take the time to be educators? Because it is easier to read a website or a facebook page?

Perhaps those of us who are in this field need to step up and start offering our expertise. Oh wait, I already have:

Thanks for your comments and welcome to our visitors!